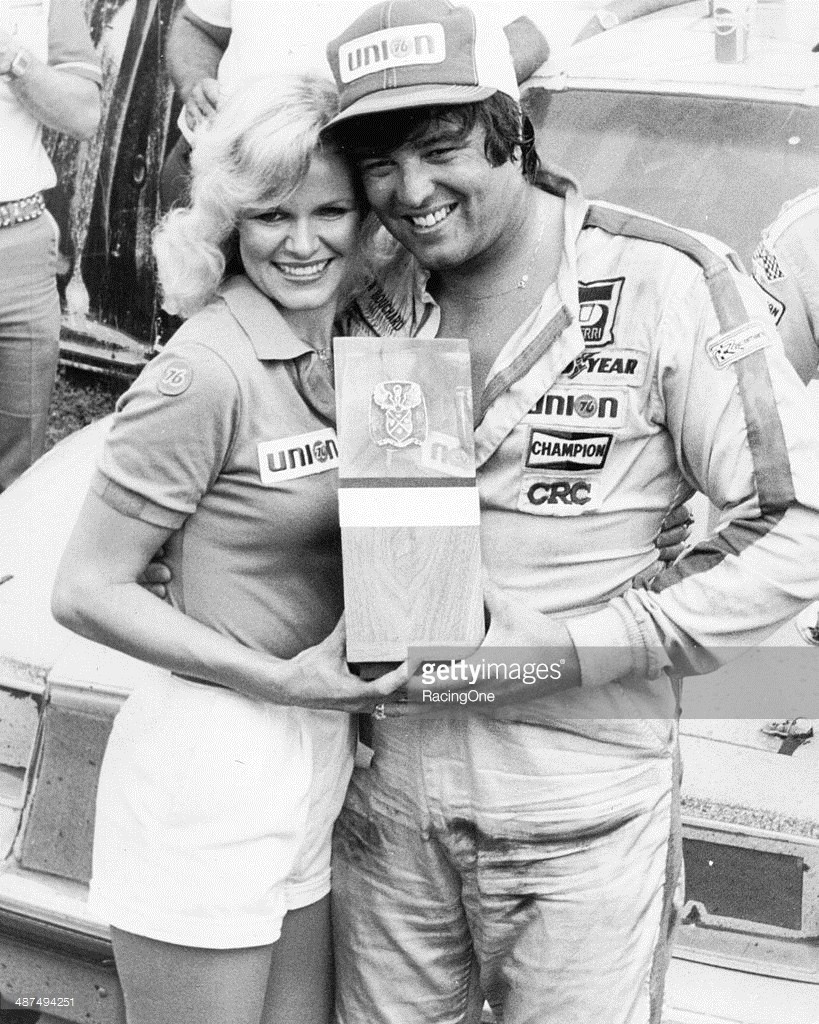 As part of the NASCAR Winston Cup tour in 1981, the learning of Ron Bouchard’s passing on Thursday came as a shock after hearing he lost his battle with cancer. Immediately my thoughts went back to that hot August day at the then-called Alabama International Motor Speedway, seeing his No. 47 Race Hill Farms Buick rolling down pit road after the race. With the Alabama standing-room only crowd cheering loudly, all came to their feet to salute his upset win along with everyone else on pit road that couldn’t have been any happier for Bouchard and his popular car owner, Jack Beebe.

For the short time he raced in NASCAR’s premier series from 1981 through 1987, the Talledega 500 was his only major victory, but his presence in the garage area was deeply felt by many of the competitors. He became fast friends with many of the officials and racers and was so well respected with the likes of Dale Earnhardt and Darrell Waltrip, quickly becoming a part of the NASCAR family with his gleaming smile.

“Ron Bouchard’s passion for racing was evident from his very early years in NASCAR. Competition fueld Rom, whether racing Modifieds at short tracks across the Northeast or winning rookie of the year honors in NASCAR’s premier series. He loved this sport, and made an indelible mark on it, one that won’t soon be forgotten.

“NASCAR extends its condolences to the friends and family of Ron Bouchard, a true racer.”

A native of Fitchburg, Massachusetts, Bouchard won the 1981 NASCAR Rookie-of-the-Year title over such names as Morgan Shepherd, Tim Richmond, and Joe Ruttman. He started 160 Winston Cup races with his best finish of eighth in the Cup standings in 1982. He earned 19 top fives and 60 top 10 finishes.

Coming out of the NASCAR Modified ranks, Bouchard’s driving quickly made him a standut, winning track championships at Stafford Springs, Thompson, and Seekonk speedways before getting the call from Jack Beebe after former driver Harry Gant went over to the Burt Reynolds/Hal Needham Skoal Bandit team starting at Darlington in 1981.

He will always be remembered for his marvelous attitude with racers and fans, alike. His impact was felt throughout the sport and although he only had one NASCAR Cup win, he did it in style that was seen by only the attending crowd on site. 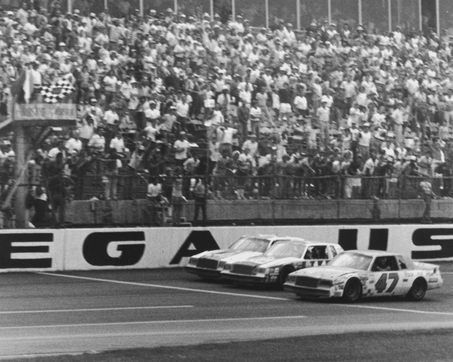 Heading to the finish, Bouchard stayed in line running third on the white flag lap, following along until Terry Labonte made his move on Darrell Waltrip’s outside, leaving the bottom wide open and with the draft of the two cars side-by-side, rocketed Bouchard forward to the lead and to the win in a photo finish.

Bouchard tells the story this way: “Coming off the fourth turn, I was behind Waltrip and Labonte when Terry decided to pass Darrell on the outside,” Bouchard told reporters following his Talladega victory. “When he moved up, Darrell moved up to get in front of him. When I saw that, I just shot down to the inside, and moved up fast.” 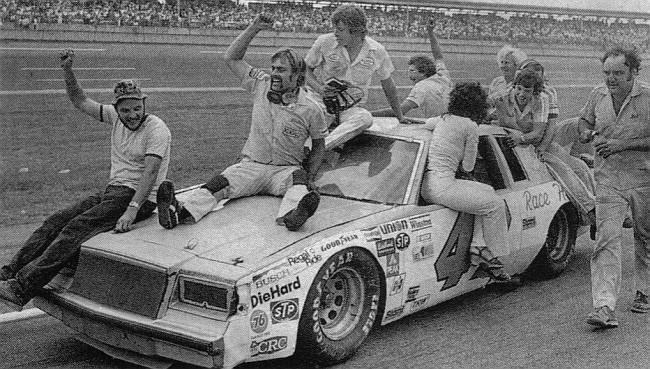 Bouchard’s father was watching the race on CBS with Ken Squier and David Hobbs giving the play-by-play, when suddenly his screen went blank with audio only with three laps to go. The production trailer at the track was told the video was off the air due to a phone technician cutting the cable in the immediate area, leaving the announcers on but no video for the country. Ron’s dad was so mad at not being able to see his son win his first race, he literally picked up his TV and threw it against the wall. CBS replayed it later and he finally got to see it.

Ron Bouchard, thank you for all the fun we had. You will be missed. Godspeed.