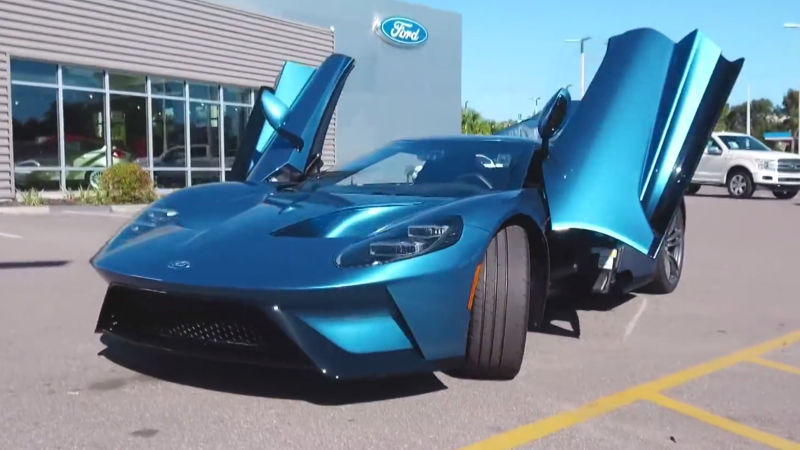 John Cena is in big trouble with the blue oval. Before the Ford GT went on sale, Ford announced that a lucky few (around 500 or so) will be able to purchase the all-new Ford GT at around $450,000. Ford hand-picked the potential buyers, a pool consisting of celebrities, athletes, and influencers. It was a no-brainer for  Ford for selecting Cena out of 7,000 applicants, who is a well-known car collector in his own right, even owning the 2006 Ford GT.

However, John Cena did with a $450,000 car what my dad does with a $4,500 Fairlane; flipped it and kept movin’. Since buyers were contractually obligated to hold onto the car for two years before selling it, Ford is making an example of the invisible man. Who took delivery of his GT on September 23, 2017, and sold it less than a month later on October 20, 2017. Ford wants Cena to hand over any profits he made from the sale and is also asking for compensation for “other damages including, but not limited to, damages for loss of brand value, ambassador activity, and customer goodwill, which exceed $75,000.” Cena was even quoted in his car Vlog John Cena: Auto Geek that he “needs a new change of pants,” after taking the GT for a spin. Maybe too much info but the bottom line — he loved the car. 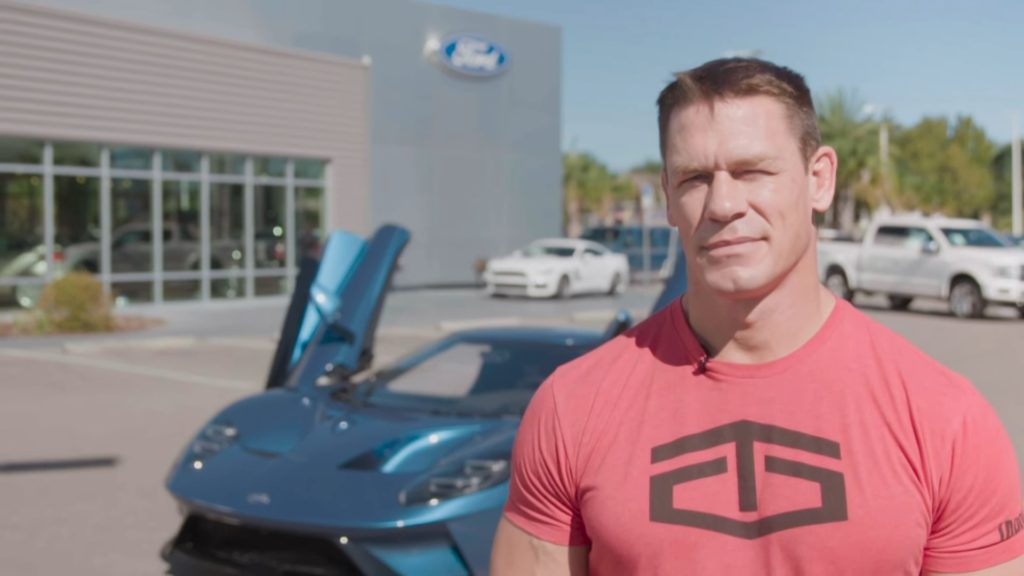 Mr. Cena has unfairly made a large profit from the unauthorized resale flip of the vehicle, and Ford has suffered additional damages and losses, including, but not limited to, loss of brand value, ambassador activity, and customer goodwill due to the improper sale.

So why did Cena sell the car if he loved it so much? The lawsuit notes that Cena sold the new GT in order to simply pay bills. Cena and his fiance are currently planning a lavish wedding next year so there may be some truth to this. Nevertheless, this isn’t stopping Ford from going at him. Cena promised to make this “unlawful sale” right, but Ford claims he has failed to do so.