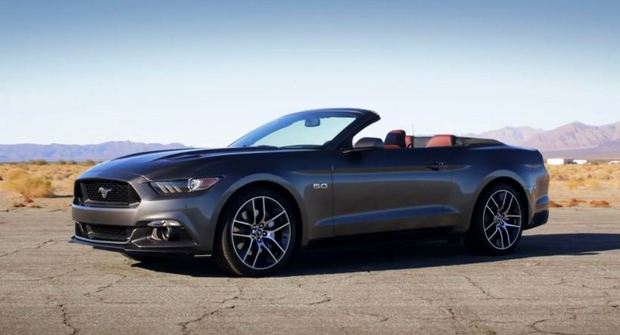 Ford is celebrating 50 years of the Mustang, and they’re placing one on the observation deck of the Empire State Building to commemorate the achievement.

But getting a 2015 Mustang Convertible onto the narrow observation deck of one of the most iconic buildings in the world is no simple task.

Here’s how they did it:

Ford is also offering a special 50th Anniversary Edition 2015 Mustang, which makes its debut at the New York Auto Show. Only 1,964 examples will be produced, a number that matches the first year of the car’s production.

All 50th Anniversary cars will be powered by Ford’s 5.0-liter V8 which is estimated to produce more than 420 horsepower and 390 lb-ft of torque. Of course there will be plenty of other anniversary adornments to make this car stand out from the rest.