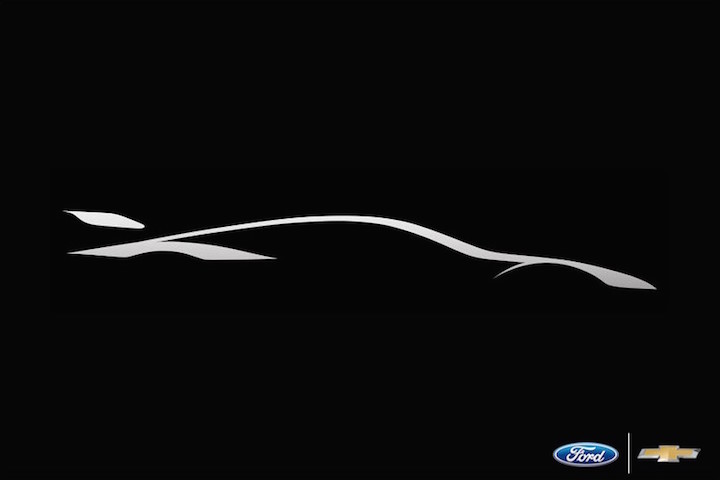 Yes, you read that correctly, Ford and Chevrolet will team together to develop a vehicle set to debut later this year. Now before you do anything drastic, they aren’t building any sort of “Camstang” abomination but more of a race track specific hypercar. Ford and Chevrolet wanted to put out an American hypercar in order to compete with such cars as the McLaren P1 and Aston Martin Vulcan. This wouldn’t be the first time the Blue Oval teamed up with the Chevy Bow Tie. In 2013, the two came together to develop 9- and 10-speed transmissions, which marks the third time in the last decade they worked on gearboxes together.

“The Z06 and GT have already been well received,” said a source. “The idea is to bring both of those cars together into a single, track-only package to take on some of the competitors already on the market.” With rumors of the Ford GT’s return to LeMans as well as whispers of a mid-engine Corvette, this sounds as if both rumors may actually come to fruition. As a Ford fan, upon hearing this information I was confused to say the least, but as an American, I am confident that these two manufacturers will put together one heck of a track car to battle the rest of the world.

About Ralph Guerra 45 Articles
Ralph Guerra is the associate editor for RacingJunk.com. Ralph grew up in Southern California's car culture and quickly became infatuated with anything and everything V8. Whether it was a 63 Fairlane with a 289 or a Gt500 with a supercharged 5.4, if it was a V8 he wanted to drive it--fast.