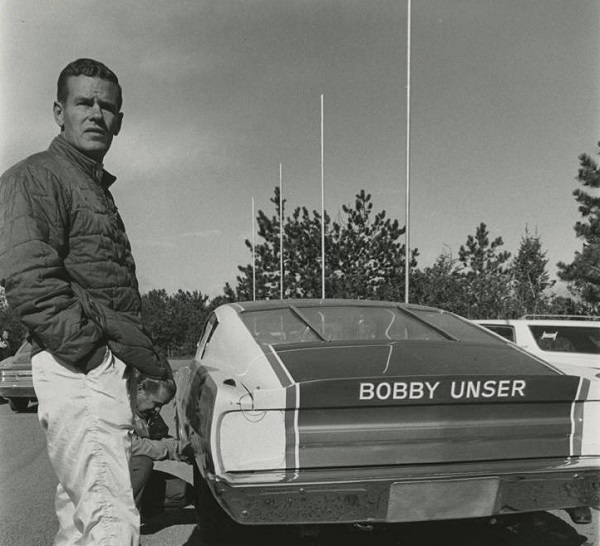 Any room was brighter and filled with laughter once Uncle Bobby entered and stayed. Three-time Indianapolis 500 winner Bobby Unser, who regaled fans of open-wheel racing in both USAC and CART, owned the Pikes Peak International Hill Climb (some called it Unser Mountain) with 13 wins on that mountain, and even in USAC Stock Cars, died at his New Mexico home May 2nd at the age of 87.

Bobby Unser and his brother Al Unser are the only two brothers to have won the Indy 500, accounting for seven total visits to Victory Lane by Bobby, who won in 1968, 1975 and 1981, and Al, whose fourth and final 500 victory in 1987 occurred with brother Bobby helping anchor the historic race’s broadcast. Unser, along with four-time winner Rick Mears, are the only two drivers to have won the Indy 500 in three different decades.

Bobby Unser racked up 35 race wins in 258 starts, earning 52 pole positions along the way in his Champ Car career. The 1968 and 1974 USAC National champion, Unser earned entry into many motorsports Halls of Fame, as much for his mechanical savvy as for his natural talent and ferocious tenacity on a race track as for the broadcast career that followed his driving career. Unser was just as competitive as a broadcaster as he was a racer and made race telecasts more interesting and exciting with his knowledge and an inability to filter his own comments.

Unser was able to work with some of the best in the business, including Judd Phillips during his Leader Card days when he took his first indy 500 win and with Dan Gurney, making the duo a true force for reckoning with Gurney’s and Unser’s need to constantly improve their race cars. Unser earned his second, 1975 Indy win with Gurney and then, in 1979 moved to Team Penske, where he secured his third win, one which will be debated as long as there are race cars and drives.

Roger Penske, owner of Team Penske as well as the NTT IndyCar Series, Indianapolis Motor Speedway and its derivative products acknowledged of his former driver, “There simply was no one quite like Bobby Unser. He was one of the most beloved and unique racers we have ever seen,” Penske noted. “Bobby brought so much to Team Penske during his time with our team, including a memorable victory in the 1981 Indianapolis 500. Beyond his many wins and accomplishments, Bobby was a true racer that raised the performance of everyone around him. He was also one of the most colorful characters in motorsports.”

That 1981 Indy win, one debated in racing circles since it was declared Unser was the victor, came in a Team Penske ground effects PC-7 that held many design features Unser helped innovate. In that race, the New Mexico ace led 89 laps and lapped everyone but runner-up Mario Andretti, but the 1969 winner stated his rival had passed 11 cars exiting the pits and done so illegally. Sanction USAC agreed and declared Andretti the victor, but Unser’s win was reinstated five months later.

Unser retired before the 1982 CART season began and was soon hired by ABC to provide Indy 500 commentary, working with Paul Page and Sam Posey. The trio entertained their television audience, with Unser spending much of his air time correcting his on-air partners; he continued to work consistently in the broadcast arena with ABC, NBC and ESPN. Because Unser’s comments were always unfiltered, neither Page nor Posey knew what to expect and that’s what made their shared broadcasts so outstanding.

Bobby Unser hadn’t been well these past few years, but he continued to go to the Indy 500 and even the Chili Bowl in Tulsa, Okla. At Indianapolis Motor Speedway, he could always be seen in Honda’s Indy 500 media hospitality tent, regaling all with his stories. He consistently attended the Hall of Fame Indy dinner and a variety of racing trade shows. While Unser’s ability to walk went by the wayside late in life, he could certainly emote and did so to an always-gathered crowd as he exhorted, told memorable stories and gave advice to anyone that would listen.

The racing world is poorer without Bobby Unser, who is survived by his beloved wife Lisa, sons Bobby Jr. and Robby, along with daughters Cindy and Jeri.