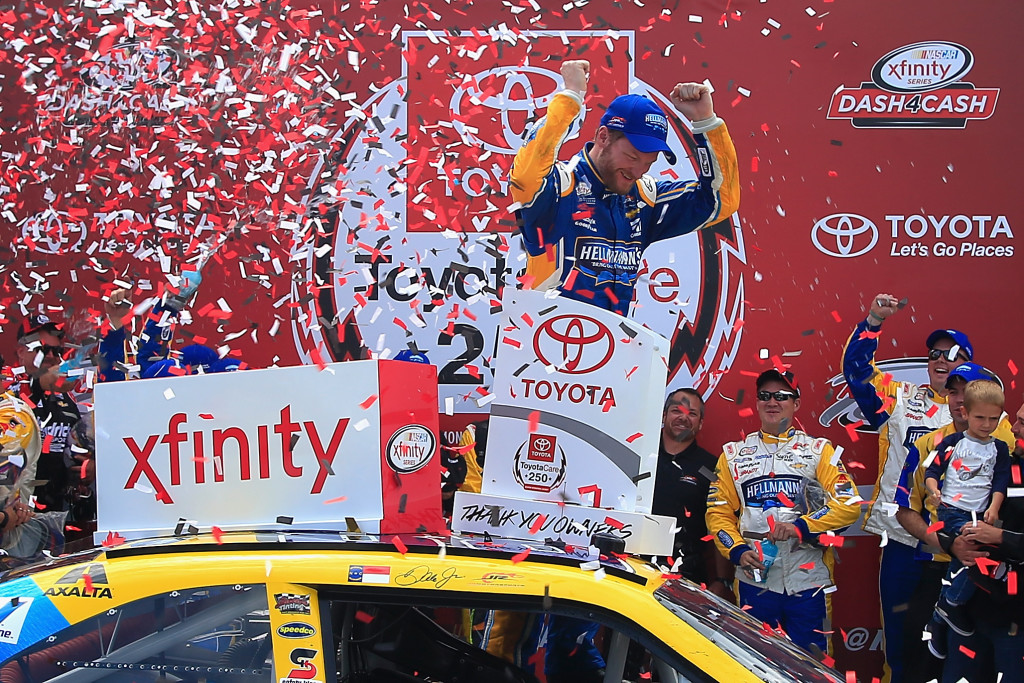 It was Earnhardt’s 24th career Xfinity win and his first victory in the series since the 2010 July Daytona race when he was driving the No. 3 Chevrolet for Richard Childress Racing.  In addition, it was his fourth Richmond win and first at the .750-mile short track since 2002 and ironic that it was his first time ever driving to victory in his own JR Motorsports equipment.

Earnhardt, who started third on the last regulation restart, had the cars of Brennan Poole and Justin Allgaier on the front row after the two stayed out on old tires to better their position.  As the green waved, the quicker Earnhardt on new tires pulled to the inside, quickly facing a crowd a spinning cars going into turn two seeing Poole losing traction first by spinning high, sending Justin Allgaier around.  Allgaier then spun back to the inside directly in the path of race contenders Erik Jones, the pole-sitter, and Matt Tifft, eventually taking out three of the four prospects in the Xfinity Dash4Cash $100,000 bonus   As a result, there were 10 Xfinity race cars caught up in the accident. 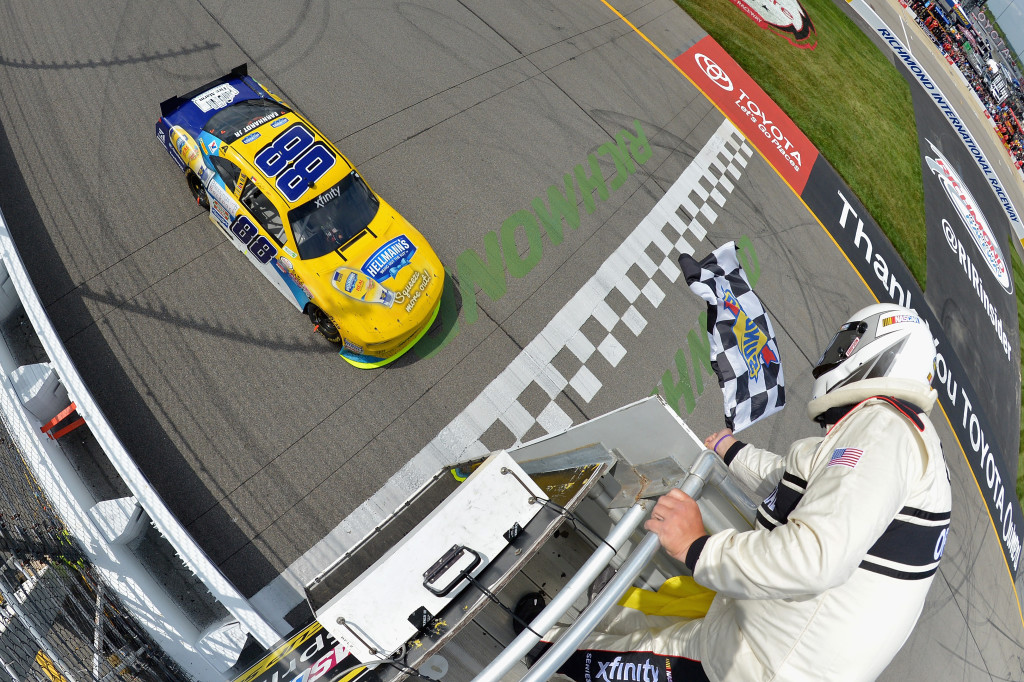 “When he (No. 48, Poole) spun the tires, I had to go to the inside,” said Earnhardt, who led for 126 circuits of the 149-lap overtime race.  “I tried not to drive up into him – I don’t think I got into him.  They just kind of came together up there [in the outside lane] and had a heck of a wreck.

“I hate that it happened, but, man, I had to do what I had to do to try to get the win.  We ran so well and led all those laps.  Those last couple of laps, we were real loose in the corner.  I thought Ty was going to get to me – he tried to get to me.  When we got to [Turn 3], we both drove into the corner wide-open.”

Ty Dillon clinched the Dash4Cash title at Richmond with his second place finish, passing his brother, Austin on the white flag lap to bring home to RCR the staggering $100K check.  He tried to make a couple approaches on Earnhardt at the end, but came up shy by .266 of a second for the win.

“We came up a little short, but we’re going to get one soon,” Dillon said.  “Dale taught me a little move last week in Bristol and I thought I was going to have to use it.  They (JR Motorsports) were too fast today.  We were right there, but they had us by a little bit and congratulations to them.  We’re close, we’re really close.”

In the two 35-lap qualifying races, Erik Jones won the first qualifier, bringing Brennan Poole along as the other Dash4Cash runner.  Ty Dillon took the second qualifying race including Allgaier joining the fray to get a chance at the big cash. 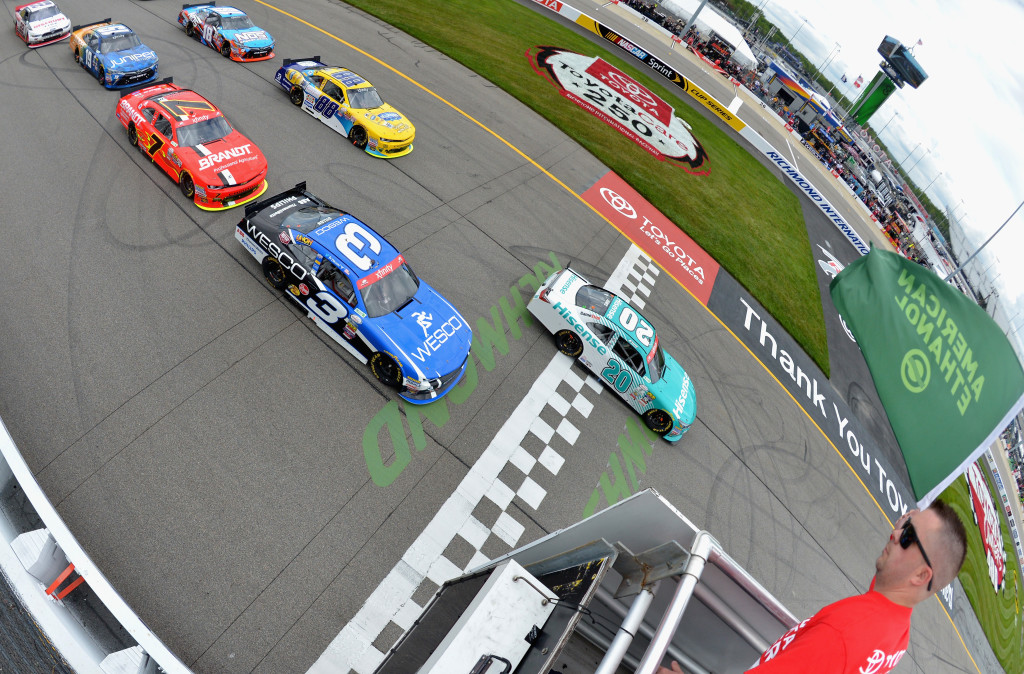 The average speed for the ToyotaCare250 was 93.623 mph slowed by two caution periods for 20 laps.  There were four lead changes among four drivers.

The next NASCAR Xfinity event is Sparks Energy 300 at the Talladega SuperSpeedway on Saturday, April 29, airing on FOX Network starting at 3 p.m. EDT.