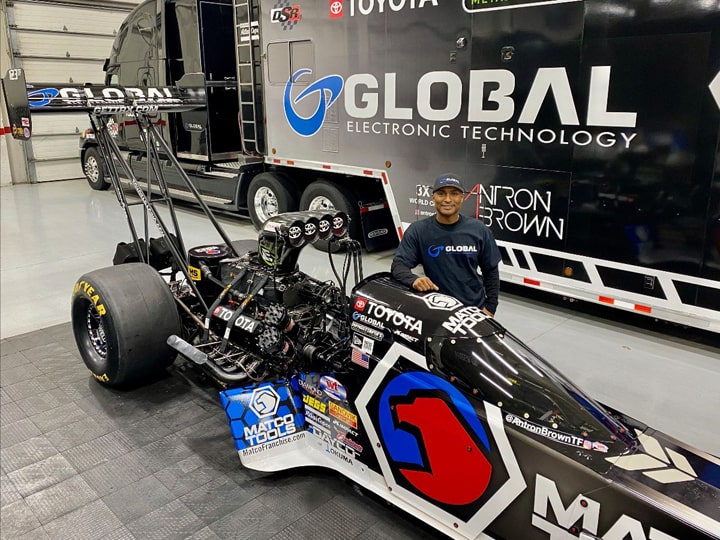 Racing has always been more than going from A to B for three-time NHRA Mello Yello Drag Racing Series Top Fuel champion Antron Brown. The former track-and-field standout in his native New Jersey, Brown has always been able to discern the pulse of competition and place himself in the best location for success in any endeavor.

Even as he’s put together Jr Dragster teams for his kids, much as his dad Albert and same-named grandfather did for him, Brown has had his vision of someday being an NHRA team owner. He’s had one of the best in any racing domain to learn from, having been a part of the Don Schumacher Racing (DSR) super-team, driving the Matco Tools Top Fuel dragster with DSR since late 2009. He made his Pro Stock Motorcycle debt in 1998 and stayed with the two-wheeled set through 16 victories, racing with DSR from 2002 until that team shut down following the 2007 campaign.

After securing his 22nd Top 10 NHRA finish in the 2019 season, Top Fuel 50-race winner Brown looked to team owner Don Schumacher to assist in satisfying his urge to start his own team. AB Motorsports, working under the DSR umbrella in Brownsburg, IN, is the result.

“This is a dream come true,” Brown enthused. “Never in a million years did I think I would be a professional Top Fuel driver, let alone have the opportunity to be a team owner. I can’t thank Don Schumacher enough, for not only the opportunity to race for him and represent DSR for many years, but now helping me to pursue my dream. I also have to thank Steve and Samantha Bryson,” the owners of Global Electronic Technology, “as it brings me great happiness to welcome them to AB Motorsports.”

Brown, who first joined the DSR family in 2002 while still in the NHRA Pro Stock Motorcycle ranks, acknowledged the mentorship he’s received from his team owner. “Don’s provided me with the foundation to make it happen, and I’m truly grateful. I’ve learned many things from Don over the years, but the one thing that stands out to me the most is him telling me to always work harder than your competitors. That’s something that’s always stuck with me and will continue to do so as I move forward into this new chapter.”

In addition to his three NHRA Top Fuel championships (2012, 2015, 2016), Antron Brown has received accolades outside the intimate NHRA community. This year AutoWeek magazine named him the “Top Fuel Driver of the Decade” for his dominant performances during the past 10 years. He will serve as driver for AB Motorsports and has enlisted former crew chief Brian Corradi to serve as the tuneup master, together with longtime crew chief Mark Oswald, the 1984 NHRA Funny Car titleholder. Brad Mason returns to assist Brown with management of the car and as liaison between AB Motorsports and Toyota Racing Development (TRD).

In addition to Global Electronic Technology, longtime primary and manufacturing partners Matco Tools and Toyota, together with associate sponsor Hangsterfer’s, remain aboard the AB Motorsports 11,000-horsepower dragster Brown races during this 24-contest season. “Matco Tools and Toyota have been my rock throughout my entire Top Fuel career, and I’m thrilled that they will continue with me and my team.” He lauded TRD and Hangsterfer’s participation in his family’s Jr. Dragster program, marking the fourth generation of Brown drag racing activities. 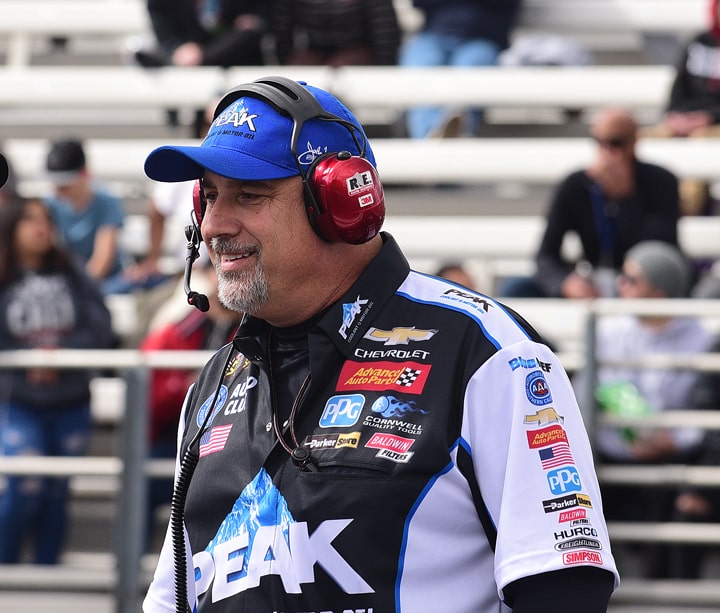 “I’m so incredibly thrilled to have Brian Corradi back in our pit,” after Corradi spend the past two years working with John Force Racing’s Courtney and John Force, helping the latter to his historic 150th and 151st national NHRA Funny Car victories. “We won so many races together and three championships. Not only that, he was instrumental in making the partnership with Global happen. In just the short time I’ve known Steve Bryson, I’ve been able to see how passionate, driven and motivated he is. I know he wants to bring that same passion and drive to the dragstrip.”

Steve and Samantha Bryson’s Global Electronic Technology insignias are new to Brown’s dragster, but their colors have flown in NHRA drag racing since 2017, notably working with 2013 Top Fuel champion Shawn Langdon during his two seasons racing in Funny Car with Kalitta Motorsports.

“To be a part of reuniting Brian Corradi and Antron Brown is a dream come true, and a dream I wasn’t aware I had. True winners!” exclaimed Steve Bryson. “Global Electronic Technology is not just here for your credit card processing needs – more importantly, we are here to race. I want to thank Don Schumacher for the opportunities he’s provided Antron Brown, and I know he will make him proud.”

Schumacher, who began his NHRA team ownership with a single entry and launched DSR more than 20 years ago, has become the winningest owner in NHRA history. “It’s no secret this [team ownership] has been a goal of Antron’s for a while now, and I’m happy to be able to provide the tools and resources needed for him to be able to successfully branch out on his own. It’s important for me to see my team member grow,” Schumacher said.

AB Motorsports and the Matco Tools/Global Electronic Technology/Toyota Top Fuel dragster will participate in this weekend’s pre-season testing at The Strip at Las Vegas Motor Speedway, prior to next week’s season starter, the 60th annual Lucas Oil Winternationals on the Auto Club Raceway at Pomona dragstrip. 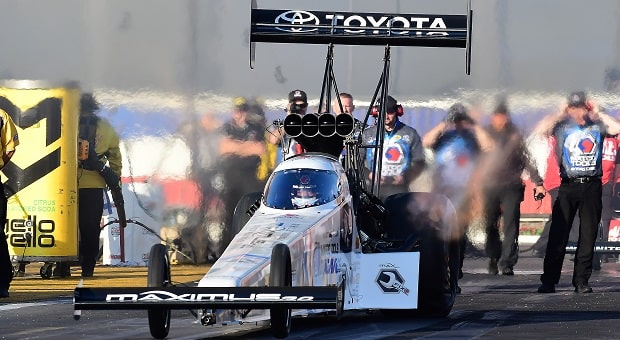 About Anne Proffit 732 Articles
Anne Proffit traces her love of racing - in particular drag racing - to her childhood days in Philadelphia, where Atco Dragway, Englishtown and Maple Grove Raceway were destinations just made for her. As a diversion, she was the first editor of IMSA’s Arrow newsletter, and now writes about and photographs sports cars, Indy cars, Formula 1, MotoGP, NASCAR, Formula Drift, Red Bull Global Rallycross - in addition to her first love of NHRA drag racing. A specialty is a particular admiration for the people that build and tune drag racing engines.