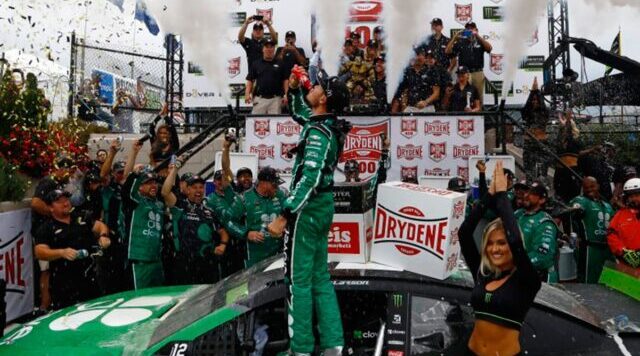 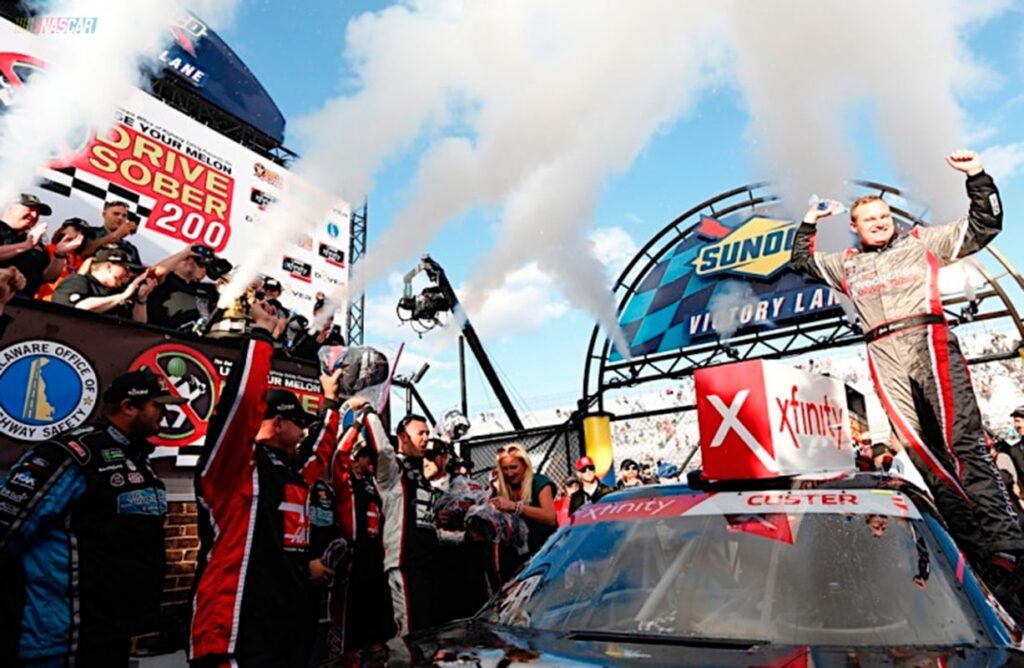 Junior Motorsports “Old Man” Justin Allgaier led 67 laps of the NASCAR Xfinity Use Your Melon 200 Saturday afternoon at Dover, winning Stages 1 and 2. Chase Briscoe’s 71 laps led the field but he didn’t have enough in the end and ended up with a fifth place finish. Allgaier finished second in two categories Saturday: his laps led total was the second most and he also didn’t have enough oomph after a restart with seven remaining and managed a second place finish. Cole Custer was strong all afternoon and was the strongest when he needed to be to take his Stewart-Haas Racing Number 00 to Victory Lane. Penske Racing ace youngster Austin Cindric filled out the podium in third place. 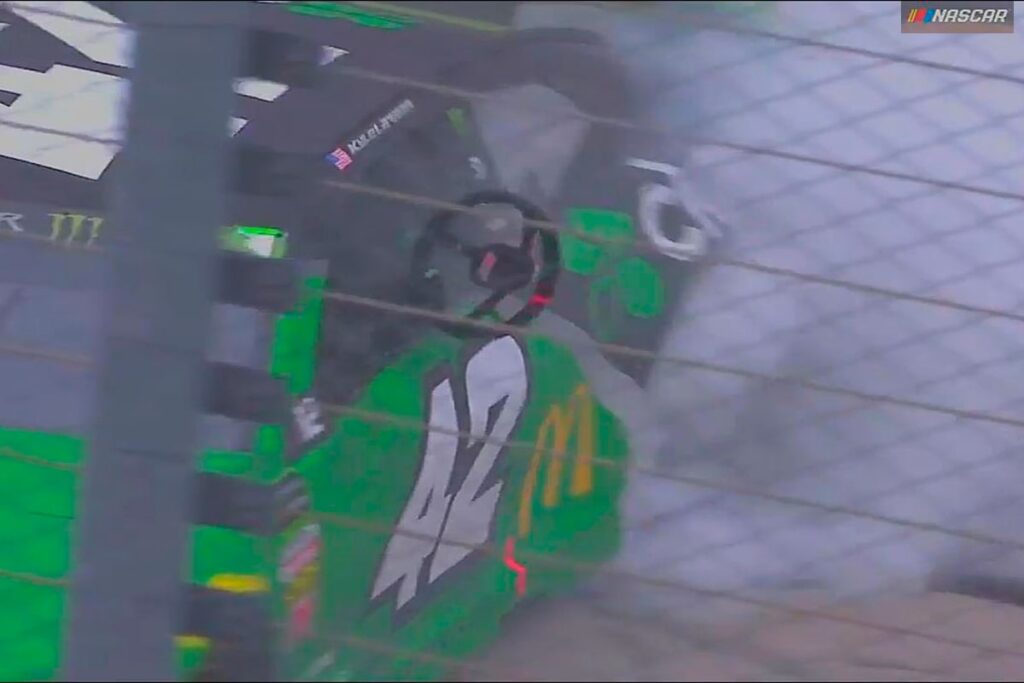 It had been 75 races since the Chip Gannasi Racing Number 42 got to sit in Victory Lane. Kyle Larson almost made it look easy in Sunday’s Monster Energy NASCAR Cup Series Dryden 400. Larson was able to move through traffic seemingly at will throughout the race. A great pit stop at the end of Stage 2 put him out front and he pulled out to a lead that was at times over six seconds.

Denny Hamlin translated his start from the Pole to the win in Stage 1 and race-leading 218 laps in the lead, after which he faded to a fifth place finish. His Joe Gibbs Racing teammate Martin Truex Jr recovered from a slow pit stop after winning Stage 2 to get within almost two seconds of Larson’s bumper by the end of the race. Alex Bowman made it two second place finishes in a row in his Hendrick Motorsports Number 88, moving himself to eighth place overall in the standings, having the tie breaker over Joey Logano.