2020 is the 35th year of providing Jet Car showmanship and entertainment for Douthit Motorsports. The Colorado Springs, Colo.-based team has plans to introduce a new website, new marketing partnerships and a Ford vs Chevrolet match-race concept this year to celebrate their anniversary.

Douthit Motorsports got its start as a single wheel-stander with the moniker ‘Smokey Red,’ driven by Joe Douthit in the mid-1970s, and has developed into a two-car Nostalgia Jet Funny Car team, owned and piloted by second generation Jet Car driver David Douthit. Douthit Motorsports updated their approach from big block powered, two-wheel 1,320-foot exhibition runs to 5,000 pounds of thrust propelling their jet cars in 1985.

The Douthit team’s new website gives fans a place to learn about the history of these jet-propelled roller skates, watch historic videos of Jet Cars’ evolution and follow along with the Douthit Motorsports team as they travel North America.

“For more than four-decades, the Douthit family has always been a fan-first motorsports team,” said second-generation Jet Car racer David Douthit, who earned his license just after his 18th birthday back in ’93. “When Dad (Joe Douthit) bought his first Jet Dragster in 1985, he did so with a vision – to put on a great show for fans, be open and transparent with racetracks and promoters, and simply have fun. This is a concept we’ve followed through the years. And it works very well for our family-operated business.” 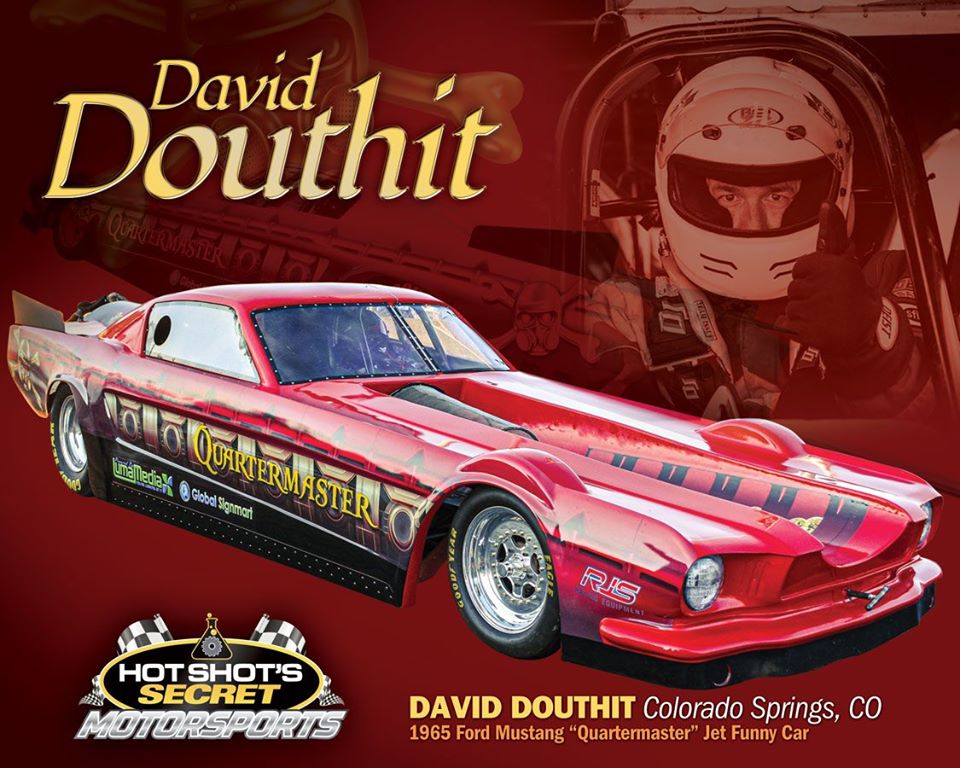 And running a Jet Car exhibition team is certainly a business. Traveling across the continent – sometimes racing at two tracks hundreds of miles apart on consecutive days – is taxing and expensive. The journey introduces the team to fans from Canada to Southern California. With their new website, the Douthit team will be able to showcase their schedule of events, posting video updates of tracks and facilities they visit and, of course, of flame-throwing, burner-popping jet cars.

“Jet Cars indeed ROCK,” Douthit said. “That was a major reason why we chose that domain for our new website. Plus, it’s a highly searched term on Google, which helps with organic traffic to the website. We are looking to start a new YouTube.com channel, where we’ll post interviews with fans, provide tours of the facilities we visit and provide some insights at what it takes to manage this traveling circus. Our two-car Nostalgia Jet Funny Car team includes the 1969 Chevrolet Nova “Black Pearl” and our new 1965 Ford Mustang “Quartermaster.” It’s a perfect one-two match race for Nostalgia racing events, Ford vs Chevy and, of course, Jet Car shows.”