Doug Kalitta may be the quiet sort, not as expressive as some of his fellow NHRA Top Fuel competitors, but it’s his internal drive to win that makes him so deadly against all other drivers on the dragstrip.

Many people don’t see that drive, but the Kalitta Motorsports Mac Tools team sees it every day, because Doug’s a dedicated racer and leads by example by never finishing out of the top 10 in 19 seasons of racing.  He has 42 wins in 87 final rounds, having finished second in the Top Fuel points four times (2003-4, 2006, 2016) along with the 1994 USAC National sprint car championship. 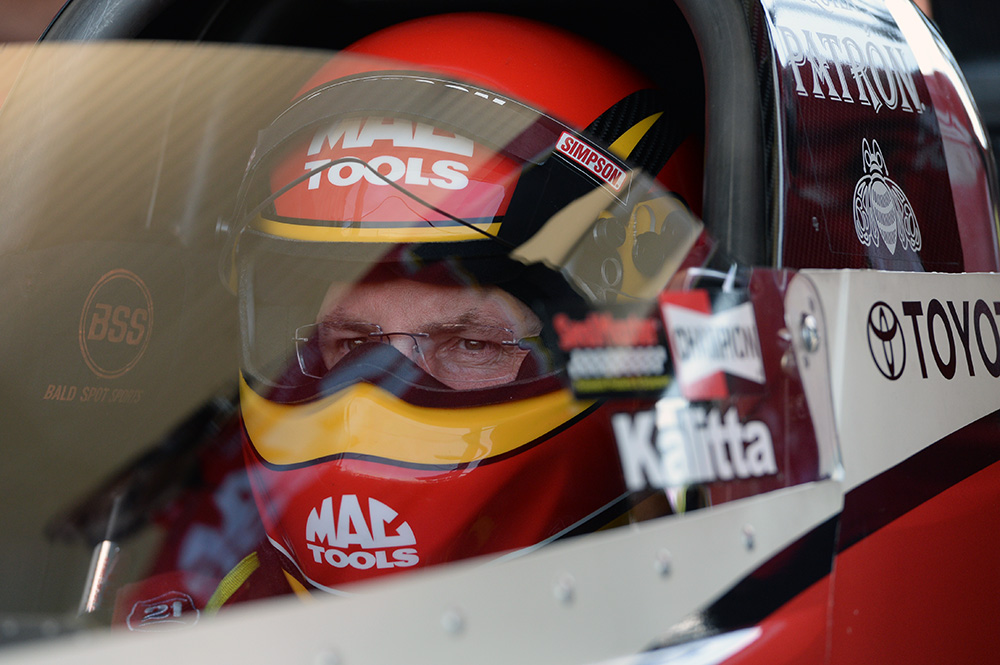 Add to that his ability as an accomplished pilot, and it’s no wonder that everything he approaches, he does the right way.  When he came over in 1998 to compete in the NHRA, he zeroed in on his competition, which would later become a who’s who of drag racing.

“As a racer, it was motorcycles and then sprint cars for me; it’s what we do to have fun,” said Kalitta.  “I love the competition of what we do.  I know when I first got into the sport I stepped into a good car and it was guys like Joe Amato, Kenny Bernstein, and Big Daddy (Don Garlits) I grew up with when those guys were actually still racing.  It just added motivation for those types of opportunities, as well.  We’re just having fun and last year was a good year for us.  Well, we’ve put it all back together starting the year like we finished and just looking forward to it.” 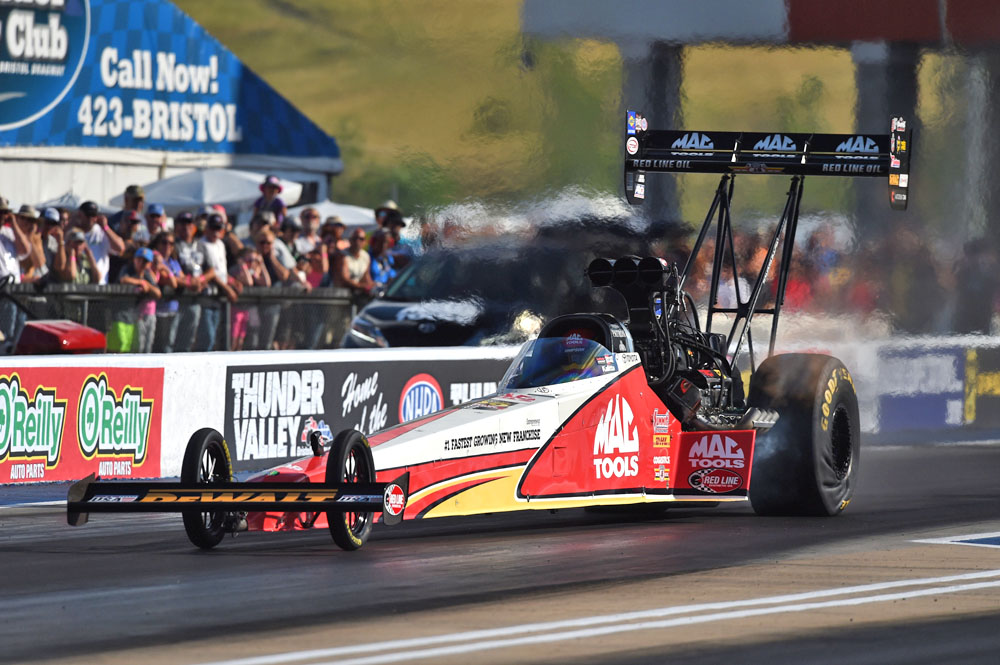 Now Kalitta Motorsports is expanding their development program by designing and constructing their own cars, which Kalitta used in winning four races in 2016. He only has four races on his current ride, in which he won the Auto Club NHRA Finals last year.

“Last year we ran our own in-house cars pretty much two thirds of the season and it seems like it’s working for us,” said Kalitta.  “We have a few more folks working in the application area and we’re fortunate to pick up some really good guys.  It’s a good effort.

“Connie is always giving us what we need to try to improve on what we’re doing.  Jim Oberhofer is leading the charge, working with everybody to make it happen as well.  We have a good team effort we have going on there at the shop.  Yeah, it’s nice to have control over it.  You can control the expense; you can control anything you want.  You can engineer what you want.  I think it’s definitely an advantage.  With everything coming into the shop, you can control it a little more.  Obviously, we’re hoping for the same with the cylinder heads development and everything else that we’re making just to improve on our program for all five of the teams.  I feel it should be a good year for the Kalitta Motorsports effort.” Now entering the 2017 NHRA Mello Yello season, Kalitta will be complemented in the pits by new rookie candidate Troy Coughlin, Jr.  The former Pro Mod driver from Ohio decided to move up to Top Fuel with full backing from his racing family.

“I’m actually real excited about it,” said Kalitta, the NHRA 1998 Road to Future winner, which is considered the drag racing rookie title.  “He comes from a racing family and he’s raced, I would say, probably in just about in every class that’s out there.  He has plenty of experience out there and his family is definitely supporting him.  We couldn’t be more excited to have him as part of our team.  We feel he’s going to do a great job.

“Some of the last cars he’s driven were a Pro Mod car, which there’s not much down force on those things; he’s dug himself out of trouble with that.  I think he’ll be fine in a Top Fuel car.  We know it’ll take some laps and we’re looking forward to the opportunity to get him going.  Rob Flynn (crew chief) knows all about running a team and has a great support group there and of course, all of our drivers, me included, will do whatever we can for him.” 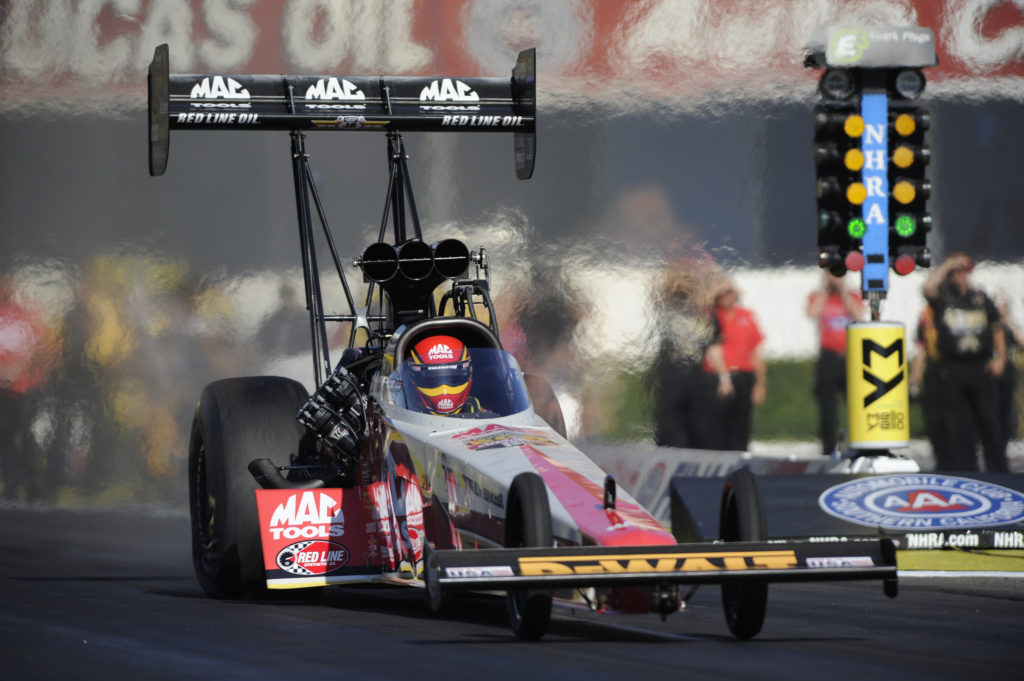 The competition against Kalitta last year saw him is finish in what can be described as the closest finish in NHRA against his then Top Fuel teammate J.R. Todd in Atlanta, winning with a margin of victory being .0000.  It’s just thousandths of a second that can separate a team from point contender to oblivion in less than a blink of the eye.

“That’s the thing about it; any of the classes out there, the competition is all tough,” stated Kalitta.  “Everybody is pretty much running the same parts and it really comes down to your crew chief and all the work the crews do.  One good thing about drag racing is you’re only good as your last round and it’s incredibly competitive, hungry for every round that you run.  That’s what we do.  It’s definitely fun.  It’s a big rivalry out there and we’re all trying to do well to win these things.

“Yeah, that’s hard to imagine that you can measure cars going 300 mph at the finish, at least that accurate.  We’ve gotten everything freshened up and my guys are just as hungry as I am.  That’s the plan.  We’re going out there to put our best foot forward to it and it’ll be fun.” 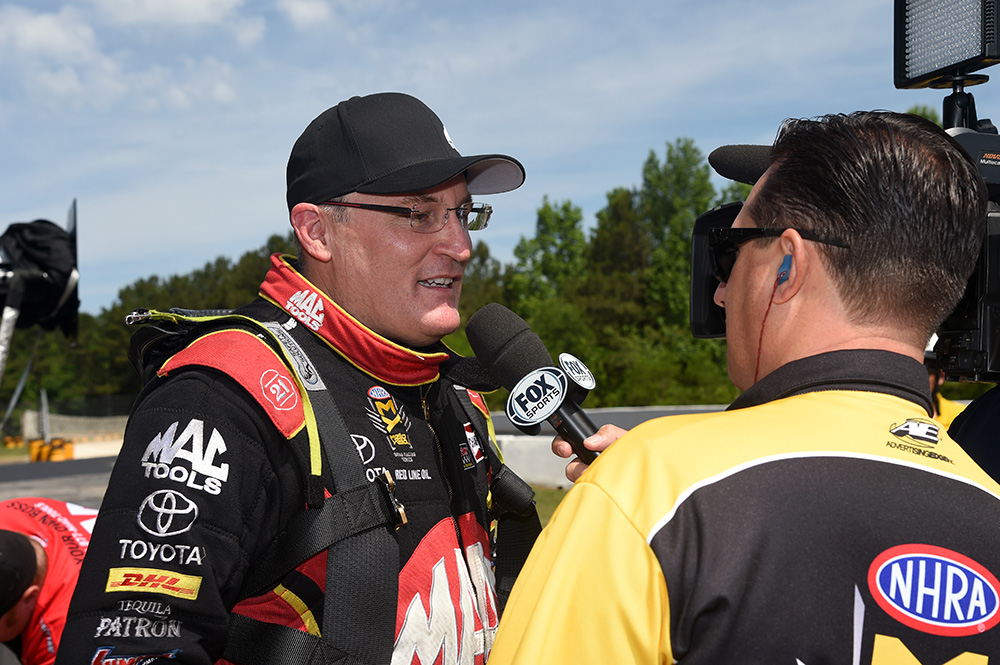 To stay atop of the standings, vice president of operations Jim Oberhofer, as Kalitta’s crew chief, and his assistant Troy Fasching are engineering another winning season. They recorded a 44-20 win/loss round ratio last year, but again finished second in the Top Fuel points.

“Jim-O has built a great team with the Mac Tools car and I have to admit Troy has worked with Jim for a number of years and has done an incredible job,” said Kalitta.  “They make a great team.  He runs the day-to-day on that thing and has the opportunity to focus more on the issues that he’s trying to work through in every situation.  In addition, working with the other crew chiefs, so, it’s a good balance.  He has done an incredible job over the years tuning these things and we’re both really excited to get the year started again.  We’ll just go out there and try to win rounds and win races.”

Testing at the Wild Horse Pass Motorsports Park begins on Feb. 4-5, 2017, in Phoenix, with the kickoff of the NHRA Mello Yello season starting at the Auto Club Raceway at Pomona for the running of 57th annual Circle K Winternationals on Feb. 12. 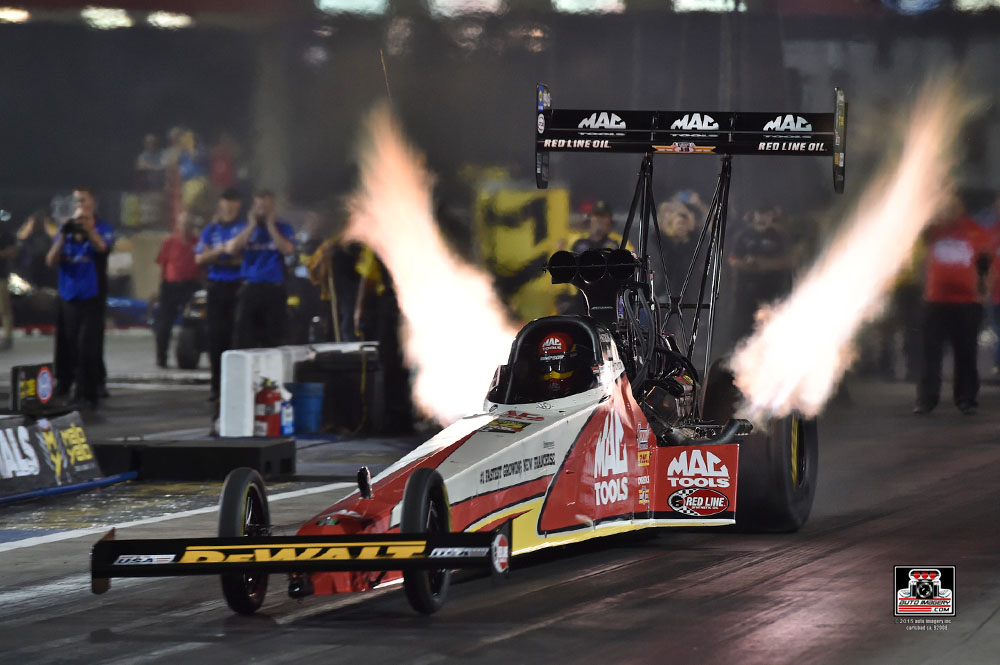