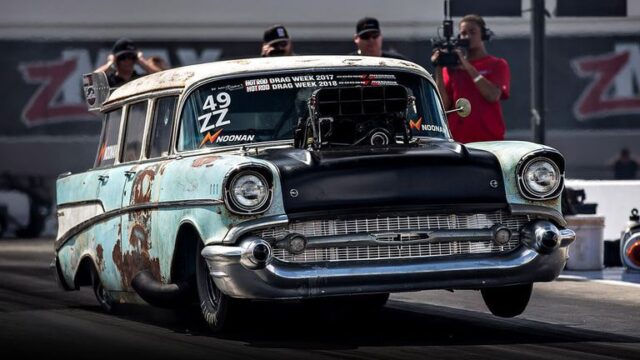 After crashing Richie Crampton’s 1957 Chevy wagon on the evening of August 9th, it was touch-and-go as to whether Dom Lagana would survive. He’d just left Lucas Oil Raceway in the rad rod, with Crampton and crewman Jacob Sanders onboard, when they ran off the road, hit a pole with the car, used that weekend as a tow vehicle for Jonnie Lindberg’s Top Alcohol Funny Car. Both Crampton and Sanders were treated at a local hospital and later released with non-life-threatening injuries. 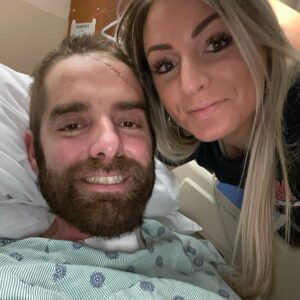 Not so for Dom Lagana, but racers are tough and, apparently Lagana is the toughest of the tough. The Top Fuel driver of his family’s rail and crewman on the three-time NHRA Top Fuel champion Capco Contractors race team since 2013, Dom Lagana was – and is – unwilling to accept anything but recovery from his accident.

It took 103 days in the hospital for Lagana to be released to his Indianapolis-area home. “I had severely bad burns to my body, which resulted in my lower legs getting amputated,” Lagana wrote on his Facebook page Monday, November 23rd. Those burns didn’t scorch his love of life and, with fiancee Sara Matthias and brother Bobby by his side, Lagana is preparing for the next challenges of learning to work and walk with prosthetics and regain a sense of normalcy.

“This hasn’t been an easy journey,” he said, “but I am so lucky to have such an amazing support system around me. I am forever indebted to all the doctors, nurses and therapists who saved my life,” as he clung to survival throughout this journey. “I’ll be continuing outpatient rehab and focused on working toward getting prosthetics,” Lagana wrote. 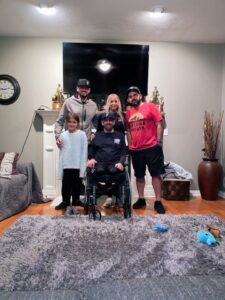 In addition to the lower leg amputations, Lagana suffered a serious head injury and was in a non-induced coma for two weeks following the accident. At the time the family asked for prayers; it’s obvious those prayers have been answered with Lagana’s return to his home

Concerning his challenges ahead, Lagana said, “It’s a big life adjustment, but I’m so grateful to still be here. Thank you again for everyone’s support and prayers; it means the world to my family and I.”