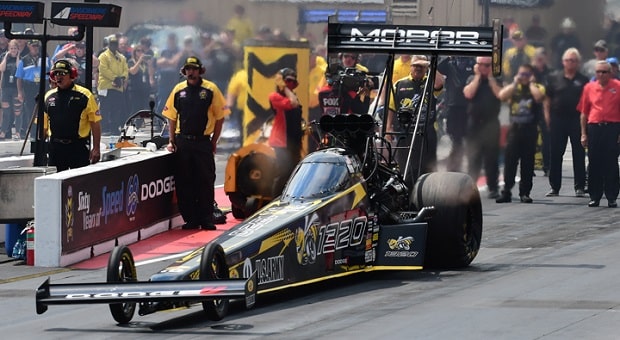 One of the longest and most successful partnerships in NHRA drag racing will continue for the next few years as Dodge/SRT and Mopar announce a multiyear partnership extension with Don Schumacher Racing (DSR). The firms begin their 17th season together in 2019.

Starting with the 2003 racing season, the partnership is one of the longest running in all of motorsports. Together they have claimed 12 championships in NHRA’s Funny Car, Top Fuel and Factory Stock Showdown. That streak began in 2004 when Tony Schumacher claimed the Top Fuel title; their most recent championship together came this past year, when Leah Pritchett earned the Factory Stock Showdown crown. 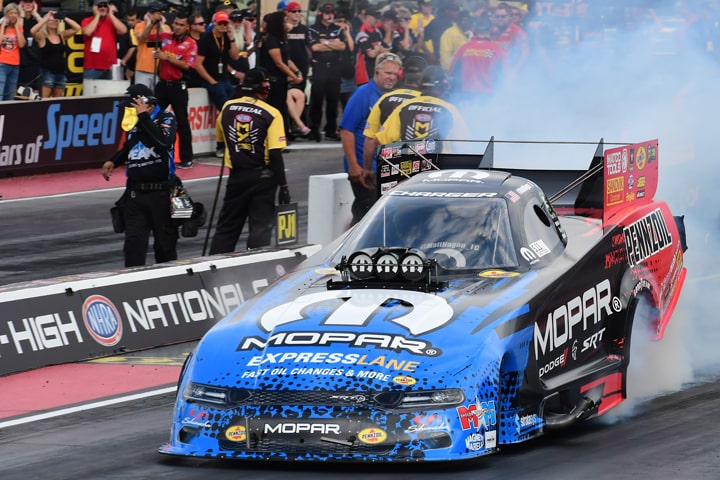 The first Dodge/SRT-Mopar-DSR NHRA national event win was secured at Englishtown in 2003, when Whit Bazemore earned the victory against Ron Capps (before he joined DSR). The partnership’s most recent victory arrived in October of last season when Capps ironically won at zMax Dragway in Charlotte, marking the 252nd National DSR win with SRT/Mopar.

“Don Schumacher Racing is one of the most successful and respected organizations, not just in NHRA but in all of motorsports, and Dodge/SRT and Mopar are proud to extend our long-running partnership with Don Schumacher, his drivers and teams,” said Steve Beahm, head of parts and service (Mopar) and passenger car brands, FCA – North America.

“In addition to our long list of accomplishments on the strip, our brands have worked with DSR off the track in developing and debuting the Dodge Charger SRT Hellcat Funny Car body, and elevating our Mopar Dodge Challenger Drag Pak programs to the 2018 Factory Stock Showdown championship. We look forward to continuing to win with DSR in 2019 and beyond.” 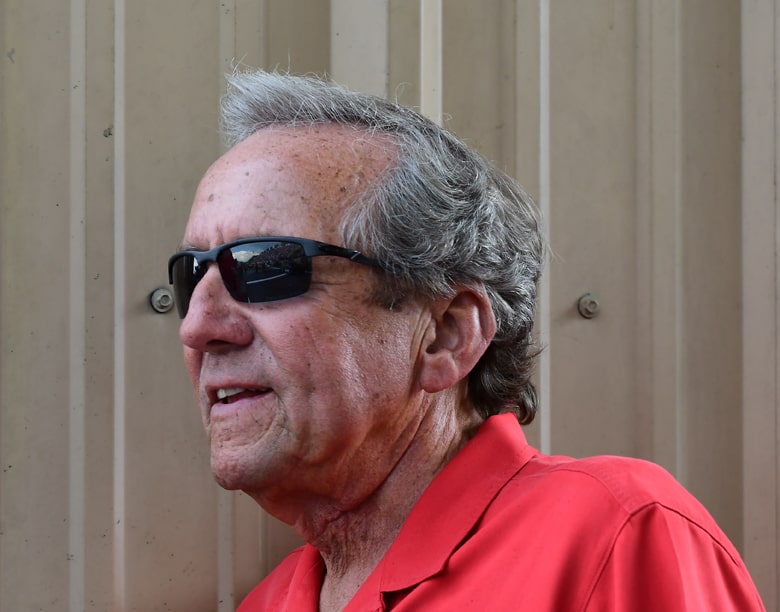 “DSR is pleased to continue this partnership with Dodge/SRT and Mopar,” said Don Schumacher, team owner and a former Mopar-powered Dodge Funny Car driver, who raced in the 1960s and 1970s. “We take a lot of pride in the relationships we have built with our NHRA program and this one has been truly unique.

“From the early years, Mopar and Dodge have played a major role in our climb to prominence in the Funny Car class and that carried over in our efforts in Top Fuel,” Schumacher said. “The winning continued in another class last year when we secured the NHRA Factory Stock Showdown championship. It’s been a tremendous partnership and we are thrilled to continue it for seasons to come.” As is customary, the length of the agreement was not divulged.

As NHRA begins its 2019 24-race campaign at Pomona with the Winternationals February 7-10, Hagan and Pritchett headline the stellar group of drivers who have combined to earn more than 200 of DSR’s overall 333 victories, resetting countless track and national records along the way. Hagan is the defending two-time event winner of the season starter; Pritchett, who won the final three Factory Stock Showdown races of 2018, begins her title defense in that class at the 50th annual Gatornationals in Gainesville, Fla. on March 14-17. 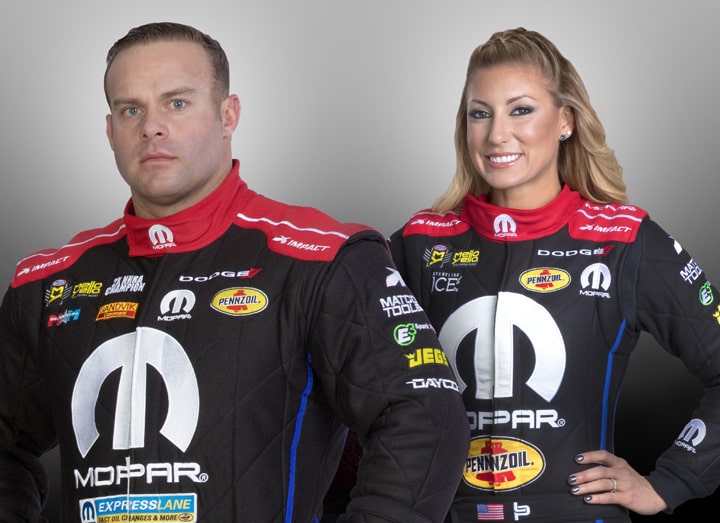