Four races are left in the 2017 NHRA Mello Yello Drag Racing Series season. Dodge and Mopar drivers have had an up-and-down season, but have overall had a strong showing to date. Tony Schumacher and Leah Pritchett are locked into the playoffs in Top Fuel, as are Ron Capps, Matt Hagan, Tommy Johnson, Jr and Jack Beckman in Funny car. 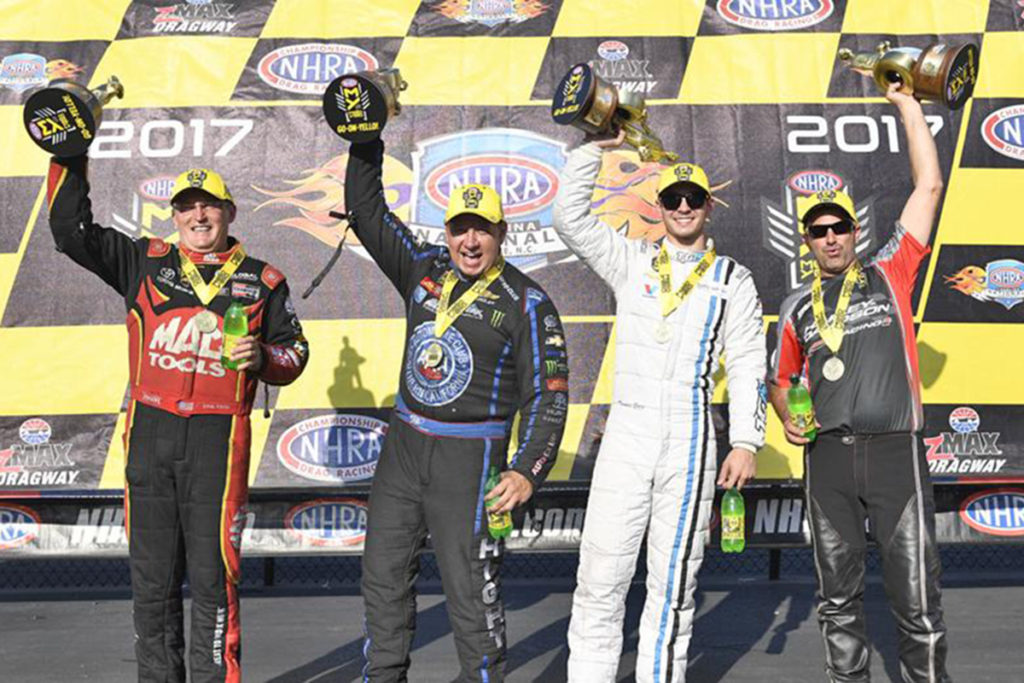 The Top Fuel and Funny car teams had a phenomenal run of eight races where at least one of them competed for the event win or went to the third elimination round. Then the NHRA Summernationals came around and Schumacher and Pritchett were pitted against each other in the first elimination round, which Schumacher won before being defeated by Doug Kalitta in the second round. Mopar/Dodge did extremely well in Funny Car this weekend, with Jack Beckman edging past Ron Capps by .043 seconds for the win.

Pritchett and Schumacher Hoping to Make Strong Run for Top 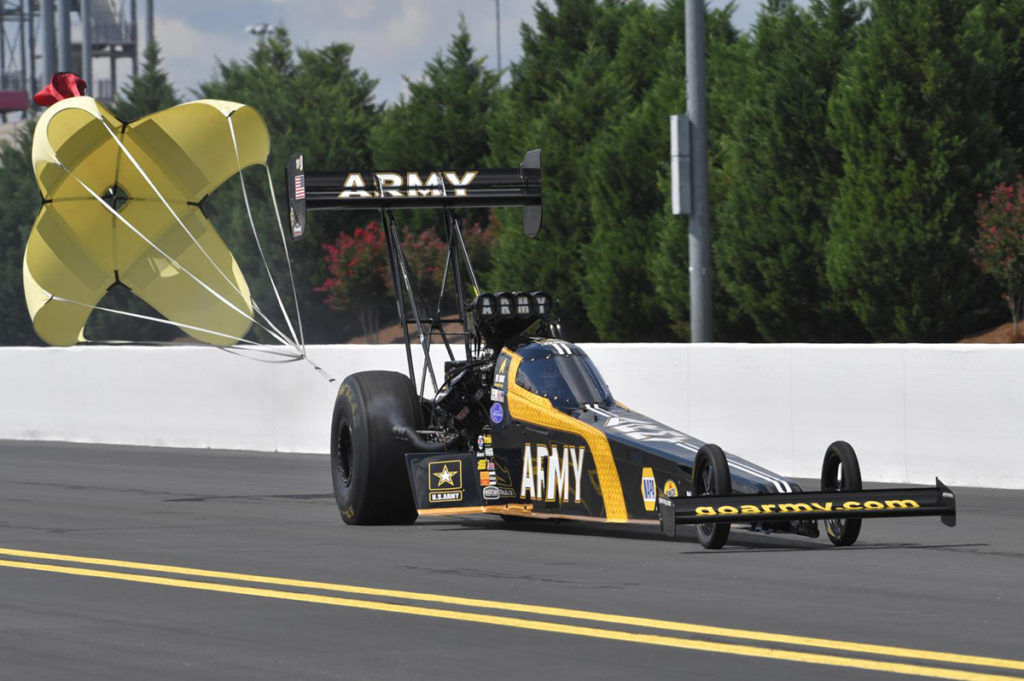 Both Leah Pritchett and Tony Schumacher are locked into the NHRA Mello Yello Drag Racing Series playoffs for this year. Schumacher is in fifth 85 points behind leading Steve Torrence and Leah is in seventh, 97 points back. Both are looking for strong showings in the four final races of the season to improve their positions in the points.

Capps Looking to Hold Off Charge by Hight 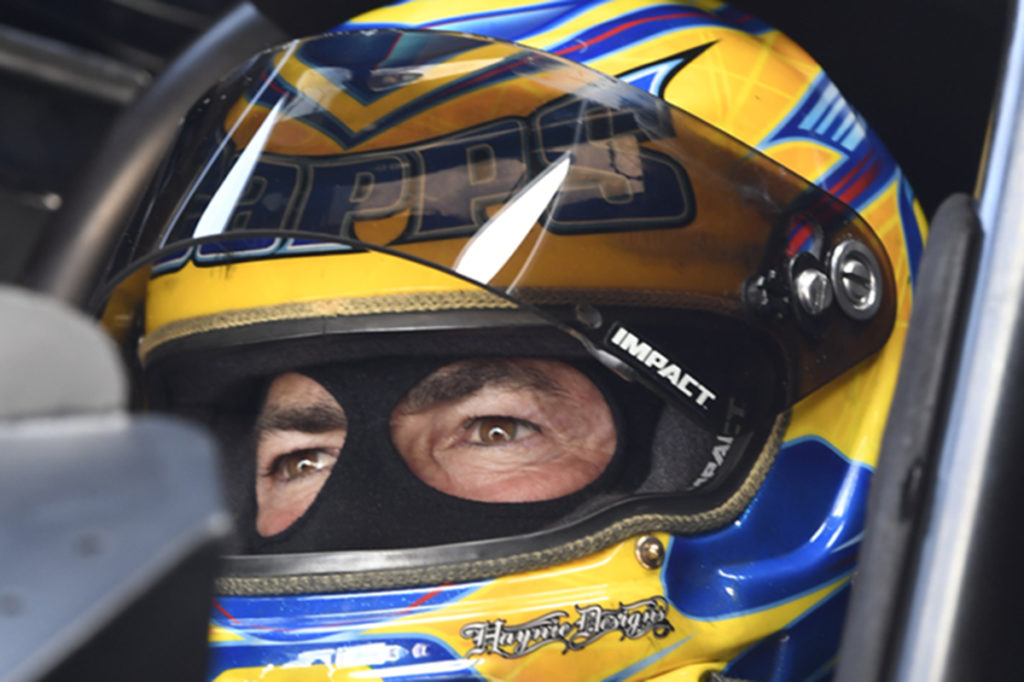 Ron Capps is currently sitting in first place in the Funny Car competition, eight points ahead of second place Robert Hight. Capps took possession of first place after the last race, the Dodge NHRA Nationals at Maple Grove Raceway. He traded first and second back and forth with Hight for several of the races leading up to the Dodge Nationals. With a lead of only eight points, Capps can’t afford a weak showing in any of the next four races.