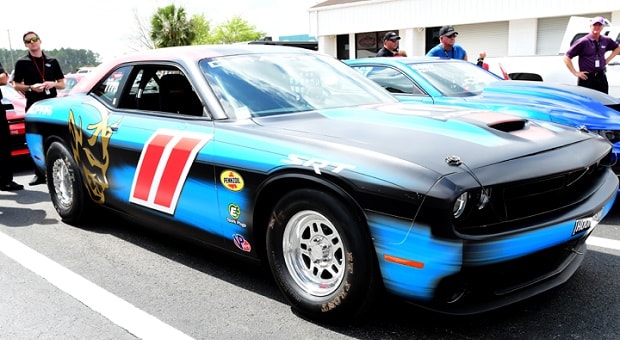 Dodge’s Mopar performance division is putting most of its drag racing eggs in the Factory Stock Showdown category of NHRA’s Lucas Oil Sportsman series racing. While active in NHRA’s Mello Yello professional Funny Car class with four entries from Don Schumacher Racing (DSR), Mopar has left Pro Stock and is enticing its core competitors to come race in the limited number of Factory Stock Showdown contests on the 2018 schedule.

This weekend’s race at Bristol Dragway marks the third such competition, which began at Gainesville in March. Among Dodge’s Challenger Drag Pak entrants this weekend are DSR’s Top Fuel standout Leah Pritchett and 2012 Pro Stock champion Allen Johnson, who makes his home in nearby Greeneville, Tenn. For Pritchett, it’s a busy weekend as she also races her Top Fuel DSR dragster. Johnson’s 2018 transition from Pro Stock – he retired from that class’ competition last year – is a learning process. Working together with father/tuner Roy Johnson, Allen Johnson had the opportunity to shake down his Dodge Challenger Drag Pak coming into this race as both drivers enter their third Factory Stock Showdown contest. 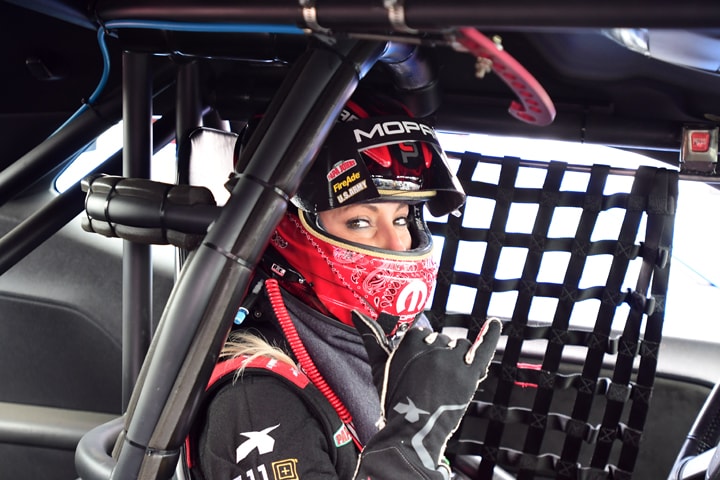 Pritchett is excited to be back at Bristol, one of her favorite tracks; a six-time NHRA national event winner, she’s hoping to add a Factory Stock Wally to her trophy case this week. “Bristol presents a unique and difficult atmosphere for tuners, so making as much Mopar power and putting it to the track is what I’m looking forward to for this team. We’ve made some suspension changes to our Factory Stock program and, of course, gearing changes to compensate for altitude,” Pritchett said.

Johnson made 16 test runs at the track in preparation for this weekend’s race. “We think we’re a lot closer to where we need to be than where we were after the first two Factory Stock races,” he allowed. “It’s always good to be home at Bristol and see all our old friends. No matter what class we’re competing in, the fans there have always supported us and had our backs.” 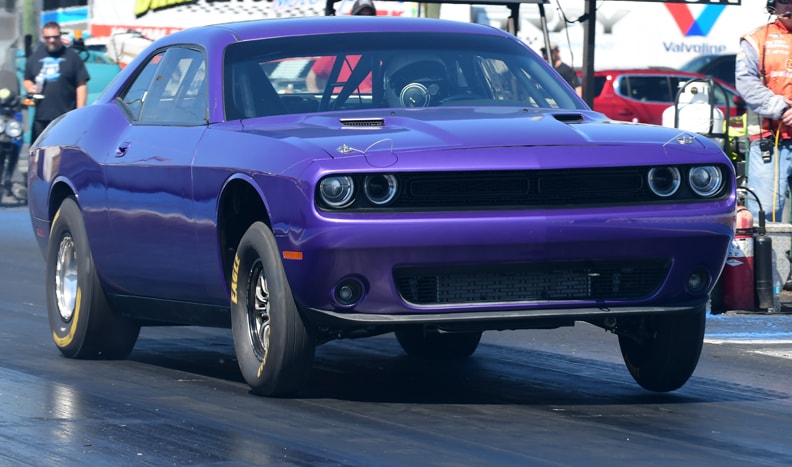 Another person who has the backs of Pritchett, Johnson and DSR newcomer Mark Pawuk is Mike Rossey, who is leading Mopar’s projects in NHRA. The 45-year-old, a mechanical engineer by training, believes that by bringing its wares to Factory Stock Showdown, Mopar can “show what a Drag Pak can do. It’s a much bigger car than the [competing] Mustang; a year ago everybody was doubting it would go as fast as we are,” Rossey said.

Mopar’s Rossey reminds us that “these cars are real steel-bodied cars like you purchase at the dealership and they’re attractive to a customer that looks at the race car and says, ‘That looks just like my car.’ We take a body from Branson, where they’re made, and we turn it into a race car. It’s production – unlike the COPO Camaro that has a carbon fiber hood – we kept the production hood on that car. The more production components you can use the better.”

The one thing Mopar changed on the Dodge Challenger Drag Pak from production was to put a solid rear axle in the car. Production cars come with independent rear suspensions, “so we put a spool, solid axle with a four-bar link, and that’s the major change we made for the Drag Pak.”

Rossey said the engine and transmission in the Challenger Drag Pak are specifically built for this class and is pleased to see all three brands – Dodge, Chevrolet, Ford – are within hundredths of each other. “That’s pretty cool. It’s good competition, people love it and you can see the energy in the grandstands. Not having a Dodge there wouldn’t be cool; we have a loyal group of fans and we want to do the best for them.” 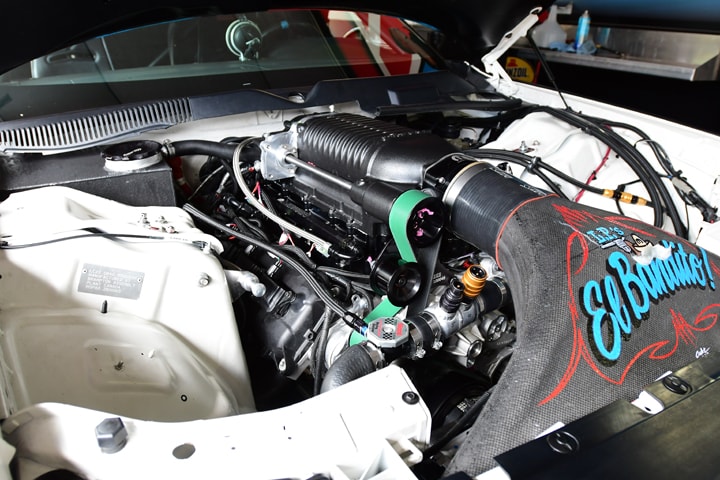 NHRA is paying a lot of attention to the Factory Stock Showdown class due to the participation factor of professional drivers. “We’ve been talking with NHRA about controlling power and making sure this class stays as it was intended to be,” Rossey noted. He was part of the team that helped release the initial 2015 Drag Pak. At the time it was a naturally aspirated 426ci engine; right now, the Challenger is running an aluminum 354 supercharged.

The goals of Dodge and Mopar are to “represent their brand, promote Dodge and Mopar and be out here doing what we do best,” according to Rossey. A first win in the class would be an added benefit, one that Rossey hopes one of his three expert drivers can accomplish in Bristol this weekend. 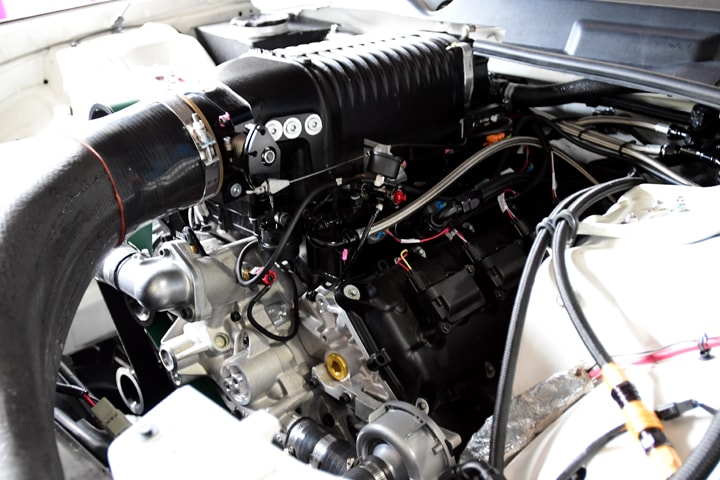