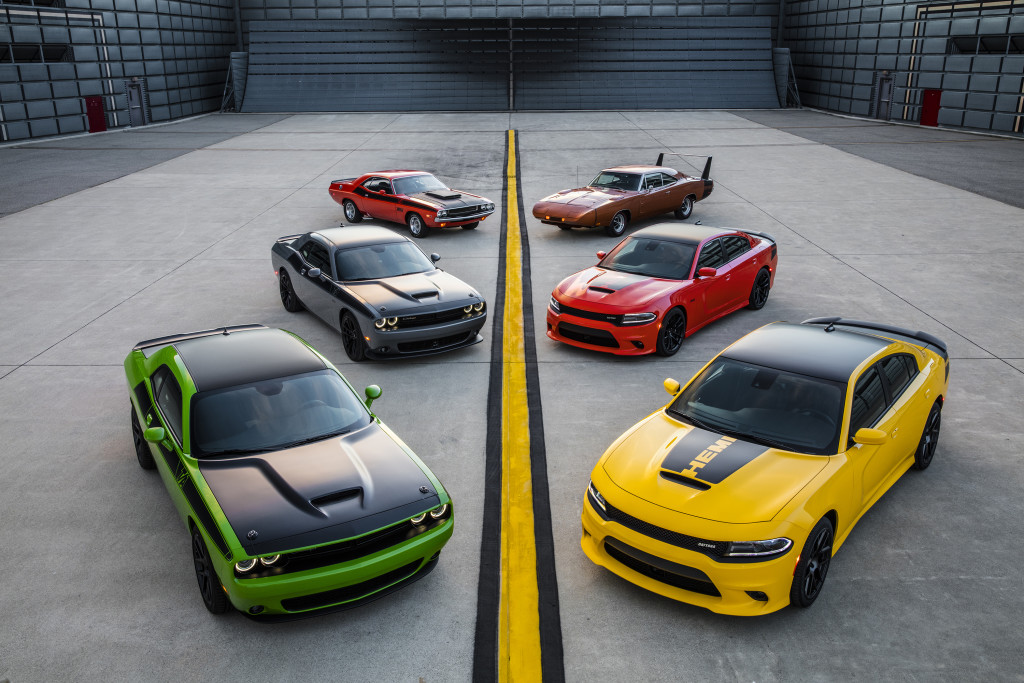 The Woodward Dream Cruise is indeed a dream event for many auto lovers, particularly those loyal to the Big Three. Now Dodge has amped up the daydream potential by by reintroducing two iconic race-bred nameplates at the weeklong event: the new 2017 Challenger T/A and Charger Daytona.

They both feature the naturally aspirated HEMI® V-8 lineup with its powertrain induction and exhaust enhancements, chassis upgrades for greater handling and braking, plus functional performance styling appointments inside and out.

Challenger T/A
The basic Challenger T/A is the entree into the Dodge T/A legacy with a standard Tremec six-speed manual or TorqueFlight eight-speed automatic, gorgeous, functional hardware and styling, and race-bred chassis components.

The new Charger Daytona looks back to its NASCAR past, while looking ahead to its role as  North America’s only four-door muscle sedan.

About Andreanna Ditton 183 Articles
Andreanna Ditton is the Content Manager for MotorHead Media and the Editor-in-Chief for RacingJunk.com/news. She's been working in the automotive publishing industry since 2007 focusing on racing and performance for motorcycles and cars.