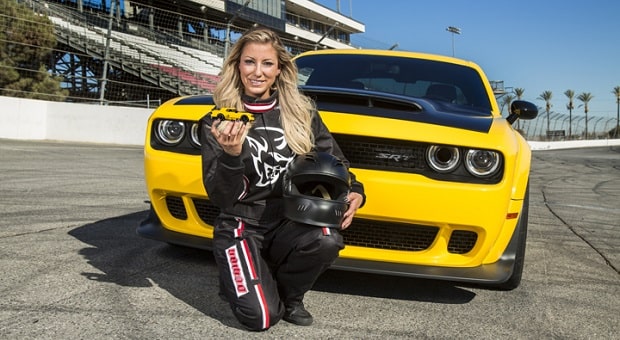 Dodge and its SRT brand sure know how to do tie-ins. The FiatChrysler Automobiles (FCA) group is helping to launch a new LEGO Group Speed Champions building set, one that features the 2018 Dodge Challenger SRT Demon – and the 1970 Dodge Charger R/T – as an integral part of their co-branded marketing campaign.

Since so many enthusiasts become fans of both brands at an early age, growing up building LEGO vehicles and dreaming of driving the full-size, mechanical version on the road, “With the new Speed Champions set featuring the 2018 Dodge Challenger SRT Demon and the 1970 Dodge Charger R/T, our youngest fans can now build and jump into the ‘driver’s’ seat of two of their ultimate fantasy muscle cars,” said Steve Beahm, head of passenger car brands, Dodge/SRT, Chrysler and FIAT for FCA North America.

To introduce this co-branded LEGO Speed Champions building set, Dodge and the LEGO group have prepared a 30-second television commercial called “Metamorphosis” that can be viewed on Dodge’s social media channels channels.

The spot features NHRA racer Leah Pritchett, who won the Factory Stock Showdown championship this past season with Don Schumacher Racing, even as she finished fourth in the premier Top Fuel championship with two victories for the 24-race year.

As part of the LEGO Speed Champions series of buildable iconic vehicles, current day machines meet classic vehicles in the two vehicles that are part of this construction idea for youth. “We are thrilled to bring the exciting Dodge designs to a LEGO build and play experience that is sure to capture the imaginations of not only LEGO fans, but also car lovers and the passionate community of Dodge enthusiasts around the world,” noted Chris Stamp, LEGO Group senior designer.

It’s not just for kids, as fans of all ages for both Dodge and LEGO brands can recreate a thrilling drag racing experiences once they’ve built one or both models. The Dodge Challenger SRT Demon features two sets of wheel rims, authentic design details and decorative decal stickers. The LEGO version of the Dodge Charger, a truly iconic American muscle car, has a removable supercharger and alternate engine cover to make the build even more fun.

There will be a limited number of LEGO Speed Champions building sets available featuring these two iconic Dodge vehicles, available for purchase from Dodge.com. 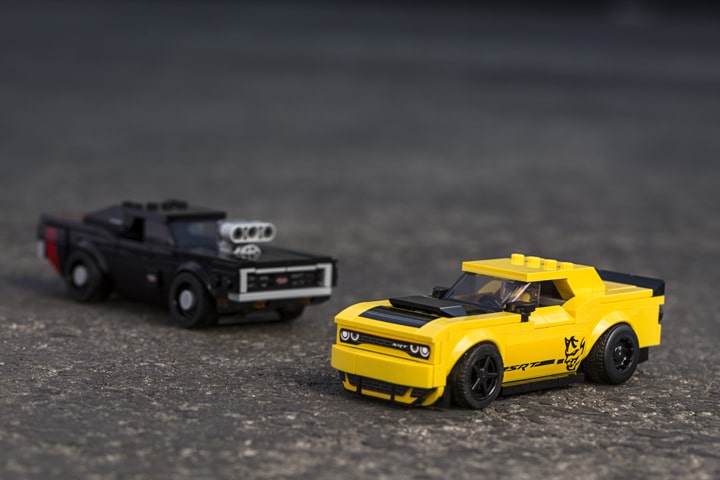