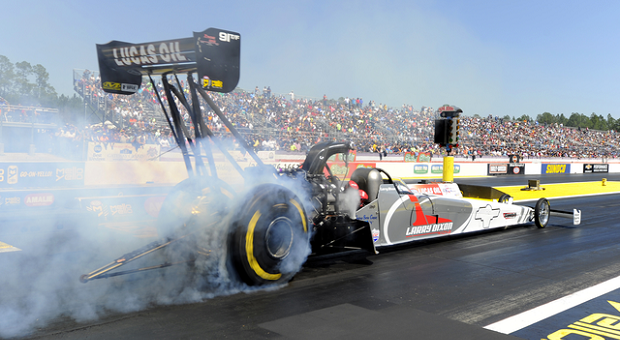 On Halloween at the annual SEMA show, Larry Dixon, the three-time NHRA Top Fuel champion who has 62 NHRA national event win lights to his credit, announced the Larry Dixon Top Fuel Experience, using a novel in-line two-seater dragster that would be used to ferry fans on the “ultimate eighth-mile ride.” He called his new two-seater the NitroX2 and said the 10,000-horsepower dragster would be able to give riders a 250-mph, 4G ride of their lives.

On November 6, NHRA said not so fast. NHRA announced it has suspended Dixon indefinitely from both the NHRA Mello Yello professional and Lucas Oil sportsman series.

“The NHRA imposed an indefinite suspension of competition privileges against Larry Dixon for violating NHRA rules, particularly Section 1.3.1 Participant Conduct and 1.6.3 Chassis Inspection of the 2017 NHRA Rulebook. NHRA Tech Department discovered the use of a NHRA chassis tag on an unauthorized and unapproved two seat dragster,” the series statement said. “Any further incidents could result in further action. Larry can appeal the decision, per the 2017 NHRA Rulebook.” 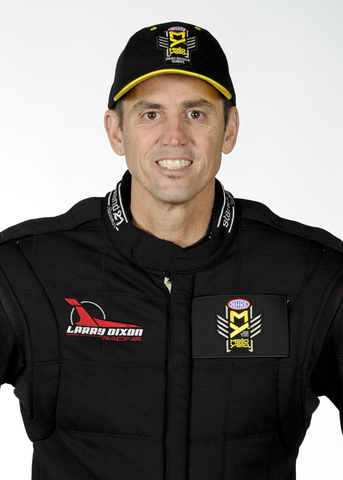 This is not the first time in 2017 Dixon has earned the ire of the NHRA. In attempting to put his own Larry Dixon Racing team together, the Californian showed up at the third race in Gainesville this March with a dragster advertising the World Series of Drag Racing, a property owned by NHRA competitor IHRA. Dixon was asked to cover the decals, which he did; he qualified 13th but was unable to race Brittany Force in the first round when he lost power during the burnout.

Unable to find sufficient sponsorship for his Top Fuel dragster, Dixon has been driving Bartone Brothers’ Top Alcohol Funny Car throughout this Lucas Oil season; he went to the finals on The Strip at Las Vegas but crashed heavily in that competition. He did win a race with the Bartone TAFC in May at Norwalk, Ohio.

3 Comments on Dixon in Deep DooDoo with NHRA