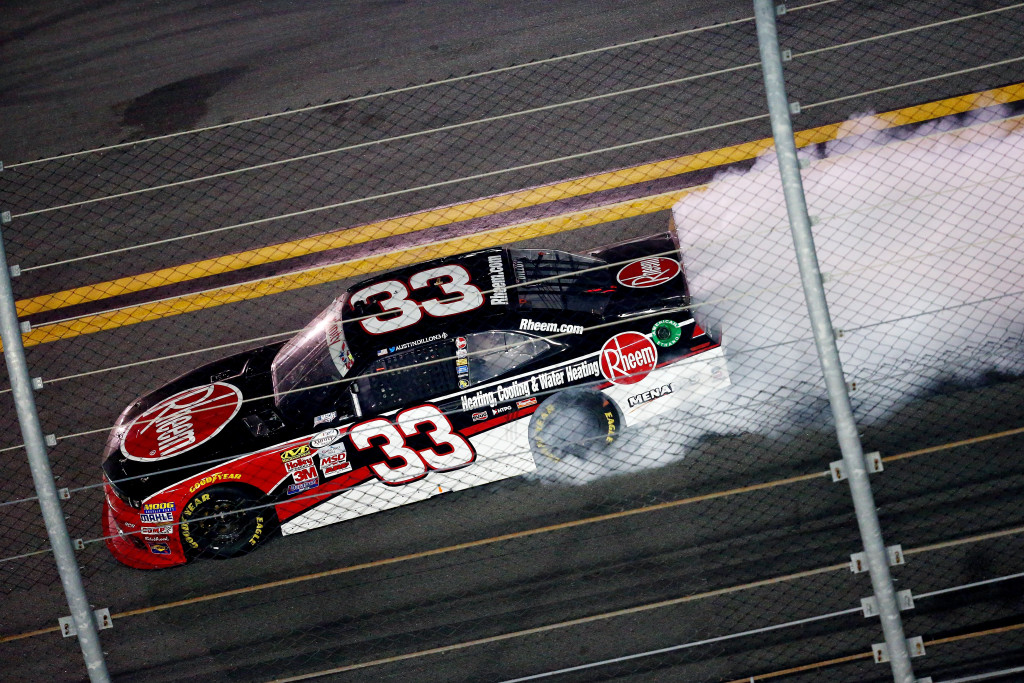 Avoiding the “Big One” not once, but twice, in the last 10 laps, Austin Dillon was in the right place to see the checkers first winning the Subway Firecracker 250 XFinity Series race at Daytona International Speedway on Saturday night in a green-white-checkered finish.

Continuing on with a Daytona tradition of victory lane appearances from the Richard Childress Racing stable, grandson, Austin steered his Chevrolet right into the record books, adding his name to the long list in 2015.

“It’s Daytona, man; I have so many family memories here,” said Dillon.  “I’m just happy for my grandfather.  This is my favorite win of my career.”

Lap leader, Brian Scott, the point man for 84 of the scheduled 100 laps, was the cause of the last yellow flag with four laps remaining.  Going into turn three trying to block Elliott Sadler on the outside, he made the move late, never clearing Sadler, and turned him and others around, taking out 12 cars in just that crash.

Earlier, Dillon also survived another huge multi-car wreck with 10 scheduled laps to go.  That one was triggered when Austin’s younger brother, Ty, turned Ryan Reed while attempting to bump-draft with him.

Reed’s car then hit Brendan Gaughan, who in turn took out Darrell Wallace, Jr.  Several other cars also were collected during the massive wreck, bringing out a red flag to clean up the track.

It is Dillon’s third victory of the season, but the first of his career at Daytona and also his first on a superspeedway.

Seven of the Top 10 in the NASCAR XFinity points standings were involved between the last two melees.

The average speed was 195.380 mph with six leaders and nine lead changes for eight caution flags for 24 laps. 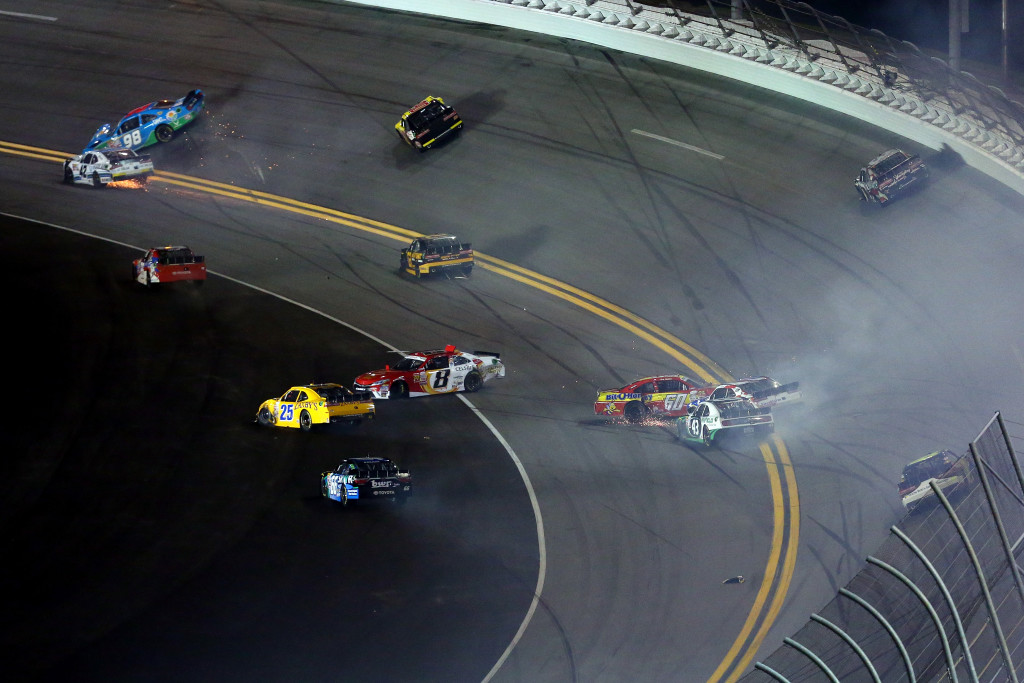