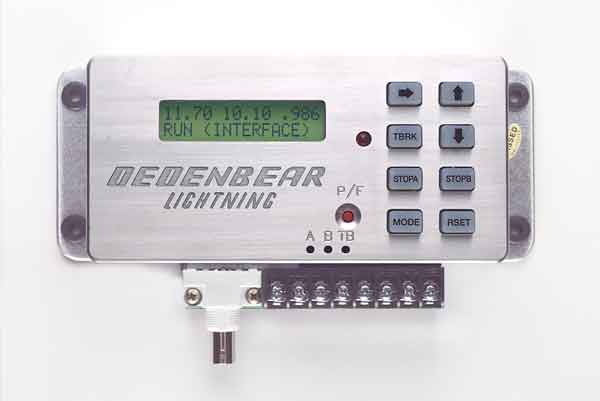 A delay box is a device that assists in perfecting your reaction time in a drag race, however some drag racers conceal the device and race in a no box class.

When I was racing my ’86 GT in the Pro division at my home track in Cayuga, I was doing all right. I was making some round wins and cutting some good lights, which is not bad for a stick-shift car. One weekend, I decided to take the Mustang to Grand Bend and race once again in the Pro division. I couldn’t win one round. I was cutting good lights but all these guys were like machines. Then I found out it was a machine that was beating me; it was called a delay box.

It’s hard to win a race against a delay box car if you do not have one. That is why there are classes at the same track where delay boxes are allowed and where they are prohibited to give back honor to all competitors. Then I heard through the drag racing grapevine that racers conceal the delay box in the car and run in the non-delay box class. That is unethical and just plain cheating, especially if there are hundreds and sometimes thousands of dollars to win.

The top three NHRA classes do not use a delay box and you could argue they can’t with a pro tree and a manual starter, however if it was allowed I’m sure clever engineers could find a way. But it has to speak volumes when the pinnacle of our sport prohibits it. Your father never used one in the seventies and I bet he is the man who made you fall in love with cars, competition and drag racing.

I’m not saying there is anything wrong with running in a delay box class, that is fine where everyone is on the same playing field. However, when one conceals the box and runs in a no box class, then something is wrong. I always believed that drag racers have the most honor. You can leave your trucks and trailers open and no one would steal your tools. If you break and need a special tool you can always ask your fellow racer for help and they would be more than willing to lend you the tool and even help you fix the problem.

Let’s keep drag racing honest and full of integrity. Chime in on the comments section to give your opinion and how you feel about the device.