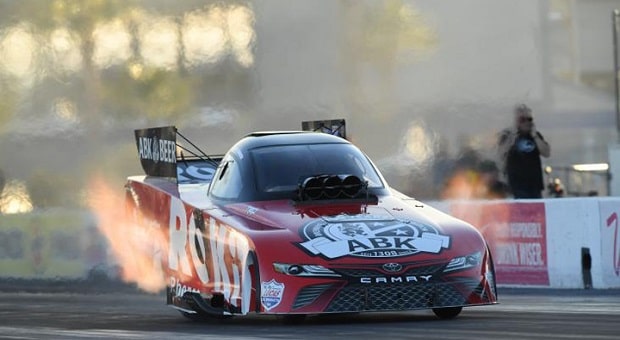 The responsibility of a race car driver is to go fast and, hopefully, take that checkered flag, that Wally trophy… whatever symbol stands for a victory. This is often to the detriment of what happens outside the racetrack. Families can be torn apart by absences of a driver, a crew member, an official in any series. The road can be a lonely place when you’re laser-focused on winning the next race.

So it was for Alexis DeJoria, who realized she was missing out on the ability to see her family’s growth as she worked the NHRA’s Mello Yello Drag Racing Series, chasing her dream of Funny Car victories and possible championships. So after the 2017 season, DeJoria stepped back.

“It was a pivotal moment in my daughter’s life. She had just gotten her driver’s permit and was going to get ready to begin driving – and there’s just so much the goes on at that age,” five-time NHRA Funny Car winner DeJoria said. “I wanted to be there for her, to teach her how to drive – she drives a Toyota Prius – and I just really needed to be there for her in person. It’s hard to parent by proxy. I’ve really been blessed spending time with my family these past two years off” the drag racing circuit.

But the urge to return was there. DeJoria’s a competitor. She missed the adrenaline, the friendships that swirl through the NHRA pits. She missed driving her 11,000-horsepower Toyota Camry Funny Car. But she had to return on her terms; it had to be the right situation.

That right situation turned up when she was able to team with mentor Del Worsham and Nicky Boninfante, who had been with DeJoria from her first days as part of Kalitta Motorsports. Worsham, the 2012 Top Fuel champion and 2015 Funny Car titleholder, joined with DeJoria to form DC Motorsports and plan the team’s return to competition in 2020. 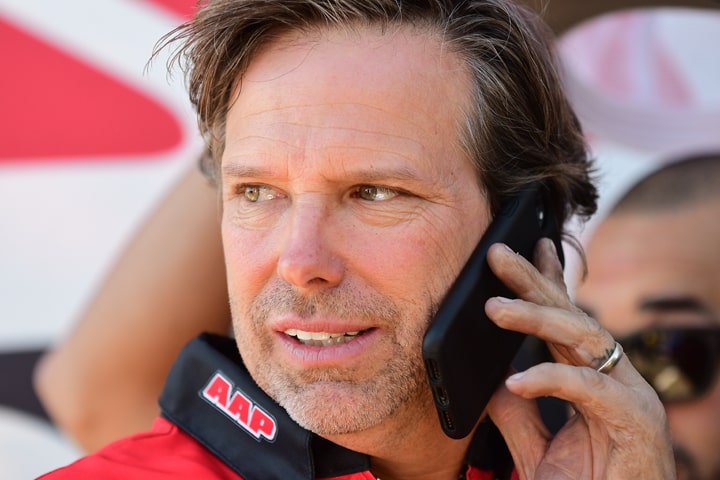 Worsham was crew chief in DeJoria’s first 2012 Funny Car season and her teammate from 2013-2016. Boninfante worked on DeJoria’s car for several years and was her chief tuner in 2017. They were ready to work together again, starting the last weekend of January and into February, testing on The Strip at Las Vegas Motor Speedway dragstrip in anticipation of the 60th annual Lucas Oil Winternationals at the famed Auto Club Raceway in Pomona, held a week later.

For DeJoria, the return seems natural. “There’s not much that has changed car-wise,” since she’s been gone, “but I think my outlook on the year is a bit different. I’m coming back a seasoned driver. There are no questions anymore,” said the winner of 2014’s Chevrolet Performance U.S. Nationals, one of NHRA’s most coveted victories. “It’s just getting out here and doing what I love to do and being what I know I was meant to be.”

While she’s had a few test sessions leading up to the PRO test at Las Vegas, DeJoria hasn’t been in competition for a couple of seasons. “I’m getting acclimated to the speeds again, but as far as being in the car and working with the crew, I definitely feel at home. This is an incredible sport where I’m able to make a comeback and pick up where I left off.”

DeJoria is bringing two new partners into the NHRA community with her DC Motorsports team and Toyota-powered Funny Car. She introduced ROKit phones as her primary partner, together with ABK beer. ROKit phones are the first mobile carrier to offer glasses-free 3D technology. “We’re going to be recording a lot of footage out at the track that you can exclusively see on your ROKit phone in 3D – without glasses. It’s just amazing. And fans will be able to sample the delicious Bavarian ABK beer at the races,” she explained.

As she returns to the difficult world of NHRA professional drag racing, DeJoria’s thoughts return to her rationale for leaving the sport she loves: family. “With my daughter being the reason I did step out of the car in the first place, I had to get her approval before I came back. She was thrilled. She said to me, ‘Mom, I didn’t want you to stop racing anyway’ and I said, ‘I know, but I did it for you and when you’re older, you’ll appreciate why.’ She’s going to go on the road with me and we’re going to travel the United States and see the sights. I’m excited to have her on board with me.” 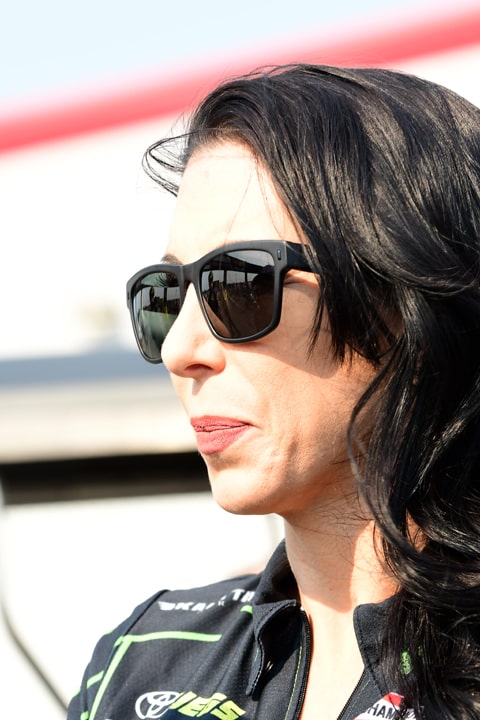