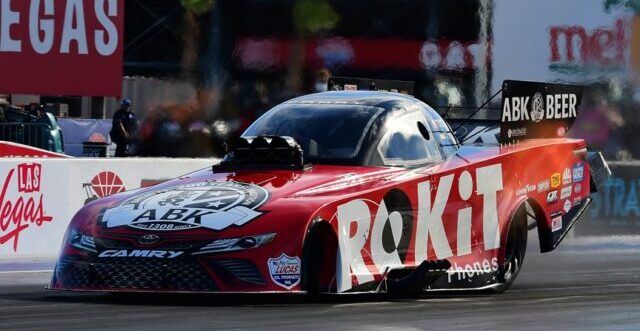 Starting a new race team from scratch is not a chore for just anyone. Even with widely experienced partners involved, the pathway to success is singed with failures. Alexis DeJoria is determined to be on the plus side of that equation after a season that didn’t quite live up to her expectations in NHRA’s Camping World Drag Racing Series.

While she finished the 2020 Funny Car season in eighth position, driving the ROKiT/ABK Beer Toyota Camry tuned by 2015 Flopper champ Del Worsham and Nicky Boninfante, the result wasn’t what DeJoria or her team aimed to achieve. The five-time national event winner is aiming for added success in her second season as a team owner and has fortified her partnership lineup, adding Bandero Premium Tequila to familiar partner ROKiT, the international cell phone provider.

“I can’t wait to start this season with my ROKiT Toyota Camry and new sponsor Bandero Premium Tequila,” DeJoria declared. “We finished last season with some strong performances and we are looking forward to picking up where we left on the performance side. [Crew Chiefs] Del (Worsham) and Nicky (Boninfange) will have this Camry Funny Car flying, and I am ready go turn on some win lights this season.”

In anticipation of the later season start in Gainesville, Fla. at the 52nd Amalie Motor Oil Gatornationals March 12-14, DeJoria says she has a vested interest in seeing her team succeed. “Being able to use a 330-mph race car to promote ROKiT products across the U.S. and having the best tequila on the market, Bandero, fuel this passion is a match made in heaven,” said ROKiT co-founder Jonathan Kendrick. “I know these race cars are incredibly powerful and the experience of seeing them in person or on TV makes incredible memories,” he said. “We are excited to see Alexis chase her championship dreams.”

As DeJoria completes her partnership lineup, she’s also changing the graphics of her Camry race car. Losing the prevalent red she sported in 2020, the new-look, dramatic black and white rolling promotional tool has her excited. “Both of the brands represent my passion and dedication to perfection, innovation and being true to yourself. The diversity of the ROKiT brands is massive and we are continuing to find ways too integrate into the NHRA,” she explained. “I am especially excited about introducing Bandero to my NHRA fans, because the meticulousness that goes into making this tequila gives it an amazing flavor,” the Austin, TX resident said. 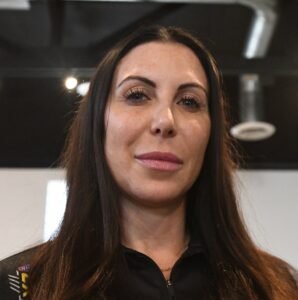 DeJoria’s 2020 season picked up after last year’s U.S. Nationals during the Labor Day weekend, a race she won in decisive fashion in 2014. Over the final five contests off the year, she qualified in the top five each time and advanced to earn a trio of semifinal results in the final four races of the difficult year. Her first-year DC Motorsports team and her ROKiT Funny Car earned the fourth-highest point total over the second half of the protracted season. Those results only fueled her desire to be more successful in 2021.

“We had a new team last year and it took some time o get squared away,” she admitted, “but when we came together we were a very tough team. This sport is about passion and pushing it to the limit,” said the racer, who had 109 round wins in 2020. “It is the perfect sport for me as well as my sponsors. When I get behind the wheel of the 330-mph Camry Funny Car, I have to be totally committed and ready for anything. I have an amazing team behind me and I can’t imagine doing anything else. I have a feeling this is boing to be a great year for us.”

The 2021 NHRA Camping World Dog Racing Series season – NHRA’s 70th anniversary as a sanctioning group – will be Alexis DeJoria’s eighth full year of professional racing. Prior to entering the Funny Car ranks, DeJoria owned, managed and competed with her own Top Alcohol Funny Car team, securing a win at the 2011 NHRA Northwest Nationals outside Seattle. She is the first woman to compete in 100 NHRA Funny Car national events and was the first female to beak the four-second elapsed time barrier, running 3.998 seconds at the series’ 2014 race on the Brainerd International Raceway dragstrip.

Along with most of her 2021 NHRA Funny Car competitors, including John Force, Robert Hight, Ron Capps, Matt Hagan, Bob Tasca III and Cruz Pedregon, DeJoria will take part in the PRO Winter Warm-Up March 5-7 at Palm Beach International Raceway, prior to traveling north to Gainesville for the season starter.