While many celebrated the Fourth of July holiday with fireworks, two NHRA drivers used their explosive performances at New England Dragway to leave drag racing fans walking away in shock and awe. Much like most of his experiences this season, the current king of Top Fuel, Steve Torrence, continued his winning ways after defeating Scott Palmer to earn his seventh Top Fuel Wally of 2019 and second-straight at the NHRA New England Nationals. Torrence wouldn’t be the only repeat winner at New England Dragway. After an equally impressive run in Sunday’s final round former, NHRA champion Matt Hagan defeated Shawn Langdon by five-hundredths of a second to earn his third straight victory at New England Dragway. 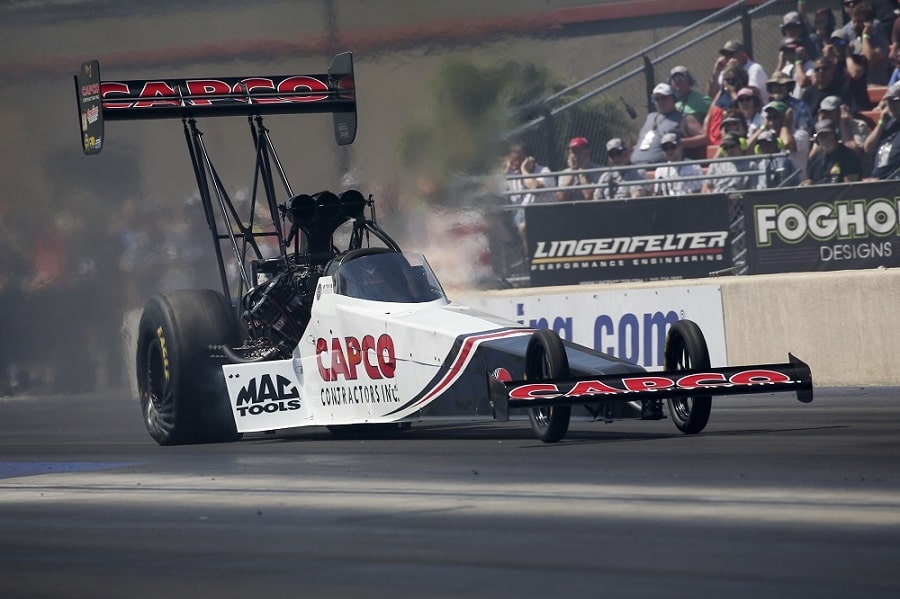 Despite qualifying ninth, the current Top Fuel points leader and defending world champion found his stride in New England after taking down Auto Club Road to the Future candidate Austin Prock in Sunday’s first elimination round. Torrence continued his winning stride by defeating Terry McMillen in the second round and moving on to Richie Crampton. Although Crampton put up one hell of a fight in Sunday’s semifinal round, Torrence would once again dash to glory to reach his eighth straight and 50th overall final round.

While Scott Palmer advanced to his second career final round thanks to wins against Dan Mercier, Antron Brown and No. 1 qualifier Clay Millican, the driver whose first win was earned against Steve Torrence last year in Phoenix fell short in Sunday’s final round.

As the two winning drivers lined up on the stripe in Sunday’s final elimination round, Palmer and his Magic Dry Organic Absorbent Top Fuel team put a cylinder out down track, which gave Torrence and his Capco Contractors a chance to run a 3.861-second pass at 321.58 MPH for his 34th career win and his second win at the NHRA New England Nationals.

“I really, really want my buddy Scott Palmer to win a race, but we want to win them all, too,” said Torrence. “That was a great final round. That’s a really good group of guys, and to see the progression we have both made is pretty neat and really special for us.”

As after most races this season, Torrence continues to dominate the Top Fuel points battle going into the Dodge NHRA Mile-High Nationals in Denver. 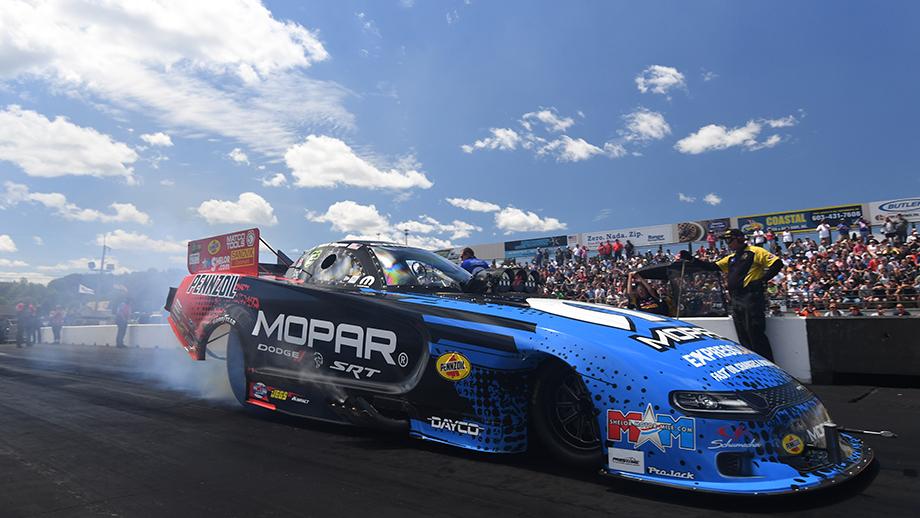 Although this round was against equally hard charging Funny Car driver Shawn Langdon, Hagan won for the third straight year in a row after going 4.014-seconds at 322.81 MPH in the final round in his MOPAR Dodge Charger SRT Hellcat to beat Shawn Langdon’s 4.046-second pass at 317.49 MPH.

“After a great qualifying effort, I knew that our Don Schumacher Racing team had the car to beat on Sunday,” said Hagan. “This is why I am so excited to get another win, which is sure to be a turning point for our team this season.”

Hagan has now won at least two races every year for the past seven seasons. He entered New England Dragway in eighth place and leaves tied with Bob Tasca III in seventh with a much-needed Wally for his Mopar-backed team.