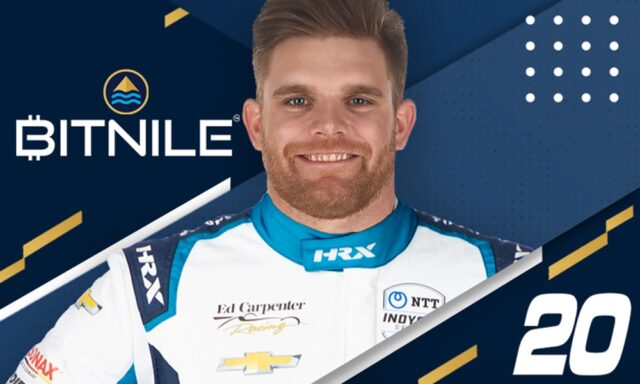 For the first time since 2017, second-generation INDYCAR driver Conor Daly has a full-time ride for the 2022 season – with a single team. For the past two seasons Daly has contested road and street courses for Ed Carpenter Racing (ECR), driving the No. 20 dedicated to team owner Ed Carpenter for the NTT INDYCAR SERIES oval contests. For all but the Indianapolis 500, where ECR ran a third car for Daly, the 30-year-old raced with Carlin, substituting for regular driver Max Chilton, who prefers not to race oval circuits.

As last year’s campaign drew to a close, Daly was, once again on the driver market, not certain of his status for the upcoming season in 2022. That has changed, with ECR’s decision to place Conor Daly in the No. 20 on a full-time basis this year, giving the Noblesville, Indiana racer the security of knowing what he’s doing for the complete racing season.  After working with the two Chevrolet-powered teams for the past two seasons, Daly can keep his helmet bag in the same place throughout the 17-race INDYCAR season.

Not only does Daly have a full-time date with Ed Carpenter Racing, he has a primary partner in BitNile Holdings, Inc., which will also serve as an associate sponsor on the No. 21 Chevy piloted by third-year ECR driver Rinus Veekay. Team owner Ed Carpenter, who has secured pole position three times for the Indianapolis 500, joins his two full-time drivers in a three-car entry for the 106th Indy 500. Carpenter is well-known in the cryptocurrency world as he welcomed the first decentralized sponsorship in the history of racing when the stellar oval racer welcomed Bitcoin during the 2021 Month of May at Indianapolis Motor Speedway. 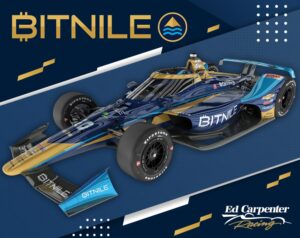 “I am extremely proud to welcome BitNile to the ECR family,” Carpenter said. “It is exciting to be able to expand our team’s involvement in the culture of Bitcoin after running the Bitcoin car last May. We will also represent a few other exciting brands within BitNile Holdings as the year progresses,” Carpenter teased, “so there is more to come.”

Over the past eight years, Conor Daly has competed in 80 Indy car races. The 2021 Indy 500 proved a career highlight for the hometown favorite; he paced the 33-car field for nearly a quarter of the race, leading the most laps of all drivers before finishing 13th and on the lead lap when Helio Castroneves secured his fourth Indianapolis 500 victory. “Being chosen to represent BitNile is without a doubt one of the most important opportunities of my career,” Daly said. “This is an incredible partnership that we look forward to being able to strengthen and grow, as we go after race wins together.

“To be able to come back to Ed Carpenter Racing for the full season is incredible. I haven’t had the chance to be with one team for the entire year since 2017,” Daly continued, “so this is something I am very, very thankful for. I have a lot of faith in ECR and each year we continue to get better together. I couldn’t be more excited to get on track in the BitNile [No. 20] Chevrolet.”

BitNile’s corporate thrust is toward acquiring undervalued businesses and disruptive technologies, and having a global impact through those acquisitions. Through its multitude of wholly and majority-owned subsidiaries and its strategic investments, BitNile owns and operates a data center, at which it mines Bitcoin and provides mission-critical products that support a diverse range of industries. These include defense, aerospace, industrial, automotive, telecommunications, medical/biopharma and textile industries. It is also a credit provider to select entrepreneurial businesses, through a licensed, lending subsidiary.

BitNile founder and executive chairman, Milton “Todd” Ault III, has spent his entire career investing in undervalued assets and disruptive technologies. He believes this partnership will yield similar rewards. “I’ve been a fan of Indy car racing for a long time, and we are proud to have the opportunity to team up with Ed Carpenter Racing,” Ault said. “It is a natural fit for BitNile to join an Indiana business like Ed’s, as we have a number of investments in the Midwest, including our mining facilities. BitNile operates with a ‘Risk On’ philosophy where risk is an integral element if you want to win. Conor Daly and ECR share that mindset, making us in perfect alignment.”

Ed Carpenter is, personally no stranger to crypto industries, where he is recognized as the INDYCAR paddock leader of this technology. He spoke at the Bitcoin 2021 conference after his initial foray into Bitcoin sponsorship last season at Indianapolis.

The NTT INDYCAR SERIES season gets underway on the streets of St Petersburg, Florida the final weekend of February, with the Firestone Grand Prix of St Petersburg. The versatile Daly is currently racing in the 36th annual Lucas Oil Chili Bowl Nationals and both Daly and Carpenter will be guests on Mr. Ault’s January 19th podcast, Risk On. There will be a livestream from the ECR shop on YouTube at 4PM ET.