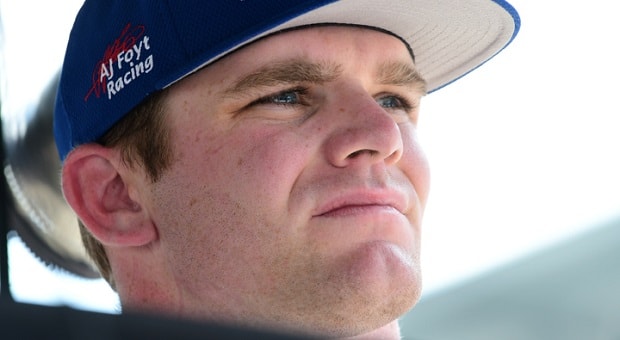 American Conor Daly has shown his talent behind the wheel in a variety of series in the USA and abroad, competing in Indy Lights, INDYCAR, GP3 and GP2 over the course of his career. Conor, the son of former racer Derek Daly, has a one-off ride this year in the 102nd Indianapolis 500, racing for Dale Coyne Racing with Burns Racing. As the Verizon IndyCar Series prepares for its Grand Prix of Indianapolis on Saturday, Daly announced a new program that will take him into another racing series for the first time. The backing he’s secured is highly professional, local for the Indianapolis-area resident and personal, as well.

Daly, who has Type 1 diabetes, has secured sponsorship with Indianapolis-based pharmaceutical company Lilly Diabetes, joining Roush Fenway Racing’s NASCAR Xfinity Series team for the August race at Road America, one of the few road-racing venues for NASCAR’s ladder series. He’ll be a teammate to Ryan Reed, also sponsored by Lilly and also a Type 1 diabetic.

Reed and Lilly Diabetes have partnered for the past five years; the addition of Daly to the team appeared natural, as both racers are advocates for people living with diabetes, helping them better manage their disease. “Last year,” said Ashley Brewer, consumer brand director for Lilly Diabetes, “we expanded our footprint within the racing community, so Lilly Diabetes has partnered with NASCAR. This is our second year of being the official diabetes health partners of NASCAR.”

Brewer welcomed Daly to the Lilly Diabetes family. “Like Ryan, Conor has Type 1 diabetes, and we’re thankful he’s willing to share his story and join Ryan and us inspiring folks with diabetes to take action to better manage their health and their diabetes management as well.”

Daly first worked with Lilly Diabetes in 2016 when he drove full-time for Dale Coyne Racing. “I thought it was a really cool first step into a relationship,” he said. In addition to the NASCAR drive, Lilly Diabetes is partnering with Daly and his Indy 500 team this May. “It was a late deal in 2016,” Daly noted. “We got it done after qualifying, but now we’ve got this whole month of May to work with it and kind of just grow together as a team. Then, obviously, I’m going to go into the NASCAR realm of life, so I’m excited for that.”

Reed, with his half-decade working alongside Lilly Diabetes on various initiatives, has a wealth of experience to share with Daly. Talking about the firm’s commitment, he said, “It shows how much they care about diabetes awareness and making an impact in the diabetes community with initiatives like DriveDownA1C.com or the official diabetes health partner of NASCAR and then everything we’ve done with our No. 15 Lilly Diabetes Ford Mustang for the last five years; I think it’s just amazing.”

Reed and Daly have become friends and fans of one another’s racing achievements over the years. “I think one of the coolest things and the first thing I thought about was we talk a lot about living with diabetes and driving race cars and chasing your dreams, not letting diabetes hold you back,” Reed continued. “Me and Conor, I think, are going to make great teammates and hopefully help each other go contend for a win at Road America, and I’m just really, really excited about it.”

Together with the opportunity to compete, Daly and Reed are going to have “this really cool NASCAR YouTube series, which is going to document this ride to the Indy 500 because, obviously, the Indy 500 is the biggest race in the world and it’s an incredible event,” Daly stated. “Going from that to then sequencing into NASCAR, my first-ever NASCAR race, we’re going to have a lot of behind-the-scenes footage of how that’s going to look, how I am going to change my training regimen, how I am going to deal with the swap over to a different cockpit, different world.”

Daly will need some training heading into this very different racecar. “I’m going to try and go out there to Charlotte a lot and get on their simulator; it’s quite effective these days,” Daly said. “Ryan said that their road course model is probably really, really accurate to actually how it is. I talked to AJ Allmendinger over the last couple of weeks. He’s already been helping me a lot with some notes and different things I should look out for. I’m going to try and use my resources that I know and try and be as prepared as possible, because preparation is so important.”

Daly’s race at Road America has been in the rumor mill for quite a while, but will be a change for him. “From 2012 to 2015 I almost drove every single car you could drive except for NASCAR. I drove sports car, I drove tin-tops, I drove all kinds of things and, as a driver, I think you’re always driven to want more and to want to try more.”

He believes many in the Indy car paddock would like to try out NASCAR Xfinity racing at tracks like Road America, Mid-Ohio or Watkins Glen. “It’s a very entertaining product; they’re really good drivers; the series is very competitive and it just looks like a really good racing environment, like a good, proper race. So I was just excited to have that opportunity. I mean, rod courses are my cup of tea and that’s what I’d love to at least check out first before anything else.”

When he talked with the Roush team, they decided Road America would be the perfect opportunity for Daly’s first Xfinity Series outing. “I won there in Skip Barber, won there in Pro Mazda, had a great race going there in 2016 in INDYCAR before we had a suspension failure, and I love that place,” Daly said. “It’s an incredible track, incredible environment. It worked well for everyone and that’s how it all came about.”

About Anne Proffit 561 Articles
Anne Proffit traces her love of racing - in particular drag racing - to her childhood days in Philadelphia, where Atco Dragway, Englishtown and Maple Grove Raceway were destinations just made for her. As a diversion, she was the first editor of IMSA’s Arrow newsletter, and now writes about and photographs sports cars, Indy cars, Formula 1, MotoGP, NASCAR, Formula Drift, Red Bull Global Rallycross - in addition to her first love of NHRA drag racing. A specialty is a particular admiration for the people that build and tune drag racing engines.