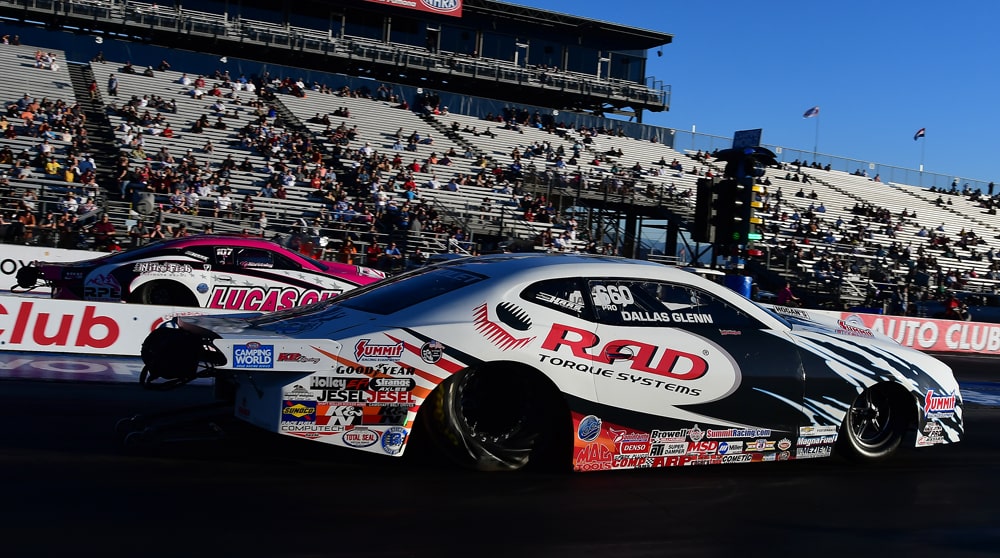 While there were 11 potential combatants in NHRA’s Camping World Drag Racing Series Rookie of the Year choices for the 2021 season, in reality there were truly two viable choices: either winner Dallas Glenn, driver of KB Racing’s Pro Stock RAD Torque Systems Chevrolet Camaro who won three races during the 20-contest season, and Top Fuel team owner/driver Josh Hart, who won in his first attempt and added a second 2021 Wally to his stash during the Countdown to the Championship at Charlotte this fall. 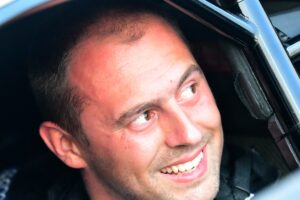 The ultimate winner, Glenn, ran every one of Pro Stock’s 18 races this year and was at or near the top of both the qualifying ladders and in eliminations. He didn’t just appear in thin air at Gainesville for the season opener; Glenn has been an integral part of KB Racing’s mechanical crew since 2013 and came to that championship team after pretty much being born in the pits. He first attended a race before he began to walk, so the smell of race fuel and Goodyear tire smoke was etched into him in his native Pacific Northwest.

Is it unusual to get to five final rounds in your first year of professional racing? Well, yeah, but that’s something Glenn achieved during this season. He had some great help from crew chiefs Rob Downing and Dave Connolly, the former a mainstay of KB Racing’s success on the track and the latter a menace both behind the wheel and an ace at managing his team’s drivers’ successes. That Glenn scored his first professional victory in his fourth start, the Four-Wide Nationals at Charlotte this spring, should have been a wake-up call for the class. Yes, this guy is real.

“I knew pretty early on that Pro Stock was where I wanted to go,” Glenn said. “I had told people for years, even before I got to drive, that I wanted to work on a Pro Stock team. Everybody was like, ‘Okay, that’s great, but what are you really going to do?’ I understand there are not many people who get to do this and the chances of me making it are pretty slim. But if you keep your head down and focus on one thing, you can make anything happen.”

Working as a crewman for eight years helped Dallas Glenn learn the KB Racing system and understand what it takes to produce a champion, as the team did this year with [now] five-time NHRA Camping World Pro Stock titleholder – and teammate – Greg Anderson, the most successful Pro Stock racer of all time with 99 wins. That’s called learning from the best.

Glenn began his own racing career as a teenager – he’s 30 now – in NHRA’s Division 6. A Sportsman champion at age 17 he was unable to race for the national title in NHRA’s traditional 2008 Pomona national finals because he was, at the time, underage. Those rules have been changed, a smart decision by NHRA to bring young, exceptional racers like Dallas Glenn to the attention of racers outside their divisions.

Racing bracket series at Seattle’s Pacific Raceways, he went to nine final rounds in 2009, following both his father and grandfather into Stock Eliminator that year, and finally able to travel and race at Pomona, where he earned round wins and finished ninth in the nation. Even in 2010, he stated his “ultimate goal is to race Pro Stock,” one he achieved just 11 years on from that pronouncement. 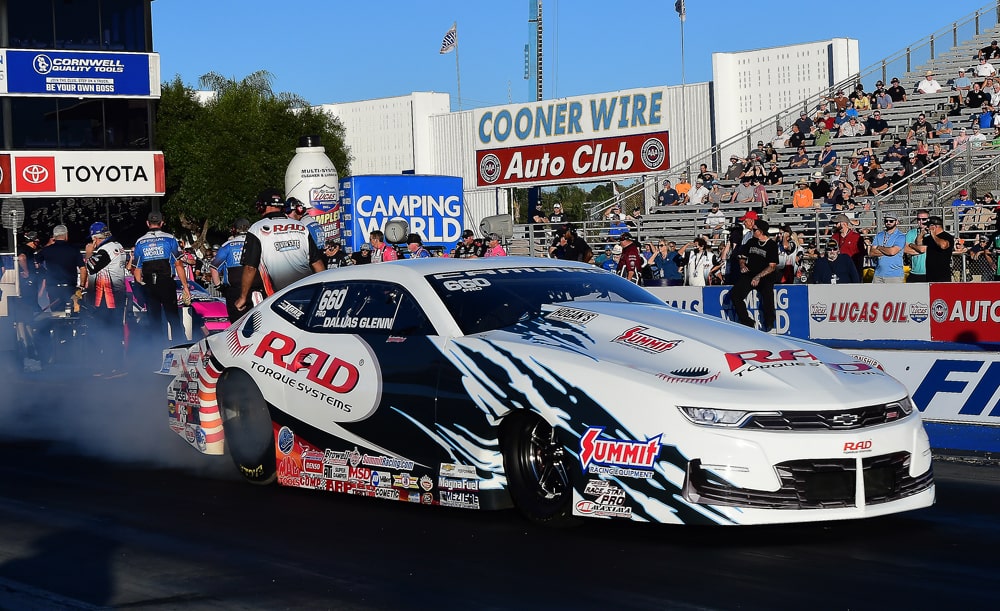 Initially, Glenn was only expecting to race four Pro Stock contests in the 2021 season, taking the wheel of retired racer Jason Line’s Camaro. The intent was to have him be car chief for Kyle Koretsky. Those plans changed at Charlotte and neither Glenn nor KB Racing have regrets about the change. “He’s a rare bird nowadays,” said Line, NHRA’s 2004 Rookie of the Year winner. “He has a passion for the sport that is not often seen anymore. Dallas can do a lot of things – he’s very talented – and he wants to learn all aspects of it. He’s a hard worker. He’s making the most of his opportunities. It’s fun to watch.”

Not only does KB Racing house the 2021 Pro Stock champion in Greg Anderson, but now they’ve also got the 2021 Rookie of the Year, Dallas Glenn. It sure will be fun to see how far this young man goes in his Pro Stock career.