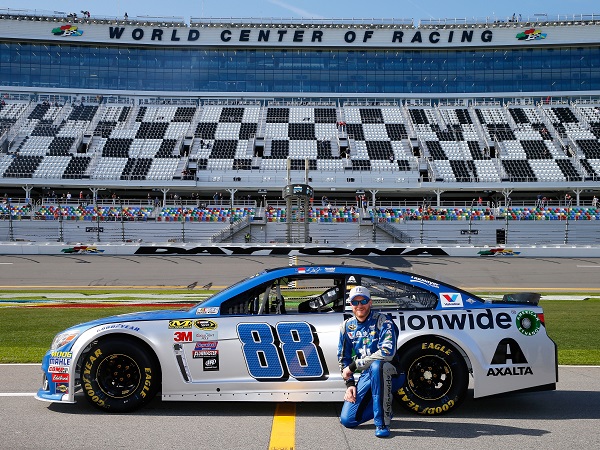 NASCAR fans of Dale Earnhardt, Jr. are jubilant after hearing Hendrick Motorsports announce on Thursday that NASCAR’s most popular driver for 14 consecutive years is returning to the cockpit in time to compete in the 2017 Daytona 500.

He was medically cleared to resume NASCAR competition after making a full recovery from a concussion following a test session at Darlington Raceway on Wednesday afternoon. 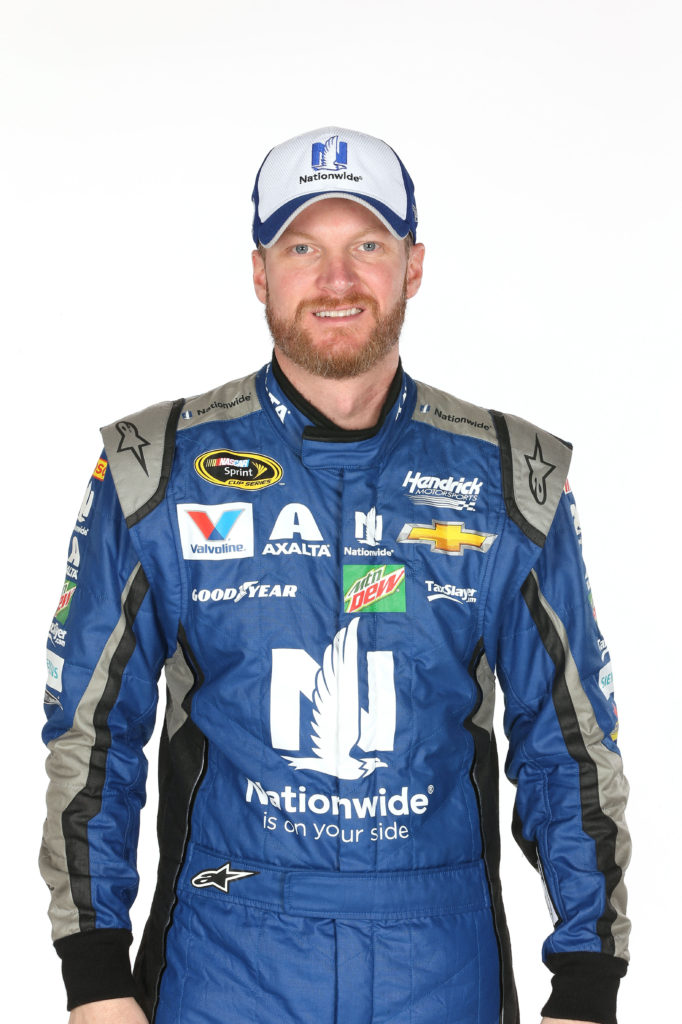 “Dale is one of the hardest-working patients I’ve ever encountered,” Collins said.  “He’s done everything we’ve asked, and we believe he is ready to compete at a professional level again and can withstand the normal forces of a race car driver.  Dale has been very open with us, and we’ve had plenty of time for his treatment, so we feel very good about his long-term prospects and how this has been managed by everyone involved.”

Earnhardt completed 185 laps during a nearly five-hour session, driving his Chevrolet SS at Darlington under the guidance of his crew chief Greg Ives. In addition to the on-track test, which was observed by NASCAR, the driver has logged more than 15 hours in a racing simulator during his recovery.

“I feel great, and I’m excited to officially be back,” Earnhardt said.  “I expected things to go really well yesterday, and that’s exactly what happened.  Actually getting in a race car was an important final step, and it gives me a ton of confidence going into 2017.  Thanks to the staff at Darlington for hosting our team and to NASCAR for giving us the opportunity to put a car on the track.  I’ll do more testing in January to help knock the rust off.  When it’s time to go to Daytona, I’ll be ready.”

Alex Bowman (10 races) and four-time NASCAR champion Jeff Gordon (eight races) handled substitute driving duties for the No. 88 team during Earnhardt’s recovery.  He missed the final 18 races of the 2016 NASCAR season beginning with the July 17 event in New Hampshire.

“Dale deserves so much credit,” said Rick Hendrick, owner of Hendrick Motorsports.  “I’m proud of him for listening to his body and standing up to take responsibility for his health.  He’s worked extremely hard and set a terrific example for others.  It’s great news as we go into the off-season, and we can’t wait to see him back on the racetrack at Daytona.”

Alex Bowman will race the No. 88 Nationwide Chevrolet SS in the Feb. 18 season-opening, non-points The Clash at Daytona International Speedway, which will feature pole position winners from the previous year.  Bowman won the No. 88 team’s lone 2016 pole at Phoenix in November.

“Alex did such a great job in the car this year, and I felt like he deserved another opportunity,” Earnhardt said.  “When I spoke with Rick and the team about him driving The Clash, everyone agreed that he more than earned it and Nationwide was 100-percent on board.  I’m really grateful to him and Jeff for what they did for our team, and I’m glad Alex is getting another run with us.”