As the stars of the NHRA raced their way into the start of the 2019 Countdown to the Championship at this weekend’s Mopar Express Lane NHRA Nationals at Maple Grove Raceway, three drivers earned some of the most impressive victories of the season. After claiming his second win of the season this weekend, Kalitta Motorsports driver Richie Crampton surged to fifth place in the point standings. Thanks to his first win of the 2019 season, Don Schumacher Racing driver Jack Beckman took over the Funny Car point standings as the Countdown continues. Best of all, Jason Line’s mid-season struggles in Pro Stock appear to be a distant memory after the three-time world champ claimed a key victory in Sunday’s final at Maple Grove Raceway, establishing himself as one of the favorites for the 2019 Mello Yello championship. 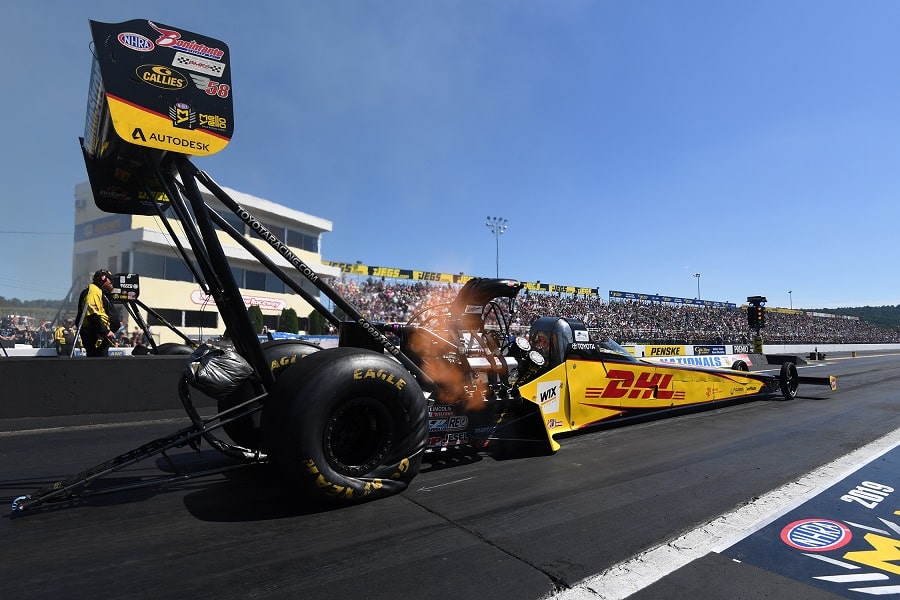 This weekend’s exciting Countdown to the Championship start began with a serious shakeup in the Top Fuel standings after defending champion Steve Torrence lost in the first round to Clay Millican. After this loss, both Brittany Force and Doug Kalitta quickly surged ahead in the point standings as Sunday’s elimination rounds wound down. As Force experienced a fuel leak in the semifinals, she missed out in a spot in the final after resetting a national record during what seemed like a banner weekend for the Advance Auto Parts team.

While Force fell short this weekend at Maple Grove Raceway, Kalitta took over the series points lead after racing his way to Sunday’s final against teammate Richie Crampton. Despite falling short to Crampton’s phenomenal performance in this final round, Kalitta now sits in the point lead ahead of Brittany Force, while Crampton moved up four spots in one weekend to fifth in the point standings thanks to taking down Kalitta in Sunday’s final round.

“I am so lucky to be a part of this team,” said Crampton. “Connie Kalitta is one of my heroes and it is such a big deal that I get to drive for him, and he tuned us to a great win today. I probably do not deserve to win based on the way I have been driving, but man, hats off to my team.” 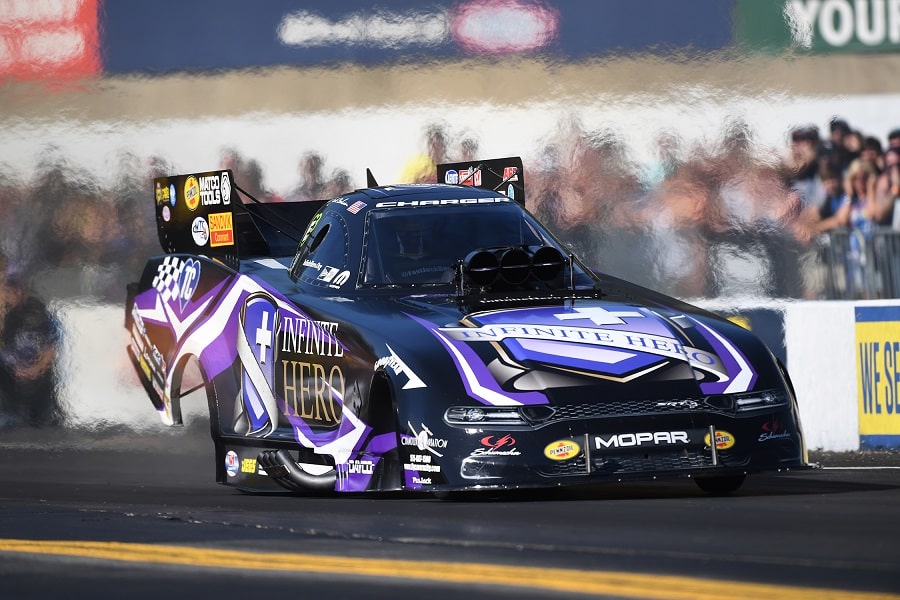 Although the current Top Fuel points leader didn’t earn a victory in Reading, the same can’t be said for the current Funny Car points leader. Don Schumacher Racing driver Jack Beckman took over the Funny Car point standings after scoring his first win of the 2019 season after defeating John Force in a rematch of the Chevrolet Performance U.S. Nationals.

While Force put up one heck of a fight after entering the Countdown to the Championship as the No. 1 seed after defeating Cruz Pedregon, Tim Wilkerson and Ron Capps, it was the final round against Beckman that ended his hopes for a Funny Car point lead heading into St. Louis.

In Sunday’s final round, Jack Beckman left John Force by four-hundredths of a second to earn a holeshot victory against the 16-time champion by .036-seconds. The Infinite Hero Dodge Charger SRT Hellcat will head to the AAA Insurance NHRA Midwest Nationals in first place for the first time in a very long time thanks to this victory.

“John has kind of owned me lately, so I would be lying if I said this one wasn’t extra special,” said Beckman. “I look forward to seeing what this team can do going forward in the Countdown.” 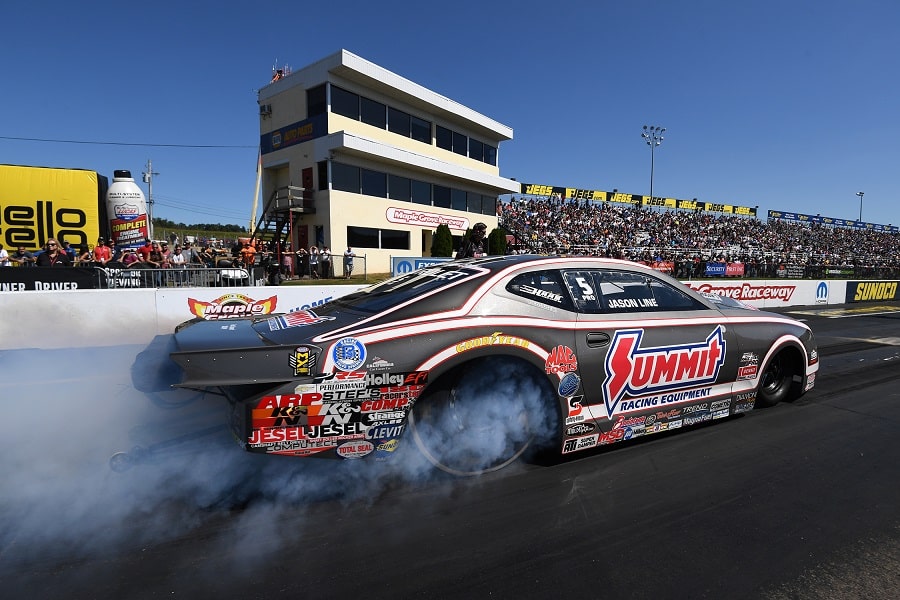 In one of the most exciting battles of the weekend at the Mopar Express Lane NHRA Nationals, Jason Line ended his mid-season struggles in the Pro Stock division to earn his 50th career win. After entering the Countdown as the No. 3 seed following an encouraging semifinal showing in Indy, Jason Line defeated Wally Stroupe, Bo Butner and Matt Hartford en route to Sunday’s final against first-time finalist and KB Racing engine customer, Fernando Cuadra.

Although Cuadra grabbed an early lead of three-hundredths at the start of this race, this new driver came up .009-second short to Line at the finish line.

“This was a big victory and although I was a little tardy in the final, we came out on top,” said Line. “As for 50 wins, that means I probably should have gotten there a long time ago, but it also means that I have had some good race cars and some great people who I have gotten to work with over the years. It has been an incredibly fun ride that I look forward to more of as the Countdown to the Championship continues.”

The 2019 Countdown to the 2019 NHRA Mello Yello Drag Racing Series season continues at the AAA Insurance NHRA Midwest Nationals at World Wide Technology Raceway. Stay tuned to RacingJunk.com for all of your NHRA coverage!