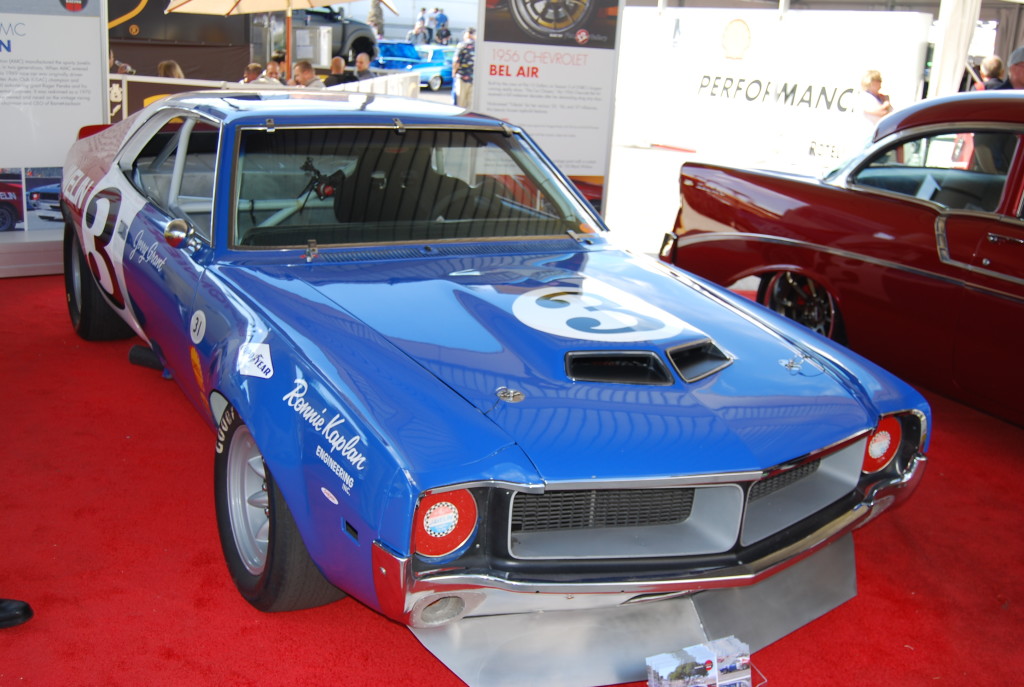 Many years ago, Craig Jackson took me to a body shop in Phoenix, AZ where he worked on the cars that he owned back then. Although his family’s auction business was trending more and more towards high-end automobiles at that time, Jackson’s personal passion lay with AMC cars.

I can’t remember exactly which AMC cars he had in the building then, but there were several of them that he was quite proud of. At the 2015 SEMA Show, I was happy to see that a 1969 AMC Javelin race car on exhibit outside the Las Vegas Convention Center was owned by Craig Jackson.

Basically, the ’69 AMC Javelin was unchanged from the previous year’s model. Styling treatments were improved and a few mechanical features were upgraded to create a better product. A new twin venturi grille was used.

The “big muscle” on the AMC options list was the 390-cid with 315 hp. It was available with dealer-installed factory high-performance parts, as well as Isky, Edelbrock, or Offenhauser speed equipment and Doug’s Headers. AMC was careful to offer it with a choice of automatic or four-speed transmissions.

Production totals for 1969 included 17,389 Javelins and 23,286 Javelin SSTs. AMC built 17,147 of the 390-cid V-8s, but some were used in cars other than Javelins. The car Jackson had in Vegas was a car that Jerry Grant drove in the Trans-Am racing series where heated-up 290s would have been used. Grant was a USAC champion who also competed in the Indy 500.

Later, Roger Penske acquired the car and used it for developmental work. For some reason, it was re-skinned as a 1970 Javelin. Craig Jackson still campaigns the car on the vintage racing circuit. It is finished in the red-white-blue colors used on AMC race cars and wears No. 3 on the doors. Ronnie Kaplan Engineering decals adorn the front fenders.