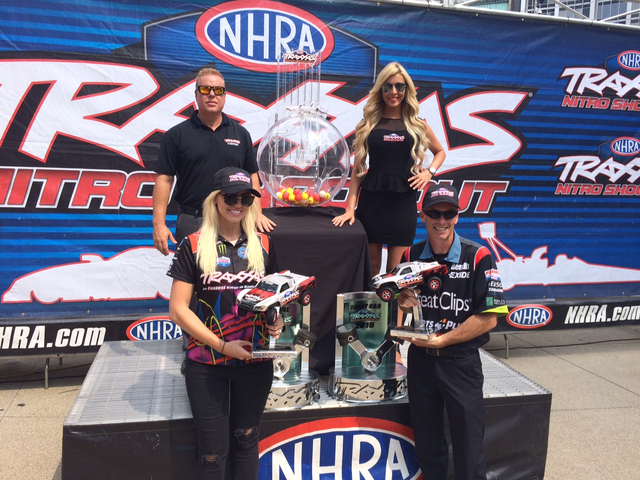 Courtney Force came out on top in the Traxxas Nitro Shootout lottery for the Funny Car Shootout at the special event held in Indianapolis.  Courtney was not the only John Force Racing driver eligible for the lottery, but her sister Brittany was not so lucky.

Younger sister Courtney was second in the fan vote with only 42% of the votes, but was just 1% behind the driver in first place.  This was the first time in Traxxas Nitro Shootout lottery history that the driver with the most votes did not win the lottery.

Brittany Force led the fan votes for the Top Fuel Shootout lottery with 57%, but saw he number drawn second to veteran Clay Millican, who had 24% of the fan votes.

Below are the racers who will compete against each other at the Traxxas Nitro Shootout: