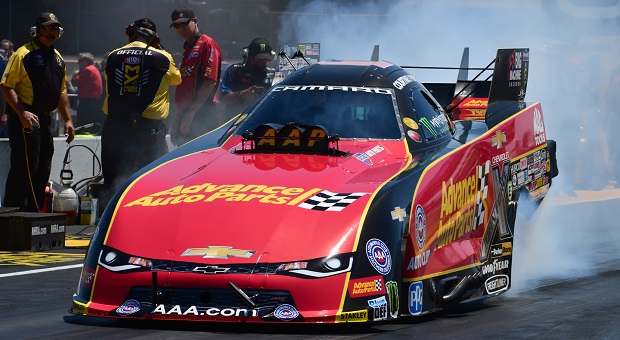 There are competitors who have won a title without earning a Wally winner’s trophy in NHRA – Eddie Krawiec earned his first NHRA Pro Stock Motorcycle title without a win in 2011 – but Force definitely doesn’t want to do it that way, even though she’s got a realistic chance.

Just 171 points out of the lead held by reigning titleholder Ron Capps (driving Don Schumacher Racing’s Dodge Charger R/T for NAPA) and 147 behind teammate and second-place driver Robert Hight, Force has held down the third spot since Reading, the second of six Countdown to the Championship playoff races. 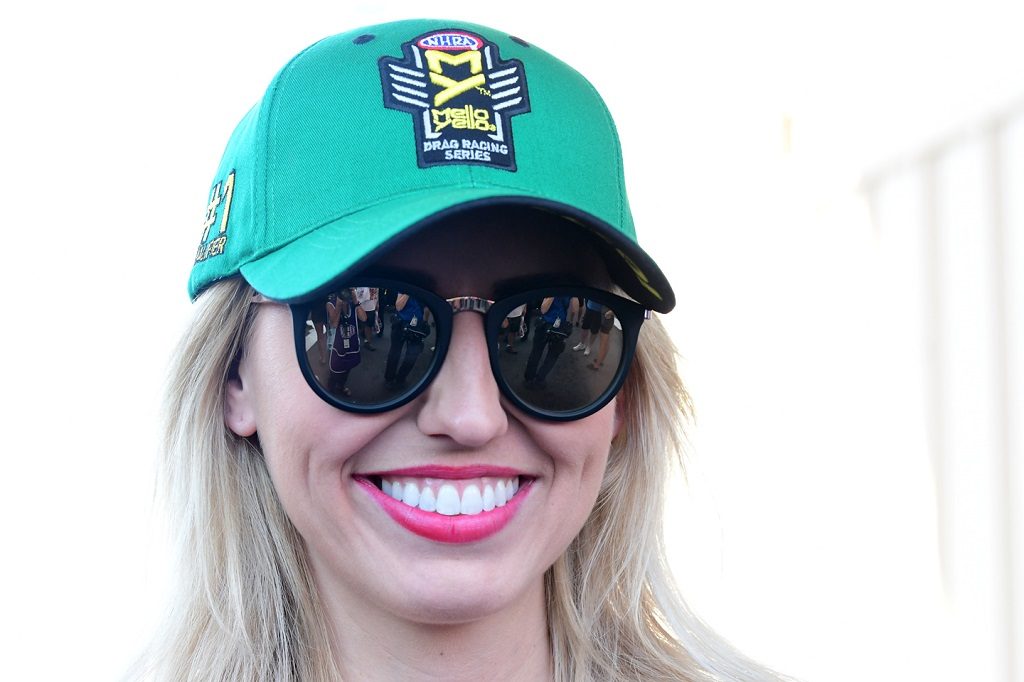 Coming into this penultimate race at The Strip at Las Vegas Motor Speedway, Courtney Force had a 25-21 record in 46 elimination rounds and has earned seven No. 1 qualifiers. She’s gone to four final rounds this year, including two in the Countdown.

“We’re going to have to turn this thing around at Vegas. We’ve got a good race car and need to be on it when we get there,” Force said. “Hopefully we can continue to go rounds, because this championship isn’t over yet. We know there’s points-and-a-half when we get to Pomona; we’ll see what we can do.”

If Force keeps up her consistent performance, she could easily end up being a spoiler for both Capps and Hight once the series hits the Auto Club Raceway at Pomona dragstrip November 9-12. With 1.5 points in play, it could be anyone’s race and anyone’s championship.

About Anne Proffit 767 Articles
Anne Proffit traces her love of racing - in particular drag racing - to her childhood days in Philadelphia, where Atco Dragway, Englishtown and Maple Grove Raceway were destinations just made for her. As a diversion, she was the first editor of IMSA’s Arrow newsletter, and now writes about and photographs sports cars, Indy cars, Formula 1, MotoGP, NASCAR, Formula Drift, Red Bull Global Rallycross - in addition to her first love of NHRA drag racing. A specialty is a particular admiration for the people that build and tune drag racing engines.