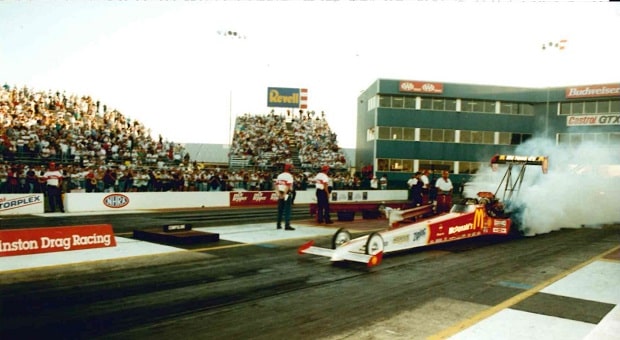 McClenathan was the first driver to exceed 320 mph when his McDonald’s sponsored Top Fuel dragster rocketed down the all-concrete track at a speed of 321.77 mph in 1997. That run was voted in as aTop 5 all-time Motorplex Moment. McClenathan is also recognized in the No. 9 all-time Motorplex Moment, Don Prudhomme’s last professional victory as a driver. McClenathan was in the opposite lane against Prudhomme during that 1994 race.

“Cory McClenathan is a big part of the record setting history of Texas Motorplex and the AAA Texas NHRA FallNationals,” said Andy Carter, Texas Motorplex General Manager. “We are thrilled he is closing out his amazing career with another race in Ennis. We are honored to recognize him as the first Texas Motorplex Legend award recipient. We will have a special presentation for him during opening ceremonies and he will forever be recognized in the Texas Motorplex Champion’s Club.” 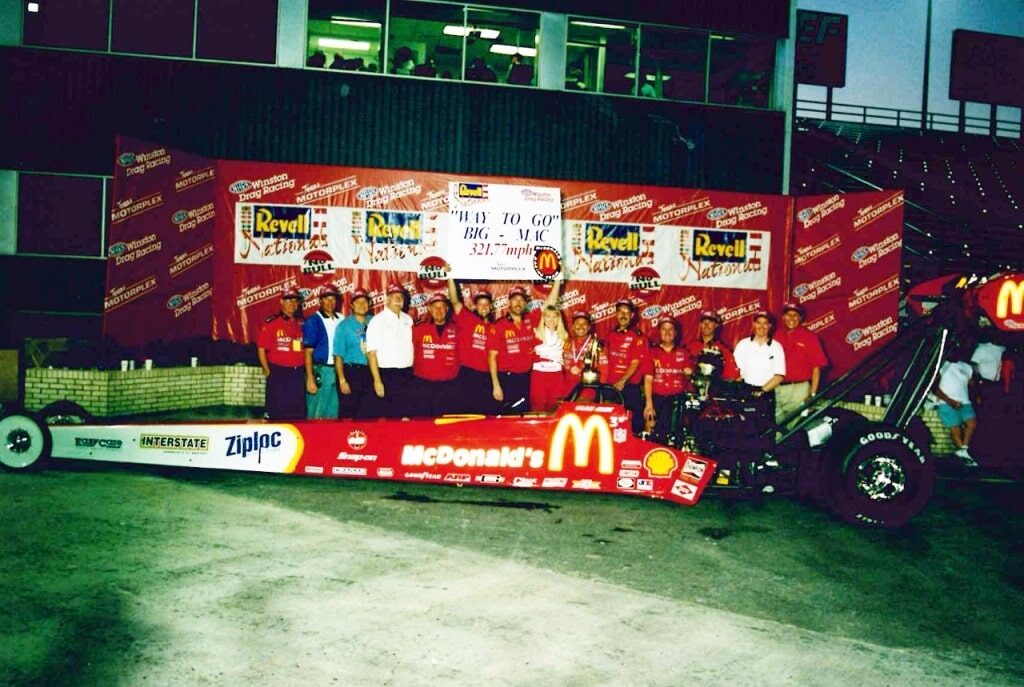 With three Texas Motorplex Top Fuel wins, McClenathan can claim the second most such victories in Motorplex history, tied with Gary Scelzi and just behind Tony Schumacher, the all-time leader with six Top Fuel Motorplex wins. In his career, McClenathan recorded a total of 18 Top 10 finishes, was second four times and third four other times; he also won 30 or more rounds in a season eight times.

“When the track called about this award I was blown away,” McClenathan said. “The Texas Motorplex has always held a special place in my heart. I have to thank Dexter Tuttle for giving me this chance to race these last three races. I can remember that 321 mph pass like it was yesterday. We went on to win that race and it was an amazing weekend. Thank you to Billy Meyer, Andy Carter and all the fans across the years that came out to support me at the Texas Motorplex. This is just a really cool honor. ”

The AAA Texas NHRA FallNationals will be contested from October 18-20 with two days of qualifying on Friday and Saturday. Nitro qualifying times for Friday are 3:30 p.m. and 7:00 p.m. and on Saturday the Top Fuel and Funny Car teams will hit the track at 1:00 p.m. and 4:30 p.m. Final elimination will be contested on Sunday beginning at 11 a.m. For tickets and more information visit www.texasmotorplex.com.