Americans and American car manufacturers have long been challenged by France’s mid-June endurance racing classic, the 24 Hours of Le Mans. Now in its 87th running, Le Mans has had many American winners from the driving, mechanic, manufacturing sides.

One American team has been prominent at The Sarthe circuit in this era of sports car endurance racing: Corvette Racing. Singularly, this team has used one model of car and one manufacturer for is 20 years of competition: the Chevrolet Corvette. Racing in a variety of GT categories as the Automobile Club de l’Oest (ACO) changes the playing field, Corvette Racing has asked up eight class victories since 2001 and is hoping to secure its ninth from third in the 17-car GTE Pro entry.

Thursday night, Corvette Racing stalwart Antonio Garcia urged the No. 63 Corvette C7.R he shares with Jan Magnussen and Mike Rockenfeller to a lap of 3:48.830 (132.849) on the 8.49-mile circuit, in the final of three qualifying sessions. A three-time Le Mans winner who has arrived at Victory Lane twice with Corvette Racing, Garcia had to battle caution flags and slow zones to secure his starting spot. 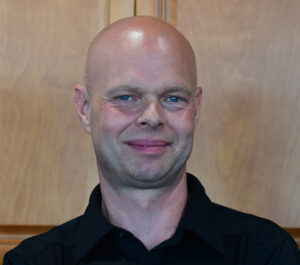 The No. 63 lines up in 31st place overall, behind GTE Pro competitors Aston Martin Racing’s Vantage AMR and Ford Chip Ganassi Team UK’s Ford GT. Corvette Racing’s No. 64 Corvette C7.R starts 39th and 11th in the populous category. Corvette Racing has used the No.’s 3 and 4 for its American competition in ALMS and IMSA, where it has amassed 99 victories; the ACO has assigned the team either Nos. 63 and 74 or 73 and 74; incredibly each car has contributed four wins to the total of eight.

Jim Campbell, who serves as Chevrolet U.S. vice president for performance and motorsports noted, “This is Corvette Racing’s 20th consecutive appearance at the 24 Hours of Le Mans. Every single year is an absolute honor to race at Le Mans: we’re proud to have celebrated eight class wins and many podium finishes.” Campbell said the lessons learned at Le Mans “transfer back to our production vehicles and powertrain systems for the showroom. The Corvette owners’ passion and support of this race program are one of the reasons why we continue to compete.” 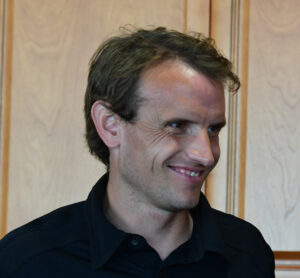 Having the longest day ahead of them, Corvette Racing uses Friday to prepare their cars, their bodies and their minds for the race. While it will be chilly during the short Saturday darkness – next week marks the longest day of the year, the Summer Solstice – temperatures in the high 50s and mid-70s, along with partly cloudy skies, should make for quick times and speeds over this very long circuit.

With 12 of 17 LMGTE Pro cars within 1.5 seconds in Le Mans qualifying, and with Corvette Racing’s Garcia’s time just .8-sec off pole position, “That’s pretty close,” Garcia said. “And that’s what we can expect for the race: a train of GTE cars. Luckily we’re in the first part of the train, which will make things a little bit easier since we’ll be a little bit more in control rather than chasing all the time. I think it’s going to be a very interesting 24 Hours, with 15 laps per hour and many cars nose-to-tail.”