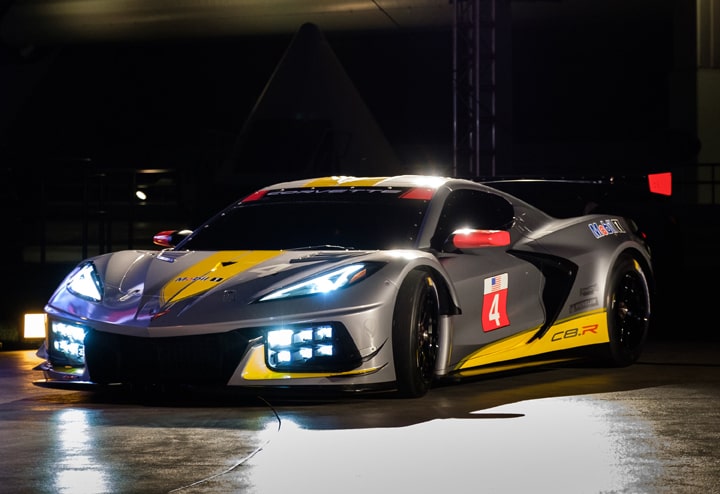 Corvette Racing’s bright yellow C7.R IMSA contenders have, for quite a while been the oldest competitor in the WeatherTech SportsCar Championship’s GTLM category, one that aligns with the class of the same name in the World Endurance Championship (WEC) and at the Le Mans 24-hour race.

That will change after next weekend’s 22nd annual Motul Petit Le Mans at Michelin Raceway Road Atlanta, the IMSA season closer. Although Corvette Racing has scheduled an in-depth reveal of its new C8.R during the Petit Le Mans weekend, it sprung the new race car a wee bit early, while showing off the C8’s new Stingray road-going convertible at Cape Canaveral’s Kennedy Space Center, located less than an hour away from the site of the new race car’s competitive debut next January.

It was more than 60 years of racing heritage that helped Corvette ready its latest debut of Chevrolet’s first mid-engine GTLM race car. It’s definitely a different structure for Chevrolet, which is taking this technology transfer from the street directly to the track – and vice versa. 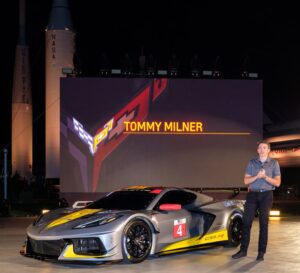 “The C8.R is much more than just a race-tuned version of the 2020 Corvette Stingray,” noted Jim Campbell, Chevrolet’s U.S. vice president of performance and motorsports. “It’s a culmination of many yers of testing and development between GM Design, Propulsion, Engineering and the Corvette Racing team (and its Pratt/Miller technology team). The collaboration between these teams has allowed us to take these vehicles’ performance to the next level, both on the street and on the track,” he said.

Corvette Racing’s success on the track over the last 20 years has helped push the development of the Corvette platform and enhanced popularity of America’s first true sports car. Not only does the current C7.R compete in IMSA competition but it’s also a vital part of WEC and the European Le Mans Series (ELMS).

Here in the United States, Corvette Racing has produced a total of 107 victories – and is looking for No. 108 at Petit Le Mans – the most of any sports car team in North American competition. Since 1999, those victories have been accompanied by 13 team championships and 12 driver and manufacturer titles. 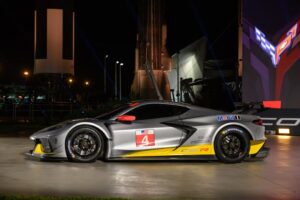 In 2015, Corvette Racing won endurance racing’s Triple Crown as the first team in 15 yers to secure victories at the Rolex 24 at Daytona, the 12 Hours of Sebring and in the 24 Hours of Le Mans, performing this feat within the scope of a single season.

For its debut at IMSA’s season-starting Rolex 24 at Daytona the final weekend of January, 2020, the new Corvette Racing C8.R will show new colors of silver with yellow accents for the No. 4 car, which was shown at the Cape Canaveral event and introduced by factory driver Tommy Milner.