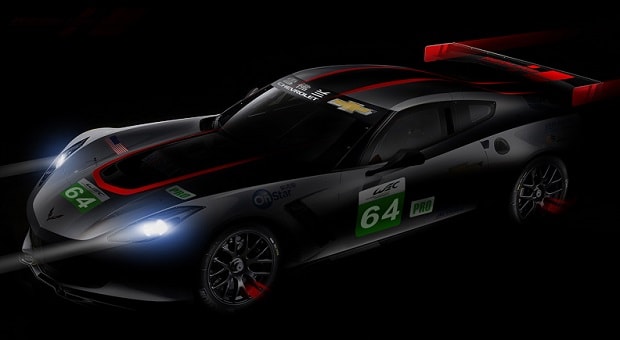 By the time IMSA’s WeatherTech SportsCar Championship completes its 10-month-long season with the Motul Petit Le Mans 10-hour endurance contest on October 10-13, most of the teams will be ready for a good rest before resuming testing prior to 2019’s season starter, the Rolex 24 at Daytona. But not Corvette Racing, the 12-time IMSA manufacturer champions, who have secured 11 driver’s titles in IMSA series competition and have won 107 races around the globe. No – Corvette Racing has elected to complete its historic 20th season of competition by competing in the FIA’s World Endurance Championship (WEC) Super Season race in Shanghai, China.

Corvette Racing is entering a single C7.R racecar, foregoing its traditional yellow to compete with a special Redline livery in the 6 Hours of Shanghai, taking place November 16-18 on the 16-turn, 5.45-kilometer Shanghai International Circuit. This marks the first factory-run entry for Corvette Racing in Asia on the circuit that hosts Formula One’s Chinese Grand Prix.

The eight-time class winners of the 24 Heures du Mans midsummer classic at Le Mans, France, Corvette Racing’s single Shanghai entry will highlight its Redline special editions of Chevrolet products available across the range in the country. Chevy introduced its Redline special edition portfolio for China at Auto Guangzhou 2017 and announced four Redline models to enter that domestic market in 2018. Most future Chevrolet models in China will have Redline variants.

The World Endurance Championship is a multi-national sports car series featuring competition at venues around the world; all races last a minimum of six hours, with Le Mans being the most famous and longest stop on the tour. Le Mans is featured twice in the 2018-2019 Super Season calendar. WEC racing tests speed and driving skills, and accents endurance, stability and fuel economy of competitors in extreme driving.

“Corvette Racing has proven itself as a world-class racing program,” said Mark Kent, Chevrolet director of motorsports competition. “Competing in this Shanghai race provides us an additional opportunity to test ourselves against the top manufacturers and teams in FIA’s WEC.”

In electing to close Corvette Racing’s 2018 season – its 20th in competition – at Shanghai, Scott Lawson, general director of Chevrolet for SAIC-GM, noted, “Corvette is a global icon that we are excited to bringing to race in China, the second largest market for Chevrolet. We are strengthening the brand in China by boosting our product lineup and our overall customer and ownership experience. We have begun rolling out our more youthful and sporty Redline edition to help us reach younger customers.”