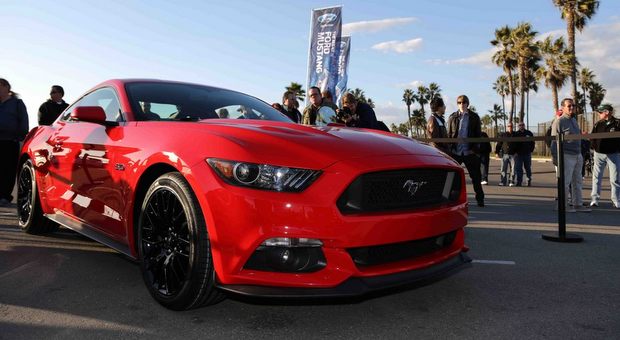 Ford recently revealed the completely re-designed 2015 Ford Mustang, and while there are many improvements, like the long overdue independent rear suspension, many Mustang enthusiasts are less than pleased with Ford’s new design direction.

The most popular comments target the aesthetics of the 2015 Mustang, with people calling it a “two-door Ford Fusion” or likening it to a Honda Accord Coupe. Then there’s the other side of the spectrum where people are excited about the new look, praising the softer curves of the new pony car.

Here are a few choice comments from Racing Junk’s Facebook page in regards to the upcoming Mustang:

“Once again Ford puts [their] badge on another [manufacturer’s] design.”

“Just when you thought it couldn’t get worse.”

The buzz isn’t all negative though:

“I’m not normally an American car guy, but this is looking good. Fixes the ugly of late in a solid way.”

“Welcome to the future. Bad @ass!”

Are the comparisons to other makes and models a sign of the future of automotive design? Are all the designers “playing it safe?” Take our poll below!

Email your thoughts to [email protected] or comment below!