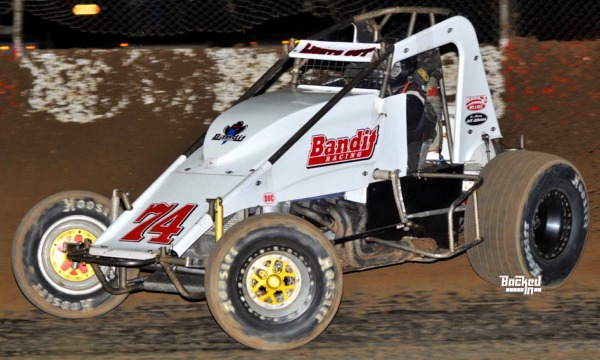 Driving the Ted Williams owned #74 Bandit Racing / Marks Bolts #74 Maxim, Colby Copeland had a night to remember at Canyon. Sweeping both the main event and his 8-lap heat race, Copeland has climbed to eleventh in the six-race mini-series. To date, the former “Salute to Indy” winner has two heat race victories, one top-10 finish, and 30 feature laps led in the “Winter Challenge.”