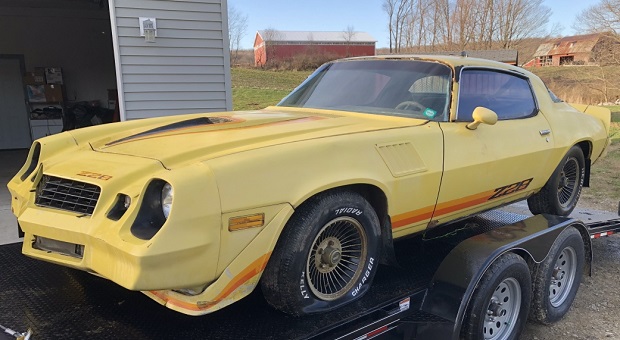 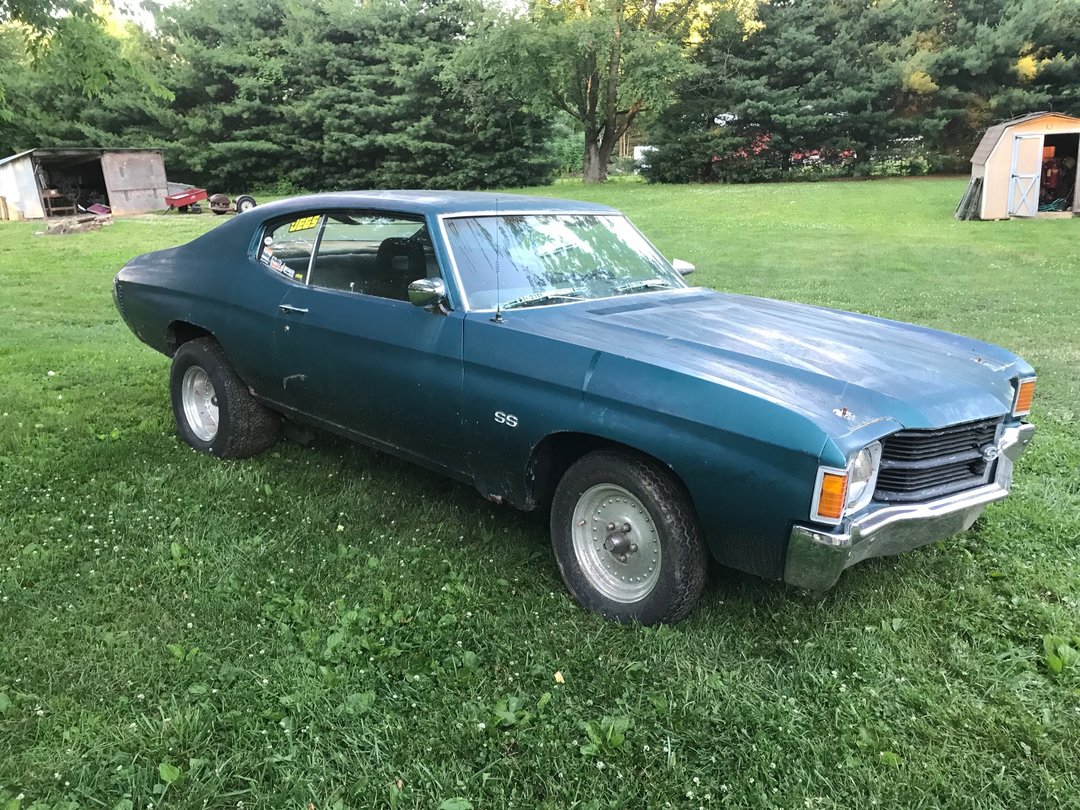 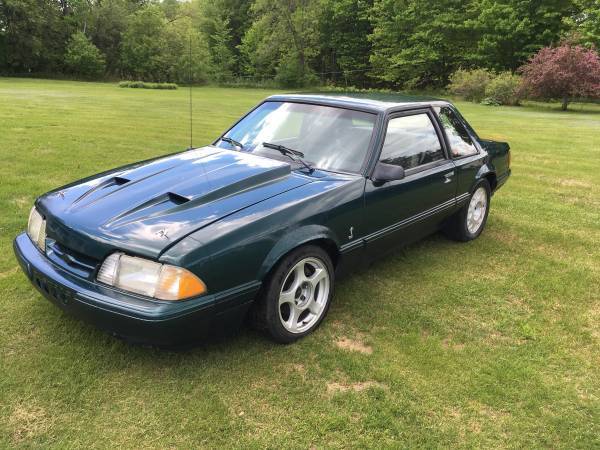 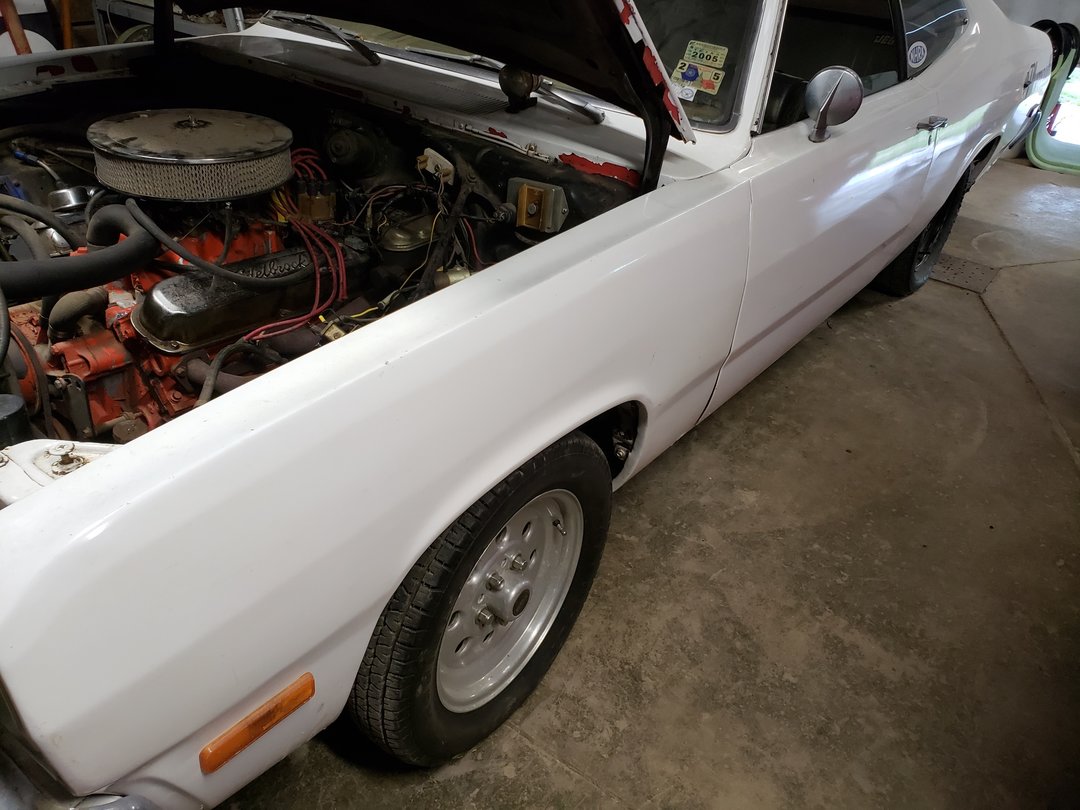 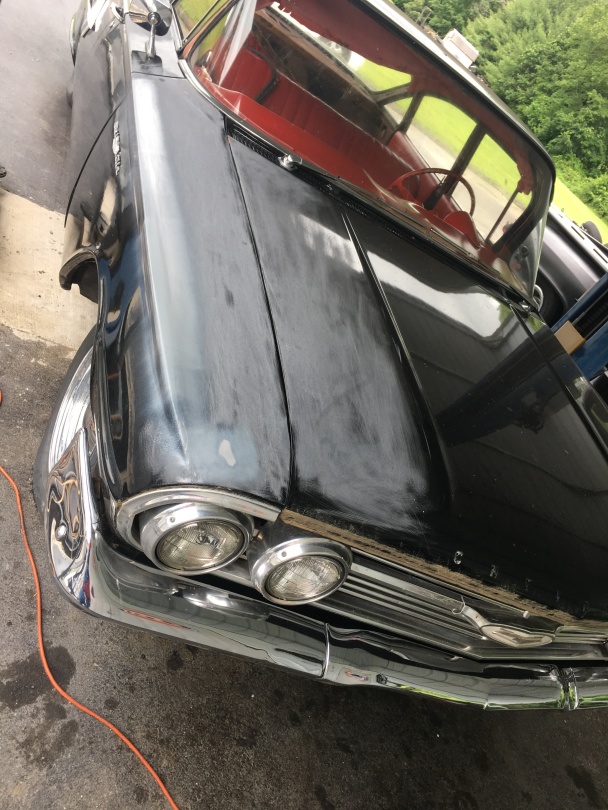 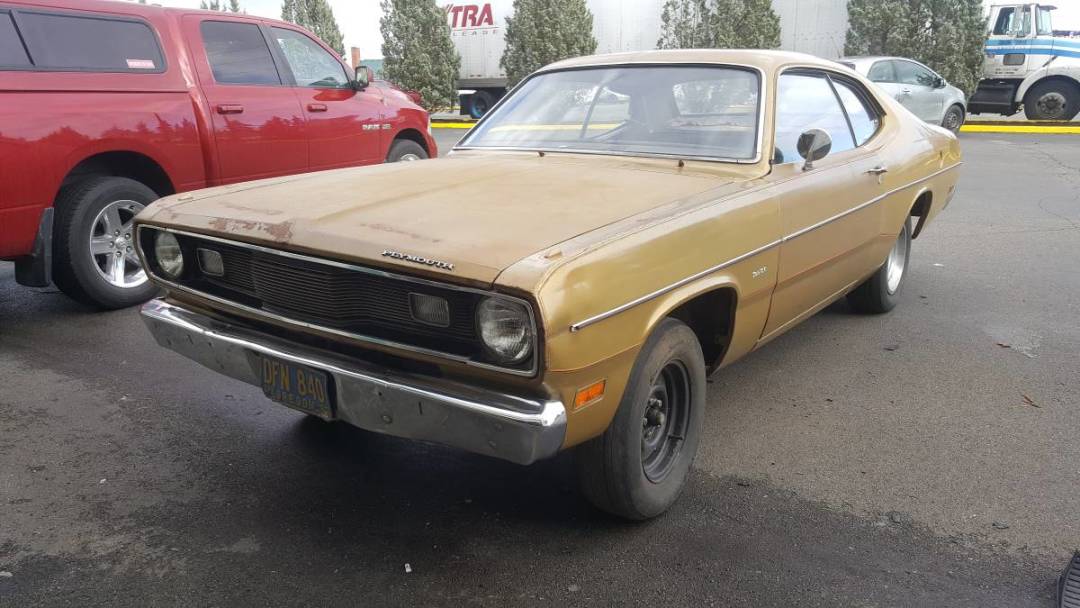 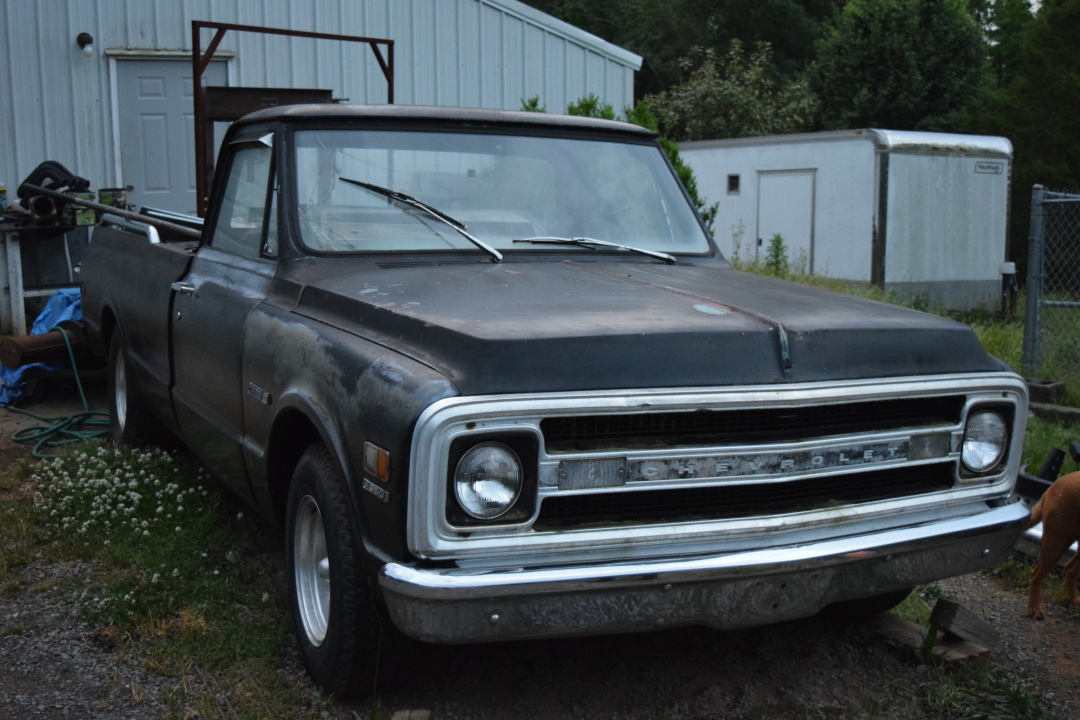 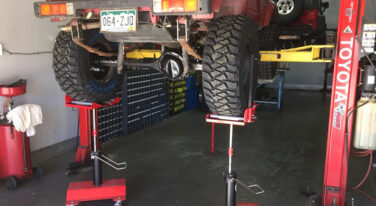 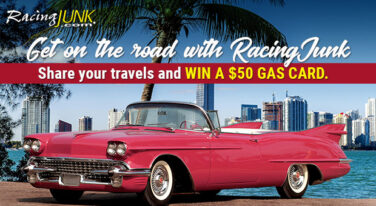 [Gallery] On the Road with RacingJunk 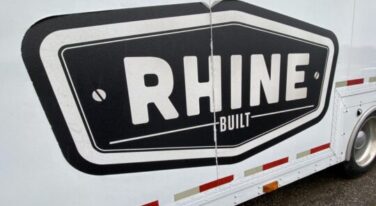 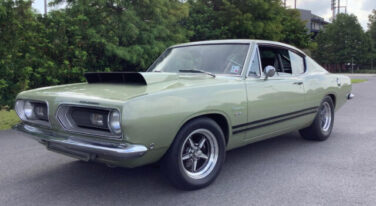 Car Features: Bryan Flach and his 1968 Plymouth Barracuda
Click Here to Begin Slideshow
As part of RacingJunk's celebration of the modern muscle car, we wanted to look at the restoration process for later model classics. One of the first manufacturers we thought of was Classic Industries, which has been a forerunner in providing parts for both the highly vaunted hot rods, as well as the later models that are now becoming popular once again for the everyday enthusiast. We spoke with Michael Glass, head of Marketing over at Classic Industries, about what makes a modern classic and how CI stays ahead of the curve. We also got some of their top picks for great modern muscle to restore on a budget.

RJ: Classic Industries is known for its forward thinking when it comes to developing product lines, moving beyond the traditional first generation classics before a lot of other manufacturers. It was one of the first companies to recognize a market need for parts for later model Novas, the Fox body Mustangs, the Gen III Camaros. To what can you attribute that?

CI: Classic Industries has a raised intuition and a sharp eye for new and developing markets. Since our merchandising and R&D teams are comprised of true hardcore automotive enthusiasts, it is an inherent advantage that we try to leverage as much as possible to help position Classic Industries in front of burgeoning trends, often before the movement reaches full momentum.

RJ: What are five modern classics/examples of modern muscle that you might consider outliers or hidden gems?

CI: Without more specific qualifiers such as end usage goals (hot rod, 100 point stock showroom restoration, price point, collectability, etc.) my answers will be broad. With that said, here are a few thoughts:

Price point bang for the buck:

• GM 3rd generation Camaros & Firebirds came out shortly after the oil crisis and as such do not boast the high horsepower numbers of the prior models from the late 60s and early 70s. What the 3rd gen cars did bring is vastly improved handling featuring an updated suspension package and chassis making them a lot of fun to drive. Many of these cars can be had at bargain prices and with substantial aftermarket support continuing to steadily grow, we expect to see these cars continue to climb in popularity.

• GM 4th generation Camaros & Firebirds take what I said above about the 3rd gen cars and turn it up to 11! The 4th gen Camaros & Firebirds came in with more power, a further improved handling package and a slippery fast restyled modern look. These cars came with different performance packages such as Chevy’s Z28, SS, and the Pontiac Firehawk, Trans Am and WS6 models, respectively. Starting in 1998 to the end in 2002 the 4th gen V8 cars came powered with the awesome LS1 motor - insert mic drop here. These cars can still be had at a considerable bargain with prices varying depending on factory options. Whether you’re into collecting, cruising, performance, autocross, track days, street/strip; whatever it is, it’s hard to beat a 4th gen Camaro or Firebird, especially when paired with the mighty LS1 under the hood. These cars are destined to be prized for decades to come.

• Buick Regal: Although the Grand National is no secret and in most cases commands a significant investment to acquire a decent example, the good news is that there are other Buick Regal models to choose from including V8 cars that can be had for a fraction of the entry fee to get into a Grand National. GM’s G body has proven popular among muscle car enthusiasts and the upward trend appears to be only gaining speed. These cars possess the qualities of muscle with added luxury, class and feature very nice lines that will easily endure the test of time.

• Ford Mustang ll: Okay, before you reach for the nearest heavy object to hurl at my face, please just hear me out. Love it or hate it, the Mustang ll happened much in some part as a response to the oil crisis in the 70s which crippled the performance of most of America’s production muscle cars – everyone suffered this fate. Higher ups at Ford also wanted to bring the Mustang back to its original pony car sized concept and move away from the Mustang grew into by 1973.

What the Mustang ll has going for it is this:

The Mustang ll has beautiful lines, just give it a chance and try to look at the car without prejudice. If you can take the car in for what it is, you too may behold the beauty and glory present in the Mustang ll.

Break the mold and show up to the show and/or track with the only one!

Classic Industries has the parts!


RJ:Can you talk about some of Classic Industries latest offerings? I know you recently expanded your Mustang offerings with the acquisition of California Mustangs.

CI: After acquiring California Mustang in the Spring of 2017, Classic Industries since that time has gone all in and fully integrated the Mustang product line by bringing the business in-house. We are a few days away from sending our first Classic Industries Mustang Catalog to the printer, which is a very exciting step for us further solidifying our commitment to better serve the Mustang enthusiast.

In addition to the Mustang product line Classic Industries is continually expanding our product lines and offerings in every market segment we serve, the most recent of those being Mopar, Tri-Five, and Late Model Camaro vehicles.

RJ: What are some of the most popular replacement/replica parts for a modern muscle car? Do these differ at all from the more traditional classics?

CI: Typically high-wear interior items such as carpet, upholstery, moldings, door panels, dash pads, and headliners to name a few. Typical replacement items for the exterior would include but are not limited to grills, emblems, trim, bumpers, light lenses, mirrors; pretty much anything that might be damaged in a fender-bender.

RJ: Do you see a difference in the types of customer needs based on the OEM manufacturer?

CI: Some years, makes and models have their specific strengths and weaknesses, but they all share the same basic wear areas and consumable items. Over time and usage wear occurs, and these wear items will at some point need service and/or replacement.

RJ: I give you $6000 to buy a performance project car on RacingJunk. What do you buy? (Or, what do you look for first?) I'm hoping this question can go to several people.

Michael F. Glass: This could change depending on the time of day but at this very moment, I’d look at buying these classic muscle cars on RacingJunk.com (listed in the order of my liking):

‘74 Plymouth Duster asking $5000
‘60 Chevrolet Bel Air asking $4200
‘71 Plymouth Duster asking $4200
‘72 Chevrolet C10 big block asking $3300
Back to Post
About Andreanna Ditton 190 Articles
Andreanna Ditton is the Content Manager for MotorHead Media and the Editor-in-Chief for RacingJunk.com/news. She's been working in the automotive publishing industry since 2007 focusing on racing and performance for motorcycles and cars.