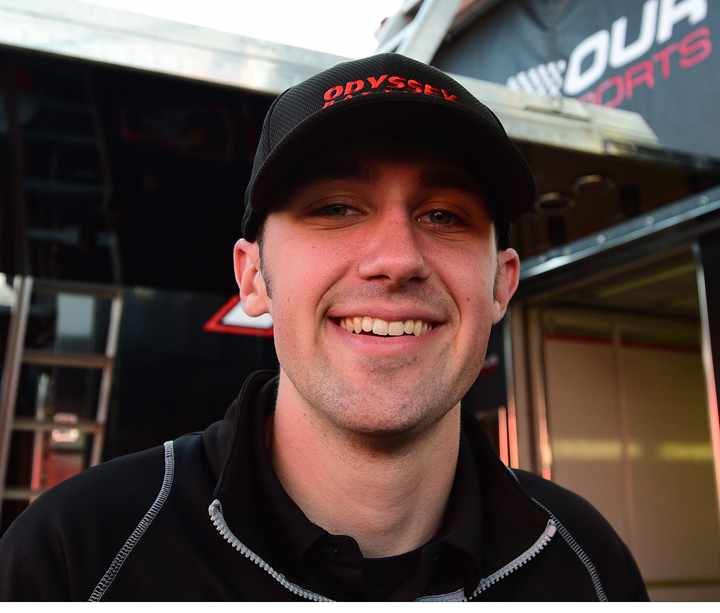 Austin Cindric was born into a racing family. His grandfather built engines, his father is the president of Penske Racing and his mother’s family once owned Mid-Ohio Sports Car Course.

Still, Cindric came through the ranks legitimately, has worked hard for all of his opportunities, both with Team Penske, where he is the reigning NASCAR Xfinity Series titleholder – quite possibly en route to a second consecutive championship – and outside the family’s purvey. Before joining Team Penske, Cindric did race with Lexus in IMSA’s WeatherTech SportsCar Championship when the manufacturer first entered the GTD ranks.

Now Austin Cindric has been tabbed to fill the big shoes of 2012 NASCAR Cup Series titleholder Brad Keselowski. He’ll take over the iconic No. 2 Mustang starting at Daytona next year and hand over the No. 21 Wood Brothers Racing Mustang he was initially to drive next year to Harrison Burton. This set of musical chairs leaves Matt DiBenedetto out in the cold – again.

Keselowski’s plans (most likely a driver/owner position) will be announced at a later date. He and Roger Penske did talk about ownership stakes, “But the way we’re structured at Penske Corp. and the subsidiaries that we have, it would work out and he understands that,” Roger Penske said. Team Penske did reveal the continuation of Discount Tire as a key sponsor with both the No. 2 Ford Mustang that Cindric will assume after the close of the 2021 season and for teammate Ryan Blaney’s No. 12 Mustang. The balance of Cindric’s partner lineup will be revealed at a later date.

“Austin is a champion and has proven his abilities both on and off the track,” noted Roger Penske. “The Cup Series is a big step for any rookie, but making this move now, in conjunction with the introduction of the new NextGen car, makes sense. He has gained valuable experience this year competing in a handful of races at the Cup level and he has shown that he belongs out there.”

Cindric’s 12 Xfinity Series victories – to date – and his assumption of 2021 points-leader status has shown the 22-year-old’s capabilities. He’s logged more wins, top 10s, stage wins and laps led than any of his competitors. In addition, Cindric has made six Cup Series starts in 2021, leading laps in three of those events. At the COTA and Road America road course contests, he’s qualified in the top five and led laps in each. He fleshes out an impressive Team Penske squad of Joey Logano and Blaney in the Cup Series.

“Throughout my NASCAR career, I’ve grown a lot as a driver and an individual,” Cindric said. “There are so many individuals within the walls of Team Penske that have elevated me to a level that matches this opportunity. The support towards my development from Roger, Team Penske and all of our partners has been the leading factor towards race wins and a championship,” he confirmed “It is a great honor and s great responsibility to continue that role. As 2022 gets closer, I am excited to embrace that. Until then, my focus remains on wining another Xfinity Series Championship.”