Drag racer Tonya Johnson’s road hasn’t been a smooth one, but that hasn’t stopped her from racing down it at full speed. These days she’s focused on Comp Class Bracket and Index racing with a sweet Foxbody Mustang from ’86, and her prowess on the track has won her the spot of Ms. September in the Car Chix Calendar.

With a passion for autos which began with a childhood collection of Hot Wheels, Johnson’s love for cars only grew with her very first car, a Mustang, a precursor to her current speed machine. However, shortly after getting the car – just after high school – she suffered a serious accident and was told she would likely never walk again. Unwilling to give up a future behind the wheel without a fight, Johnson spent an intensive year in physical, occupational and speech therapy. Her hard work paid off; she defied the odds to regain her lost mobility.

At the tail end of her recovery, Johnson met a fellow car enthusiast, Keith, who became her husband. The two attended car shows and meets together for 17 years until 2009, when Keith passed away after a harrowing 18-month battle with cancer. The loss was life-changing for Johnson, but she didn’t let it take away the love for cars she and her husband had shared. Instead, she grew even more determined to live her life to the fullest, for their sons and herself alike. This point marked the start of Johnson’s quest for her very own race car.

She found it in a 1986 Foxbody Mustang. Powered by a 427 small block Windsor, transferring power to the wheels through a powerglide and putting the power to the pavement through a Ford 9 inch, it was the perfect vessel for speeding down the strip. She races it for a cause at the Autos 4 Autism charity event, which provides funding for people with autism to reach their full potential in their professional and personal lives through the non-profit organization Visions of Hope. Johnson founded and implemented the event, has raised well over 50 thousand dollars so far and hopes to raise a lot more going forward.

Johnson’s drive and determination isn’t restricted to the world of autos. “It’s better to be hated for what you are, than to be loved for what you are not,” is her favorite quote, and it matches her unhesitating approach to life. She’s passionate about her family, friends and church, along with helping people recover from substance abuse; she’s also the vice president of Visions of Hope. Also working full time in marketing, HR and sales, all while raising her family, Johnson’s biggest challenge in racing is simply managing her time! Fortunately her hometown of Farmington, MO isn’t far from Bonne Terre Dragstrip, which makes her busy schedule slightly more reasonable. 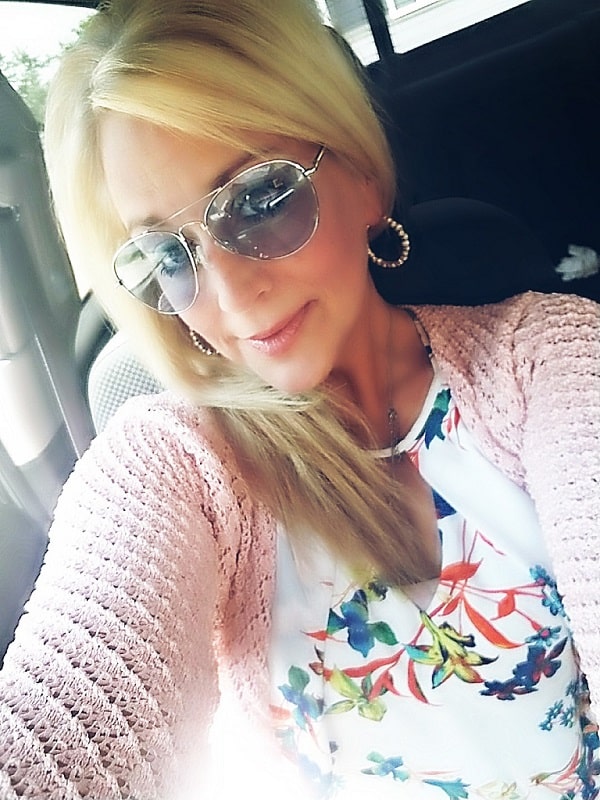 She loves the adrenaline rush of acceleration, rocketing from 0 to 100 mph in seconds with a pinpoint focus on nothing but the outcome of her run, but what Johnson likes best of all about the auto enthusiast world is the people. Car people, she says, are some of the most passionate people she’s ever met – an opinion only strengthened by her first year racing solo. Accordingly, she says that if she suddenly had an overabundance of money to spend however she chose, one of the first things she’d do would be construct her very own 1/8th mile track – while spending the rest of the capital on helping as many people as possible.

While the details are a secret, Johnson says she’s currently working on motor improvements for next season. She hopes to increase her reaction time and consistency to complement the mechanical upgrades. She likes fast, hard music while wrenching or racing, especially pieces by TOOL and Nine Inch Nails.

It’s clear that Johnson’s success in racing owes much to her unbeatable attitude, so what advice does she have to offer to other women in motorsports?

“You will never sense fulfillment in life unless you reach the goal of being yourself,” Johnson says. “Do not be in competition with others; just concentrate on fulfilling your potential! Allow yourself the grace to grow and evolve through your own personal journey. Don’t be afraid to ask for help! Don’t wait for everything to be perfect before you decide to enjoy your life. As I’ve grown as a racer, as a mom and more importantly as a person, my views on so many things have evolved as I’ve been faced with new challenges, new oppositions and new lessons. As long as we continue to learn we never stop becoming a better version of ourselves!”

We think that’s pretty good advice for anyone, on the track or anywhere else in life.