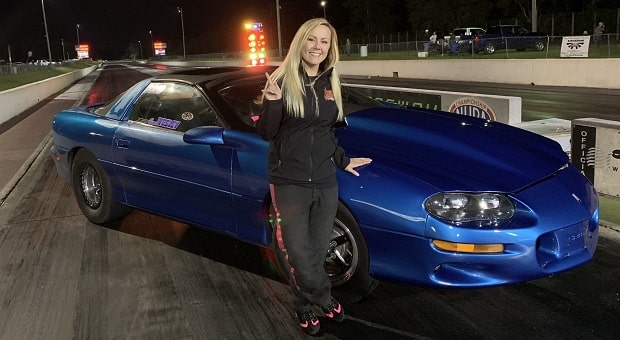 RacingJunk.com has partnered with Car Chix, the premier motorsports organization specifically for women, to cross-promote opportunities in the racing industry and support drivers, wrenchers and enthusiasts. Car Chix runs a yearly Women of Motorsports contest, selecting twelve women to appear in the Car Chix calendar and become official members of the organization. RacingJunk will be featuring some of these auto industry standouts as part of its commitment to celebrating the growing diversity of the sport and to recognize the contribution that women have made, and continue to make.

Capri Wesley has loved cars since she was 10 and built her first dedicated race car at 18. The star of January 2020 in the Car Chix calendar, she also has more than a few other impressive accomplishments under her belt: She’s won the Queen of Emerald Coast Dragway race, was the 6.50 series points leader for SouthCoast Heads Up Series 2019 and was runner up for the 5.70 Real Street Racing Association 2019.

Wesley’s dad and grandfather had both raced motocross before she was born, so her family had a definite connection to the racing world, but no one else in her family was seriously interested in cars. That didn’t stop Wesley from deciding she wanted a ’98 Z28 T-top red Camaro – and later, after The Fast and the Furious came out, a Honda Prelude. She got one when she was 16 and raced it (albeit slowly) on the strip. A year later she put a turbo on the car’s stock motor, sacrificing A/C and power steering for speed. For a teenager living in Florida with a 45-minute school commute, that’s some dedication!

At 18, she bought another car to serve as a daily driver and turned the Prelude into a racing-only ride, building the motor and working to improve her time until 2014, when she was finally able to try out a car made to race: a ’66 Chevy II. That prompted Wesley to acquire her own purpose-built speed machine. She ended up with a 1998 Z28 T-top Camaro, her 10-year-old self’s dream ride, which you can see in the photo above.

A resident of Gulf Breeze, Fla., Wesley doesn’t have too far to drive to get to her home track of Emerald Coast Dragway. She’s down there almost every weekend, working hard so she can achieve her current goal of winning a championship next season in one of the series in which she races. She’s made great friends through racing – many are like family – and spends time with them at the track as well. 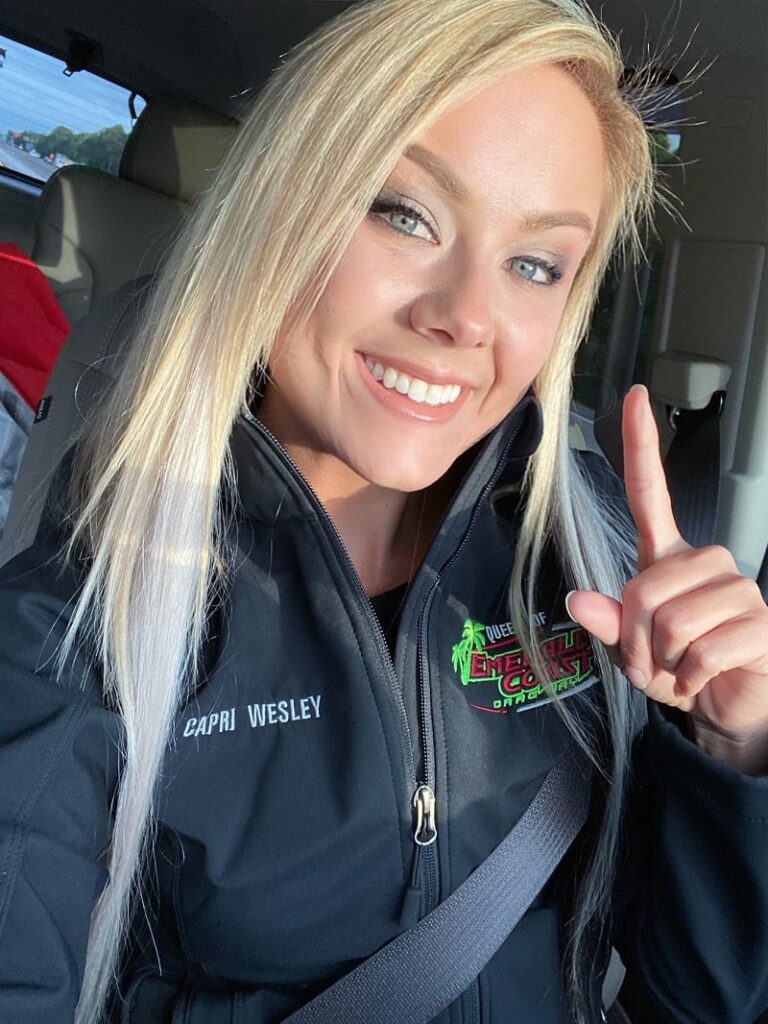 When she’s not blazing down the asphalt, Wesley works as a government account manager for Verizon, practices aerial fitness (including trapeze), listens to PJ North and works on her car. It’s currently running on a small block Chevy nitrous engine – 410 cubic inch, single stage Nitrous Outlet nitrous plate – but it wasn’t always so nicely kitted out. Wesley started out building it with a used motor. She and her friends struggled for a year trying to find out why the car wasn’t running right – it would pop, misfire and cut up – testing, rewiring, replacing fuel, ignition and everything else. It turned out the engine she’d bought suffered from a cracked block. She replaced the block, after which things went much more smoothly, and she’s happy with her setup – though if money weren’t an object, she says, she’d love to build herself a RVW car, a nitrous powered ’69 Camaro with Menscer Motorsports suspension and Mickey Thompson radials. As it is, she’s upgrading her current ride’s nitrous system with Nitrous Outlet products over the winter.

Wesley is confident in her abilities and her team, and doesn’t see much that can keep her from achieving her goals. Her attitude reflects one of her favorite sayings: “In the end, we only regret the chances we didn’t take,” and she advises other women interested in the motorsports world to take a similar view.

“Just start doing it,” she says. “No matter what car it is, no matter how much money, get involved. I started in a Honda racing a few import races and an every weekend test n tuner. Now I’m racing big races almost every weekend in my Camaro, traveling all across the southeast. Start slow if you have to but just do it. There are so many people that will be there to help you in the racing world. So many people want to see women succeed in a man’s world. We need to change that saying. We need it to be a racer’s world, man or woman. Find people to mentor you or guide you in the right direction. Us women have to help each other. I am always happy to be a friend, mentor or support system to another woman who wants to get involved or is involved in racing.”