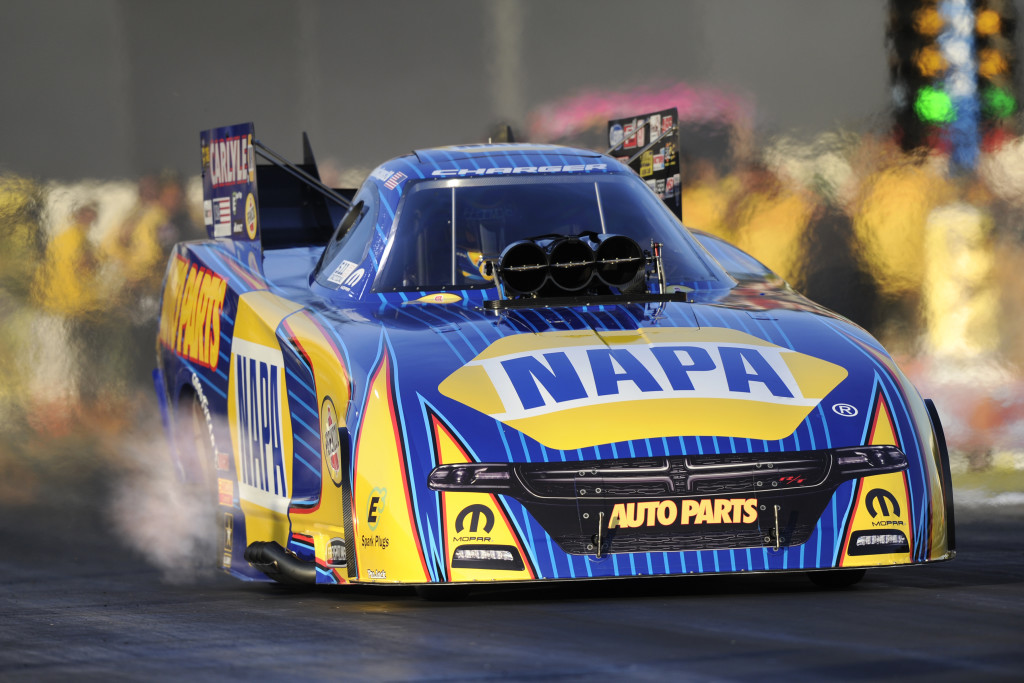 Ron Capps rolls into next week’s Amalie Oil Gatornationals at Auto-Plus Raceway in Gainesville, Florida with such voracity for winning this season that it’s no wonder why he’s already leading the NHRA Mello Yello Funny Car points standings.

The reason for Capps’ excitement and diligence is all due to the competition he faces every round as a knock down fight to finish and it’s only the third race.  With the rise of technology, catching up with more teams and those individuals exercising their knowledge are bringing the heat every round.  You can’t even depend on a good reaction time anymore, it’s that’s close. 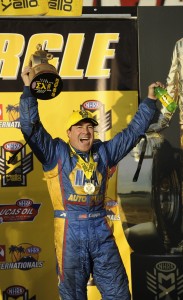 “It’s crazy,” said the 45-time Funny Car champion, Capps.  “Every year we discuss about how it gets tougher and tougher.  You almost think it’s not possible and then, well, obviously, you saw what happened last year with Jimmy Prock (crew chief for Jack Beckman) and with the swooped-back headers.  That took the performance of Funny Car instantly a tenth-of a second lower, which is something you don’t see in any kind of motorsports of a big jump like that, so that is huge.  That just kind of bunched everybody together.  Of course, I would say, it’s the toughest drag racing class out there, but I’m sure I would offend some of the sportsman and Pro Stock guys on how close that is.  As far as the Funny Car category and the history, it’s got to be the closest it’s ever been.”

Of course, Capps proved his mettle at Pomona, winning the season-opening Winternationals on a hole shot against last year’s Funny Car champion, Del Worsham.  That round win alone was worth the price of admission seeing these two Californians battle it out for the Wally.  With all the chatter after Phoenix surrounding Leah Pritchett and Brittany Force, it also pays to mention the latest Southern California rivalry of Worsham and Capps much like the cross town clashes of the 1980s and ’90s, mimicking that between Don ‘the Snake’ Prudhomme and Kenny Bernstein’s Bud King race cars. 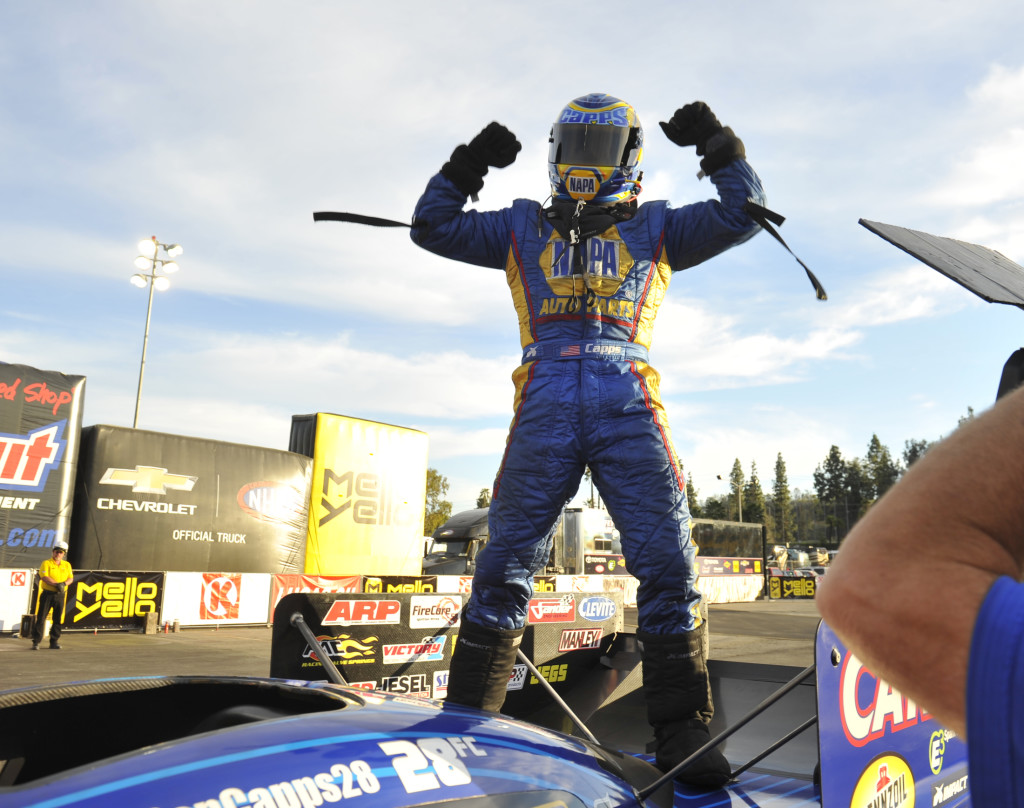 “Hey, if that’s something that’s going to start a rivalry, I love it,” beamed Capps.  “Those guys bring out the best in me, for sure, Del does.  He’s a throwback to the old days, in my eyes.  You don’t see many of them.  Tim Wilkerson, who won last week, is another one who can do it all.  Del can tune and drive reminding me of the Don Prudhommes and Don Garlits as the guys that would tie their firesuits around their waist, tune the car and then jump in and drive it.  That’s the way I grew up.  I don’t get to work on them any more so when I race Del, you’re racing a racer, it’s not just a driver.  I would love to race him all year long.”

Well, in the Funny Car finals at the Winternationals, Capps got that chance, he was feeling the pressure in front of both driver’s hometown crowd, and he was so devoted in keeping his focus strong.  It was the only way he knew how to beat Del in getting to the finish line first.  What resulted was one of the closest side-by-side races of all time with Capps squeezing out an incredible eight-ten thousandth (.0008) of a second win over the champ or about four inches.  It was only after the pass did he realize he had won, but had won it off the starting line, which was thrilling to Capps in beating his good friend and nemesis. 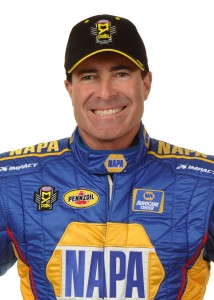 “You’re talking about last year’s World Champion that was unbelievable in the Countdown last year,” said Capps.  “What that team did was fun for the fans to watch, but brutal as a competitor.  We knew how good they were going to be in the finals at Pomona and I know how good Del is on the tree.  You put those deals together and I figured the way we had run all day that I knew Rahn (crew chief Tobler) would give me a good race car, but that was a reaction time that was mostly out of fear.  It was the fear of getting stepped on by a competitor and that’s the way you have to drive these things.  You hear about it from the (Sprint) Cup guys and the World of Outlaws guys and that is, you have to get on top of the wheel.  You hear that all the time.

“You have to drive it and if you’re the underdog like us at Pomona, that’s the only way I could have gone into the final round against Del.  I figured, ‘hey, this is do or die’, ‘I gotta be my best’.  And it was, ‘well, it was better.’  When you look at it, you have two cars going over 320 mph and the race decided by 4 inches and that’s just crazy.  It was the first race on FOX, first race of the season and it was so close.  It’s the 50th anniversary season of the Funny Car.  That was cool for me because, obviously, I’m a big fan of Funny Car, itself.  That was big being the first winner of the season.”

Not only was it enormous, but viewership of the NHRA has been announced this week as up by 15 per cent and now the NHRA is revealing the new www.nhraallaccess.com where devoted fans can watch qualifying and all the Sunday racing action via the Internet by subscription.  There’s a keener insight the FOX Network is bringing to their drag racing program and is dedicated to now following the sport so much closer with news bureaus in Brownsburg, Indiana and Glendora, California.

“Where we are right now is where we wished that our sport had been 20 years ago and even 10 years ago,” said Capps.  “So, it’s been a long time coming.  I’m just glad that Peter Clifford and all the guys in charge now saw fit to make our sport live to the world where everything is live.  It can’t be delayed on TV when you have Facebook, Twitter and instant results.

“They want to get the fans to know the drivers.  Years ago, Wally Parks said the stars are the cars and he’s right, they still are.  11,000 horsepower, fire breathing, 320 mph, nitro Funny Cars and Dragsters.  It’s nothing like it in the world.  But, by no means should the fans not know who is strapping behind the wheel in one of those things.  There are some good characters.  There’s people in the Funny Car and Dragster categories that I would like to get to know better that I compete against.  There are times they might do a special event at home or you see something written up and you learn something new about somebody.  Yeah, the cars are the stars, but I think FOX Sports 1 and FOX are going to do a good job of making the drivers as big as the race cars.”

It’s that long list of legendary drivers that have created the historic Amalie Oil Gatornationals and it doesn’t get any bigger for racers than the east coast debut of the NHRA tour at Auto-Plus Raceway in Gainesville, Florida.  It’s considered one of the majors of the year and record crowds will pack the place.  Last year Capps won the Gators for the third time beating John Hale and this year is heading to the Sunshine State as the points leader of the tough Funny Car division. 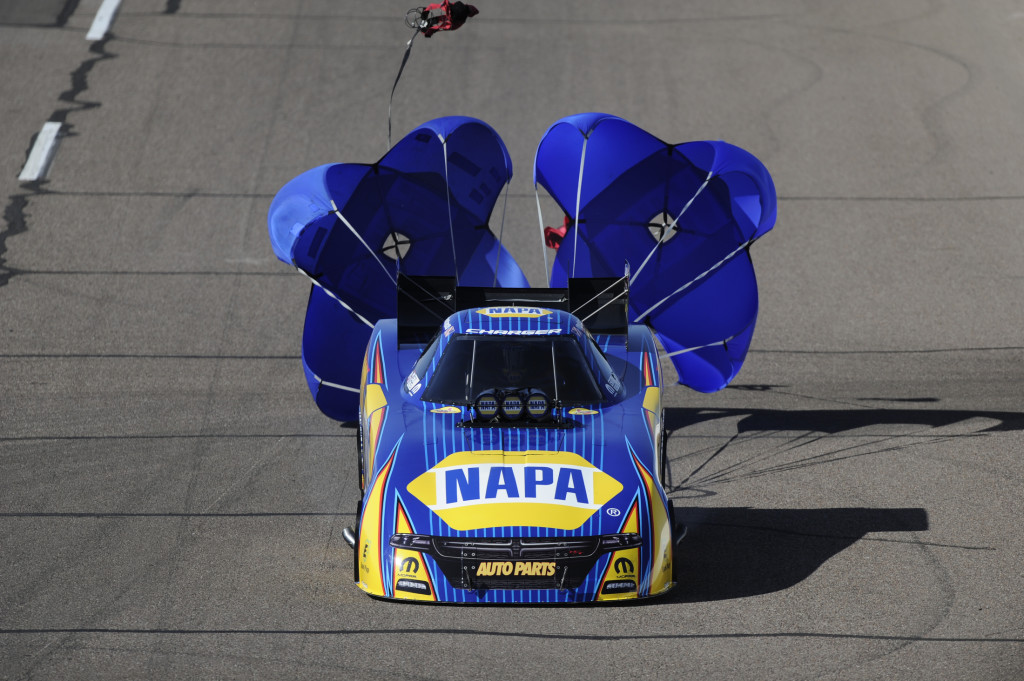 “It’s one of the big ones and years ago when National events were first starting to build up the reputation, they have,” said Capps, speaking of the 47th annual Gatornationals.  “It was one of the tops of the big four, and it still is.  It’s such a big race, so many fans show up and I can’t even believe I won it three times, that’s awesome.  The best thing is going in as the points leader, having NAPA getting the publicity of being the points leader and defending champion.

All the action of the Amalie Oil Gatornationals at the Auto-Plus Raceway starts on Friday March 18, with professional qualifying starting at 12:45 p.m. EDT.