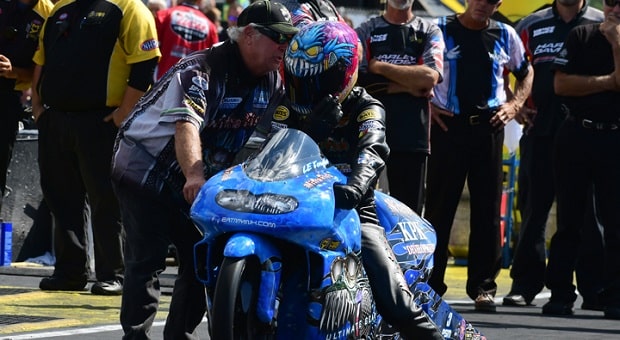 This year’s NHRA Countdown to the Championship bears little resemblance to LE Tonglet’s first season of Pro Stock Motorcycle competition. Tonglet, who won the PSM championship in his rookie season in 2010, raced that year with one Suzuki bike, engines from Vance & Hines, father Gary and brother GT Tonglet doing the wrenching out of their tiny trailer.

It was one of those magical years that was the culmination of a short lifetime’s work, and then-20-year-old Tonglet discovered a second title wouldn’t be quite as achievable as his first. Still, he won four races in his sophomore season, finished ninth in his third, After that came partial seasons of racing; even with support from Kenny Koretsky’s NitroFish apparel, there simply wasn’t enough to pursue a full, 16-race campaign.

Tonglet knew he needed to have a “fall-back” and became a firefighter in his hometown of Metairie, Louisiana. He returned to NHRA Pro Stock Motorcycle competition full-time – again as a family enterprise – in 2016 and joined WAR Racing for the 2017 campaign, partnering with reigning champion and fellow Louisianan Jerry Savoie. The pairing of one of the older riders in the class with one of the younger has proven to be a good pairing for both. 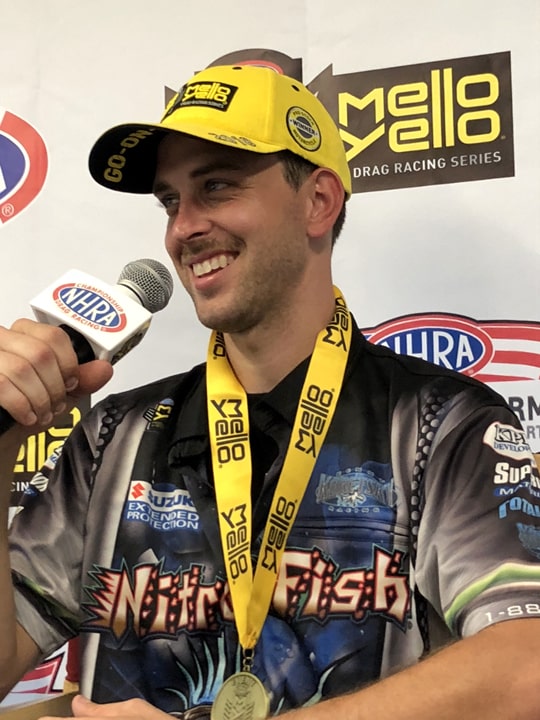 With crew chief Tim Kulungian manning the computer and the tight WAR team prepping his EFI-based Suzuki, Tonglet has taken hold of the PSM class after three of six Countdown to the Championship races. After winning the “regular season” closer at Lucas Oil Raceway outside Indianapolis, Tonglet has been in the hunt at Reading and Gateway; he earned his fourth win of the season in Dallas last weekend, tying reigning titleholder Eddie Krawiec as the season continues this weekend with the NHRA Carolina Nationals in Charlotte (weather permitting).

Now holding a 47-point edge over 4-time champ Krawiec and 48 over Matt Smith, a two-time titleholder, Tonglet and his WAR team are using momentum to their advantage. After all, it was team owner Savoie who LE beat at Dallas. LE Tonglet wasn’t even supposed to be riding a WAR Suzuki this year; he started the season with his family’s motorcycle as WAR went another route, thanks to a stalemate on Tonglet’s backing. Once he rejoined Savoie and Kulungian, things went right for all of them.

And things keep going right. LE Tonglet, now 28, has the opportunity to earn his 21st career Wally trophy at zMAX Dragway on Sunday afternoon and propel himself toward another championship. It’s only taken eight years… 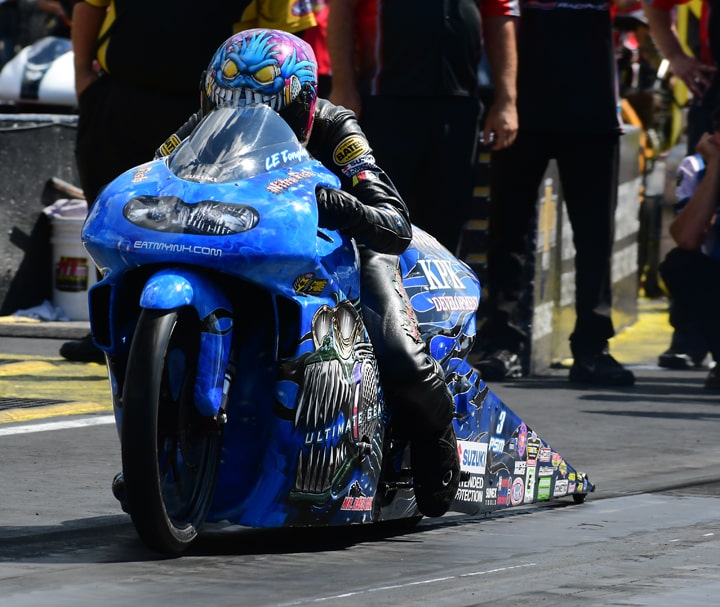