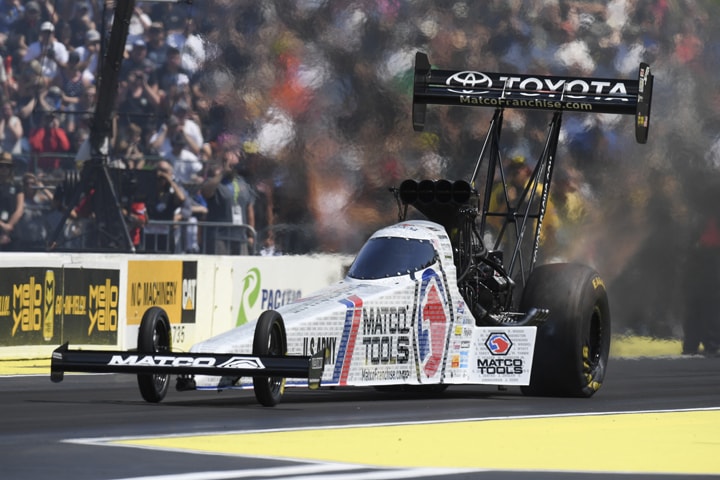 This victory marks Brown’s third consecutive win in Seattle, the final stop on NHRA’s grueling Western Swing, that travels from Denver to Sonoma to Seattle on consecutive weekends. It was an all-DSR final round for the dragsters, with teammate Leah Pritchett coming up short. Brown crossed the 1,000-foot finish line in 3.835 seconds (322.88mph) to Pritchett’s 3.849/320.13.

Brown, who was winless coming into this race said, “It’s no secret that we struggled at the beginning of the year.” With the loss of co-crew chief Brian Corradi to John Force Racing, there was bound to be a period of adjustment; it just lasted too long for a racer accustomed to victory. “We had a lot of our team moving around, so they’ve had to get in new spots and positions,” he explained. We also had other normal Top Fuel issues: clutch, engine combinations, etc.” 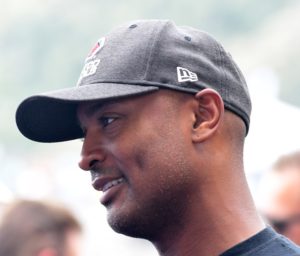 Brown, with co-crew chiefs Mark Oswald and Brad Mason, had extra help from Mike Green and the crew of Tony Schumacher’s U.S. Army team. “He came over to give us an extra set of eyes and that really, really helped our whole team start going. We’ve got everything in the groove and we’ve just been doing it one run at a time,” Brown said. “Our main focus has just been to get better every race and learn this new combination and how to make it work.”

A truly intense competitor, Brown hadn’t thought about the significance of reaching 50 Top Fuel wins. “People talked about it, but now after we got that win, it’s pretty incredible. It’s a true blessing. It feels to good to win with all these guys, who I’ve worked with pretty much throughout my whole Top Fuel career.”

Ron Capps’ milestone 60th pro victory came on the heels of his two prior final round appearances in the Western Swing. Coming into this event at Pacific Raceways, Capps had a single event win on his resume for 2018, again another anomaly, but his team has been dealing with new header rules and with a change from five-disc to six-disc clutch program.

Capps’ 117th final round found him, as the No. 2 points holder in NHRA’s regular season tally, racing No. 1 Courtney Force. It was Mopar Dodge power against Chevrolet, a classic match-up. Force ran out front until the 660-foot marker, when her engine became unsettled, allowing Capps to power past her and on to his second victory of the year, turning 4.033/314.90 to Force’s 4.115/255.63. 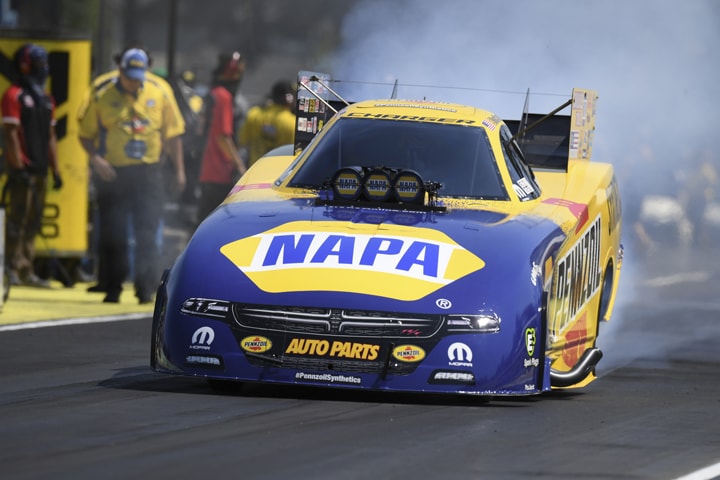 The driver’s memory was of his victory at Seattle in 1995, when he won on a Tuesday after rain delays. “I was in an unsponsored car; I borrowed money for a fire suit and Pennzoil was on my suit – my mom sewed it on. That was a big moment,” he said. “I’ve been here many times and have been able to win in Funny Car, but that was a fateful day. 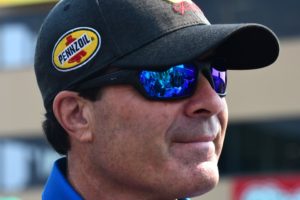 “That day was, what (former team owner) Don Prudhomme told me, that was the day he started watching me on the track, how I drove, the way I carried myself. That day probably propelled me to the next step of getting a phone call from ‘The Snake’ and, from there led me to be able to drive for Don Schumacher. I’ve driven for two of the biggest names in the sport, represented three Fortune 500 companies in my 20+-year career. I love racing cars; I live for it, so it’s neat to come full circle and stage the car in that same lane where I won on that Tuesday.” This was Capps’ fourth victory at Pacific Raceways.

With his victory Capps was able to prevent Force from widening her points lead as the regular season draws to a close. Only two more contests are scheduled before NHRA’s Countdown to the Championship six-race playoffs begin after the Chevrolet Performance U.S. Nationals at Indianapolis on Labor Day weekend.

“They’ve got a target on their back,” said Capps of Force and her team. “They are the points leaders, obviously. We’re trying to make ground up on them and you can’t do that when she’s next to me in the final round – you just get 20 points. But it’s going to be fun. We’re just shooting to be as high as we can in points during the regular season and they’re going to be tough.”

With his win at Seattle, Capps stopped John Force Racing from sweeping the Western Swing, after John Force won at Denver and Robert Hight took the Wally trophy in Sonoma. “That was in my head [in the waterbox]: ‘don’t let John Force sweep the swing in Funny car,’ so I’m glad we could put a stop to that.”

About Anne Proffit 554 Articles
Anne Proffit traces her love of racing - in particular drag racing - to her childhood days in Philadelphia, where Atco Dragway, Englishtown and Maple Grove Raceway were destinations just made for her. As a diversion, she was the first editor of IMSA’s Arrow newsletter, and now writes about and photographs sports cars, Indy cars, Formula 1, MotoGP, NASCAR, Formula Drift, Red Bull Global Rallycross - in addition to her first love of NHRA drag racing. A specialty is a particular admiration for the people that build and tune drag racing engines.