It is predicted that Stewart-Haas Racing will announce in a press conference at Daytona International Speedway on Friday, the naming of Brian Vickers as the replacement driver of the Mobil1 Chevrolet substituting for Tony Stewart only for the Daytona 500. Stewart, as it is well known, suffered a ruptured his L-1 vertebra from an accident over the weekend in the Southern California desert east of San Diego leaving the three-time Spring Cup champion resting in a hospital bed. 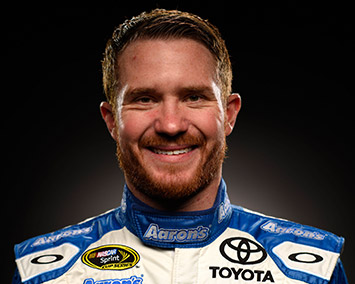 Vickers, a three-time Sprint Cup winner and former NASCAR Xfinity champion, has had health problems with life-changing blot clots that were discovered in 2010 causing him to miss 25 races. He ran a full season in 2011 and in 2012 joined Michael Waltrip Racing for eight races. He ran 17 races in 2013 winning in July at Loudon before being sidelined with health problems again. In December of 2014, he underwent heart surgery and ran only two races in the 2015 season before his problem arose again early last year at Fontana ending his season.

His doctors and NASCAR have cleared Vickers to participate in the Daytona 500. He won the Talladega 500 in 2006 proving he knows how win in a restrictor-plate racing. Now for the 75-lapSprint Unlimited this Saturday, Ricky Stenhouse will sub for Stewart and Casey Mears will take over the No. 24 Chevrolet formerly driven by Jeff Gordon.  The Sprint Unlimited runs this Saturday night at 8 p.m.at the Daytona International Speedway as part to the famed Daytona 500.