Brad Keselowski started dead last of 17 cars yesterday in the 2018 Clash at Daytona. The race featured a new aero package that has the rear end of the cars lower than ever before. As Keselowski was crossing the finish line “they were wreckin’ behind him.”

Kes was interviewed before the race and asked what he thought his chances were coming from behind with such a small field. “I’m gonna win. I’m coming from dead last to win,” he said, and he did. Kes led a great finish for Penske Racing with a 1-2-4 finish. Chevy and Toyota appeared dominant in the first half of the race, but faded as Keselowski took the lead around Lap 43. Joey Logano finished second and Kurt Busch took advantage of the push from Larson to take third. Ryan Blaney finished fourth.

After the race, Brad said, “I was worried about the run, but the car was way overheating there at the end, and I was more worried about it blowing up than anything else. Doug Yates (who builds engines for Penske) and his guys did a good job giving me something real durable to take all that and keep digging. I’m really proud of the whole effort here. What a way to start Speedweeks, putting the Miller Lite Ford in Victory Lane. I’m really proud of my team…I felt like we were due today.” 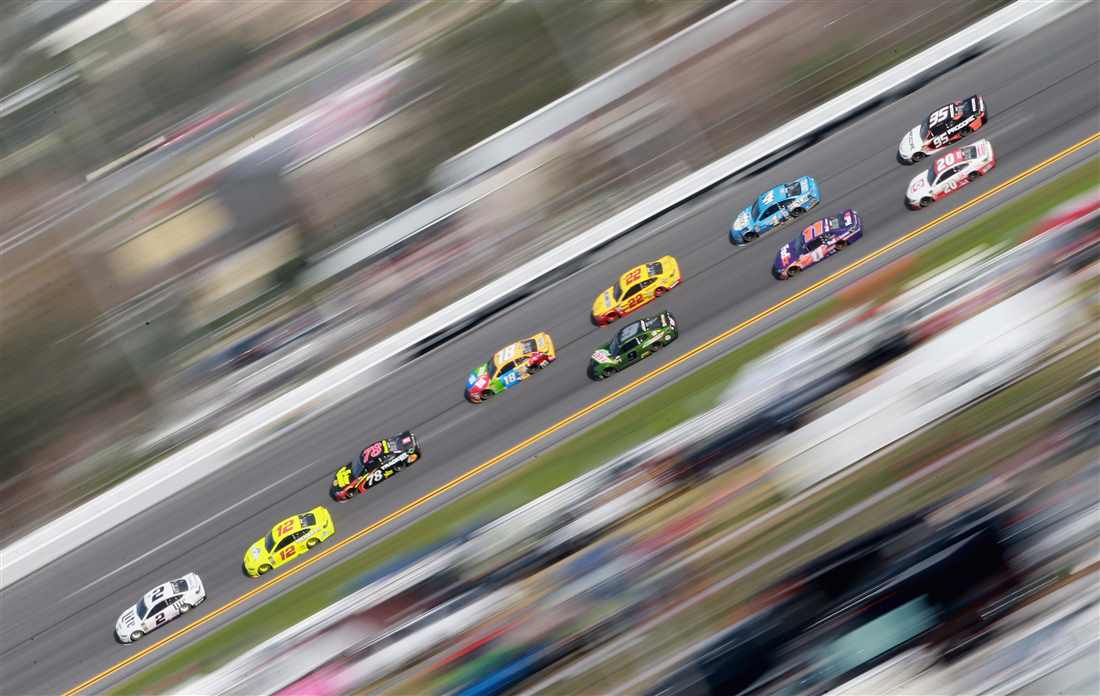 Daytona and Talladega are known for large wrecks near the end of the race as everyone jockeys for position to make that last lap pass. Aero changes, a tiny slip, whatever, and “Oh no! There’s the Big One!”

On Sunday night, possibly because there were only 17 cars on track, there was no “The Big One.” There was, however, have a wreck. For the seventh season in a row, Seven Time, Mr. Jimmie Johnson wrecked out of The Clash. On the final lap, Kyle Busch got into the rear of Kyle Larson who got into the rear of Jimmie Johnson and Jimmie went around. And around. And Around. The wreck took basically the whole back of the pack out.

Earlier in the day, Alex Bowman put his Number 88 Nationwide Chevy Camaro on the Pole for the 500 next Sunday.