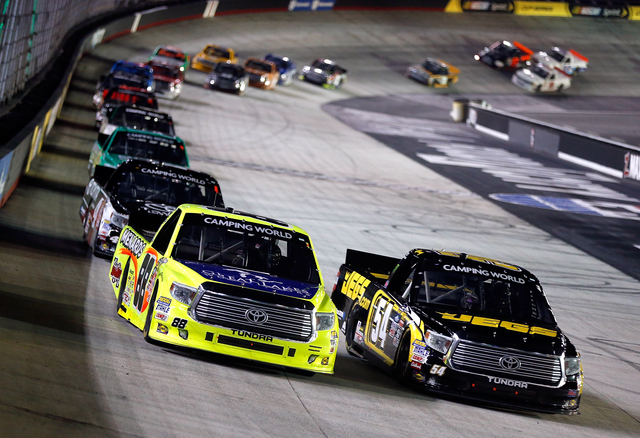 The UNOH 200 NASCAR Camping World Truck Series race at Bristol Motor Speedway had a little bit of everything when Ryan Blaney saw his chances almost go away before a late race caution flag brought him back to winning Wednesday night.

The race played out as Ryan Blaney passed pole winner Kyle Busch on the opening lap, blazing a fast pace until after a caution period on a later restart when NASCAR said Blaney had jumped too quick and was given a drive-thru penalty.

Now a lap down, Blaney stayed in contention, following new leader Cole Custer.  He ruled the 200-lap event, leading 111 trips around the half-mile oval until, with 41 laps to go, he was caught up with a spinning Spencer Gallagher in turn four, colliding his right front and ending his day.  By this point, Blaney had gotten back on the lead lap.

After that, Truck champion Matt Crafton took command, appearing to have a firm grip until rain forced officials to red flag the race for 45 minutes.  After track drying, Crafton again took control and sped away, now with Blaney in hot pursuit.

With only four laps to go, Austin Dillon spun coming off turn two, slowing the pace with his yellow flag and sending the race into overtime for a Green-White-Checkered finish. 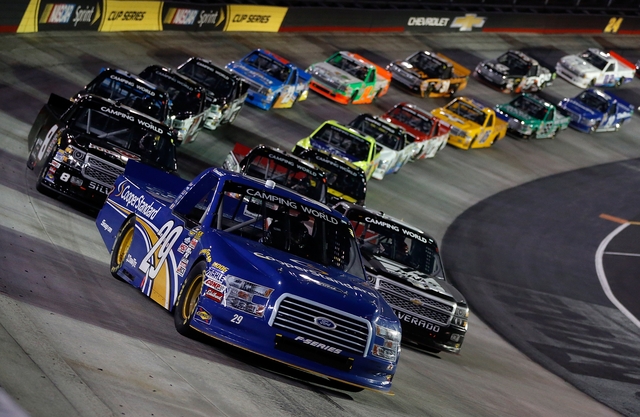 Crafton picked the outside lane on the final restart with Blaney on the inside row.  When the green flag waved, Blaney roared away for the final two circuits, ducking low.  Crafton’s truck sputtered, sending Kyle Busch and John H. Nemechek past him into second and third.  By that time, Blaney had motored away to his fourth victory of his career and first this season.

“It feels really good,” Blaney said.  “I’m proud of everyone on this No. 29 team.  I’ve had a chance to drive this truck four times this year and we’ve come really, really close every single time and to finally get it to Victory Lane, my last start of the year for this truck, it really means a lot to get Chad (Kendrick, crew chief) and Brad (Keselowski, team owner) back to Victory Lane.

“To do that in that fashion coming from a lap down and being able to drive through the field like that says a lot about our race team and a lot about what as an organization we can do.”

Tyler Reddick still maintains his points lead now by six over Crafton and seven over Eric Jones in third.

The top five was Blaney, Busch, Nemechek, Daniel Hemric and Brandon Jones.  The average speed was 80.481 mph slowed by five cautions for 41 laps.  The race had nine lead changes among six drivers.

Next up for the NASCAR Camping World Truck Series is the Aug. 30 race at Canadian Tire Motorsport Park for the Chevrolet Silverado 250.  Blaney is the defending champion. 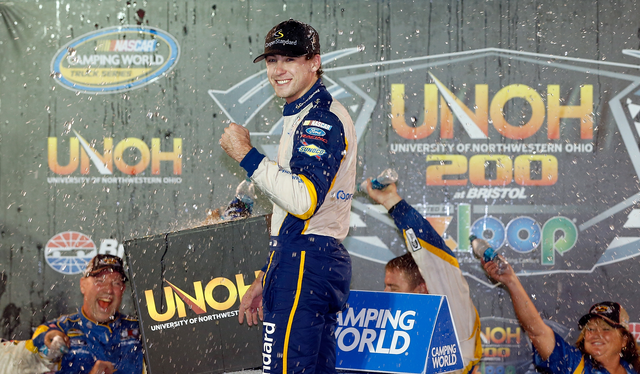