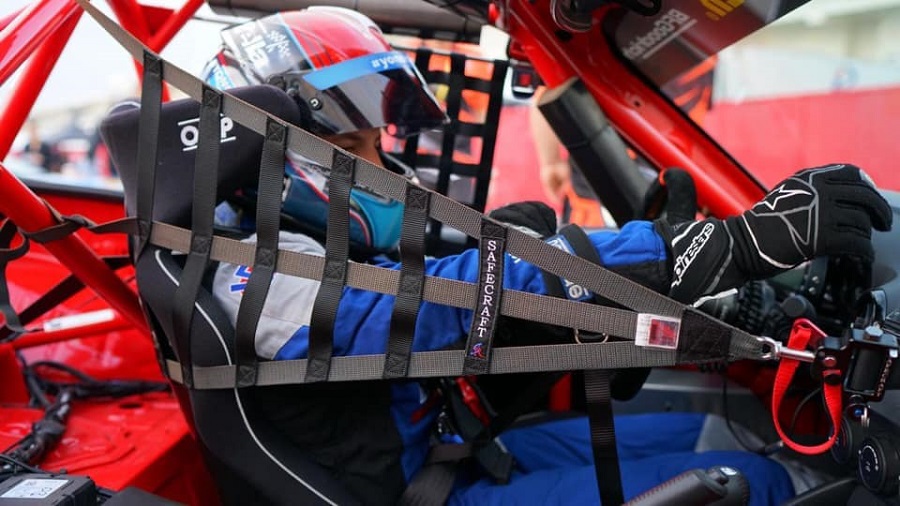 As a motorsports writer, I have met many drivers in my day and each one has inspired me in his or her own way, but few have reminded me that a dream is always possible the way that my old friend and current Behind The Wheel featured driver has.

I had the honor of meeting the current Mazda MX-5 Cup Champion Bryan Ortiz in 2012 and since then have seen this talented driver go through lots of ups and downs before driving to his first championship. So, where did this all begin?

“I was 11-years-old when I fell in love with racing,” said Ortiz. “I was a kid growing up in Puerto Rico where this sport really wasn’t as well known as it is in the U.S., but I was lucky enough to have a friend that was into kart racing and he helped me get started.”

Once he began to feed this dream it wouldn’t be long before kart racing turned into this young driver’s first competition in a national touring series.

“When I first started in karts, I knew that racing was something that I wanted to continue to do as a hobby, but I never really thought that I would compete professionally that is until the KONI Sports Car Challenge (now called the Michelin Pilot Challenge),” said Ortiz. 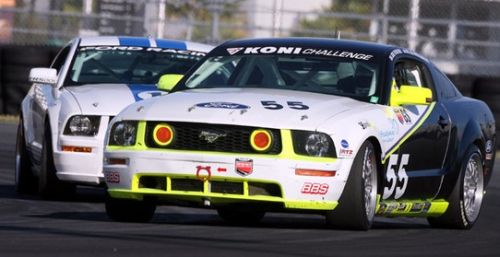 During his time competing in this series Ortiz began to turn a few of the right heads, which eventually led to sponsors and even a chance to mentor other young up and coming drivers. Ortiz also caught the attention of officials in another well-known national series right here in the United States. After running one race in the NASCAR Rolex Grand-AM Sports Car Series, Ortiz was offered the opportunity of a lifetime – competing with the NASCAR Diversity Program.

As a direct witness of his performance in the NASCAR K&N Pro Series East, Ortiz put up one hell of a fight against some of NASCAR’s best rising stars including current NASCAR Cup Series stars like Chase Elliott, Bubba Wallace and even his own K&N Pro Series East teammate and current Chip Ganassi Racing Cup Series driver Kyle Larson.

Although Ortiz wouldn’t win any races during the just over two years competing in this series, he would drive his way to several podium finishes, even with some of the least performing cars in the Rev Racing fleet. In fact, I can remember Ortiz coming back from a couple of pretty frightening crashes to come back and obtain some pretty impressive top-10 finishes. In fact, his time racing for the Rev Racing diversity program even led to what Ortiz calls one of his favorite memories. 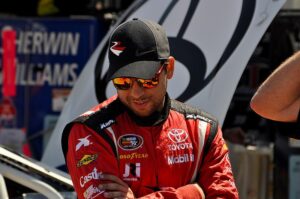 “Racing in Daytona was definitely something that I will never forget,” said Ortiz. “Despite being one lap down at New Smyrna Speedway I was able to come back and finish on the podium in front of all of the major NASCAR teams.”

While Ortiz was hoping that performances like this would eventually lead to a career in the NASCAR Cup Series, a different plan would soon emerge.

After moving back to Puerto Rico, Ortiz would complete his master’s degree in Healthcare Management, which would lead to his assisting his family in the management of a successful dermatology company. Ortiz would also be given a chance to get back behind the wheel of a fast-moving race machine in a whole new way.

“Shortly after I returned to Puerto Rico, I was given the opportunity to compete in the Battery Tender® Global Mazda MX-5 Cup Sports Car Series with my new sponsor the Bella Group,” said Ortiz. 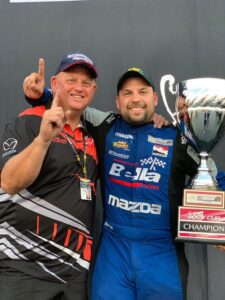 Moving into the sports car racing realm seemed to be just what Ortiz needed to return to his winning ways. In fact, in his first-year racing in the sports car counterpart to the Mazda Road to Indy Ortiz earned three victories and eight podium finishes and today Ortiz is now the newest Mazda MX-5 Cup Champion.

Although the newest series champion only won two races this season, it was his consistency and perseverance that earned the highest of highs that any driver could ever ask for.

“This was definitely one of the most intense racing seasons of my career and something that I have been working for quite some time,” said Ortiz. “This is my first pro championship and I am so excited to have gotten to this point.”

Now that he has a championship under his belt what is next for Mazda’s newest winning driver? Stay tuned to RacingJunk and Facebook.com/BryanOrtizRacing for news on next moves for the latest Behind The Wheel star early next week.