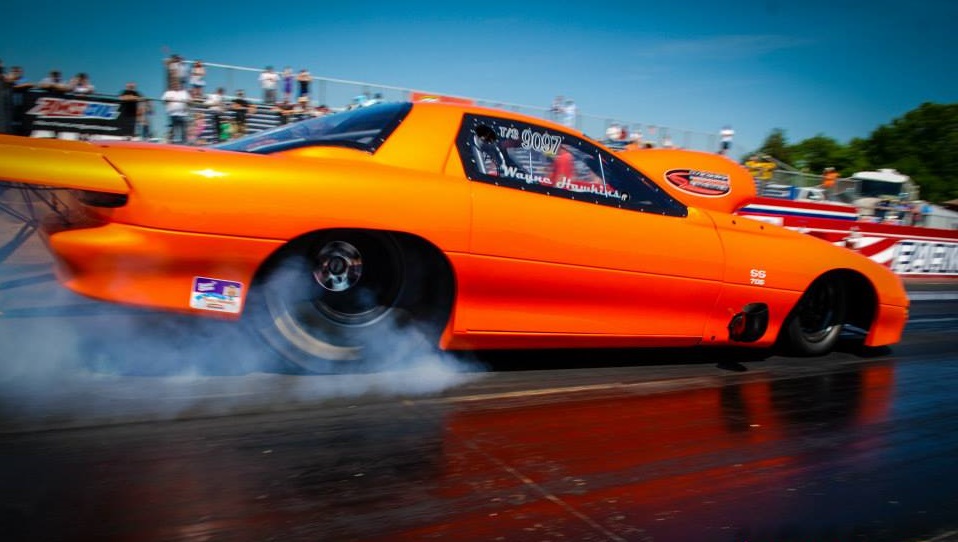 With the recent death of IndyCar star Justin Wilson, many fans are continuing to recognize the dangers of motorsports.  While many of us love the sport of drag racing for the powerful take offs and the rush of competition, are we also realizing just how dangerous all this excitement can be?  RacingJunk.com‘s featured Behind The Wheel driver Wayne Hawkins certainly does.

Racing on the weekend warrior circuit for more than 20 years, Hawkins recently discovered that this passion can also lead to pain after his newly painted, hand built pro modified was left engulfed in flames following head to head competition at Farmington Dragway on Memorial Day Weekend.  This powerful explosion, which had fans gasping and wondering if this drag racing veteran would even survive, led to third-degree burns over 30 perfect of Hawkins’ body and left this driver fighting for his life.

“I was racing for so many years and I never thought that this would happen to me,” said Hawkins.  “The ironic part was I had just purchased a brand new fire suit and gloves only a couple weeks before all this happened.” 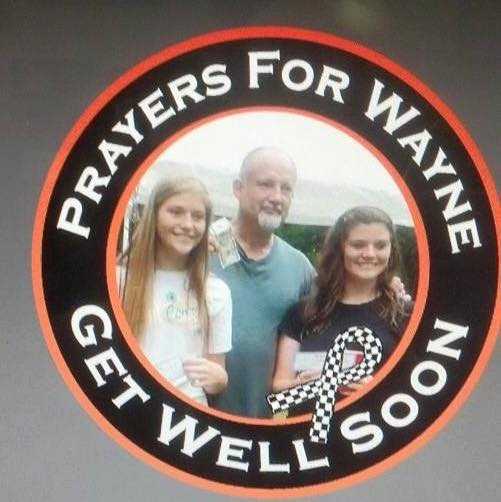 After spending more than seven weeks in the hospital, this drag racing warrior has returned home and is ready to not only tell his racing story, but is hoping that what he has learned will improve the overall safety of drag racing.

This weekend warrior veteran began his racing career a little later than most, but that didn’t stop him from pursuing what he says was and still is a passion.

“Although I moved up to much more powerful machines, my first pass was made in a long bed street truck, when I was in my early 30’s, at Little Darlington Dragway,” said Hawkins.  “Although it didn’t look fast, I was still able to run in the mid 7.20’s, which was pretty fast in those days, especially with a vehicle that weighed more than 3500 pounds.”

After the speed bug bit him, Hawkins began searching for the perfect bracket race vehicle.  “I was lucky enough to find a 1969 Chevy Nova, which, after a lot of hard work, I had running just over 6 seconds on a normal pass,” said Hawkins.

Similar to others in the sport of drag racing, Hawkins craved even more power and speed and was soon competing at tracks throughout the Southeast in a 1967 Camaro.

“This was my first tube chassis car, which I ran for many years and picked up several wins running times around 5.50,” said Hawkins.

Although making a real name of himself, Hawkins couldn’t help but want more.  “After parking the Camaro I started working on something that continued to be a dream of mine, building my own pro modified car,” said Hawkins.

Although it took this passionate driver over a year to build his dream car, it didn’t take long before this dream ride came to a very abrupt end. 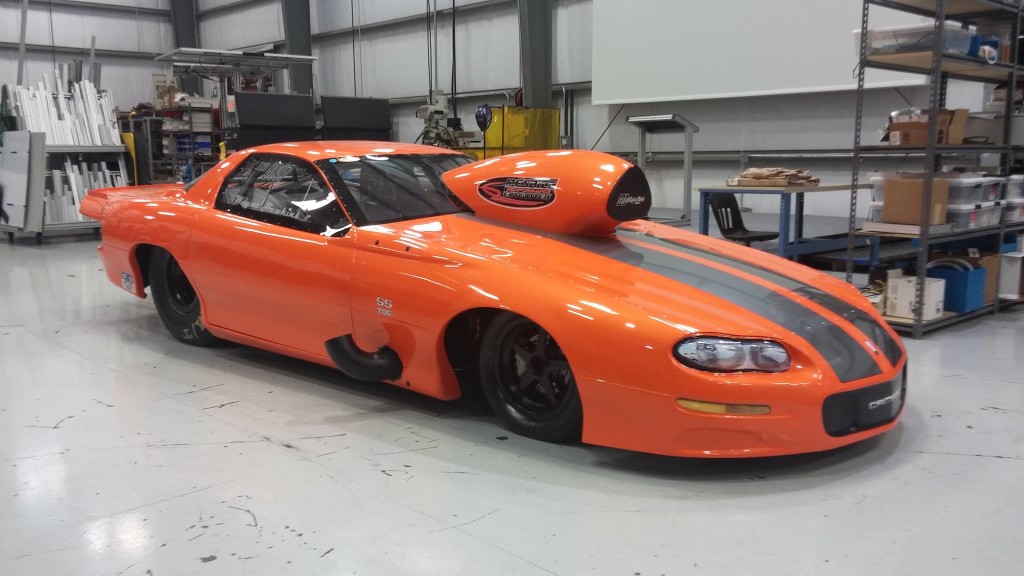 On Saturday, May 23, 2015, Hawkins pulled up to the tree at Farmington Dragway fully expecting to blow away his competition, that is until what he feels may have been a faulty or broken crankshaft led to the demise of his newly built pro mod.

“It was amazing to run this car and even more amazing to know how quickly it could be destroyed,” said Hawkins.  “I just thank God that there were guardian angels there to save me on that fateful day.”

Hawkins is referring to two fellow drag racing heroes, who risked their own lives to save his.  “I was told the driver’s side door of my car was gone,” said Wayne.  “Fortunately, Teddy Houser and his son Zach had just made a run and were able to pull me out before the worst could have happened.  It was a close call!”

While these two angels were saving Hawkins, they were also injured themselves.  In fact, Teddy had second-degree burns on both hands and was told two of those were possibly third-degree burns.

“Although I am more than grateful that Teddy and his son Zach saved my life, it is the fact that they even had to risk their own lives that bothers me the most,” said Hawkins.  “There were no paramedics and we didn’t even have an emergency vehicle there ready to both put out the flames and deliver me to safety.”

Following his accident, Hawkins isn’t sure that he will ever return to driving.  “Although I will be supporting my daughters Camryn and Hailey, who are running junior dragsters, as well as playing crew chief for another talented weekend warrior Tim Siler, I don’t know that I will ever feel comfortable driving again,” said Hawkins.  “Some tracks are not adequately equipped with proper safety equipment.  This should be of concern to all racing participants.  I’m proof that it can happen to anyone.  I hope to be able to bring focus to the safety aspect of the sport so that others can hopefully avoid enduring what has happened to me.”

Part of Hawkins assistance with both his daughters racing careers, as well as competitors in all sportsman racing classes, will focus on the development of further safety initiatives.  “We as drivers should always do our part to assure that we have all the equipment that we need to stay safe (i.e. fire suits, gloves, helmets, etc.), but there is still a lack of safety crews and personnel at most tracks that I have competed at,” said Hawkins.  “This is, of course, due to lack of funding, but my goal is to bring some attention to the issue in hopes of changing things.”

We at RacingJunk.com continue to send our well wishes for a full recovery to this brave driver and hope that all his future endeavors lead to the increased safety of all those drag racing warriors out there.  If you would like to see your favorite driving hero featured Behind The Wheel, comment below and tell us their story.

About Ellen Richardson 421 Articles
Ellen Richardson is the author of Behind The Wheel for RacingJunk.com. This automotive sports junkie has a passion for telling an athlete's story while also covering various racing activities. Find out more about her at ellennrichardson.wordpress.com or follow Ellen on Twitter at @ellennrich or Instagram at elnrich33.

5 Comments on Behind the Wheel – Wayne Hawkins