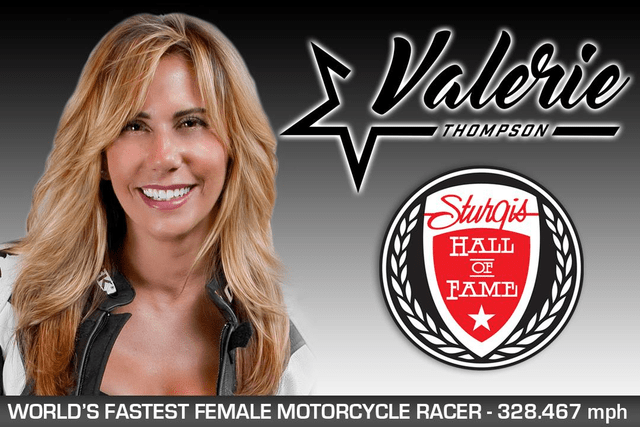 Welcome back to Behind the Wheel. Those who are enjoying our stories with speed demons on two wheels will want to tune in to our latest episode. If you have been following this column for the last few years, you will probably be familiar with the name Valerie Thompson.

Known as America’s Queen of Speed, this eight-time land speed record holder found her love for two-wheeled drag racing when she was in her mid-30’s. Since this time Thompson has been a success in both land speed racing and even on a Pro-Stock bike in the NHRA. One of the world’s fastest female motorcycle racers, she has even tried her hand at acting after being featured in a past Super Bowl commercial, Discovery Channel’s documentary Mega Speed, and was featured in Delores Seright’s book, Amazing Women: Shattering Barriers.

This year, Thompson was also inducted into the Sturgis Motorcycle Museum and Hall of Fame. Click the Soundcloud link below to learn more about this inspirational racer and how she will continue to break records all over the world!