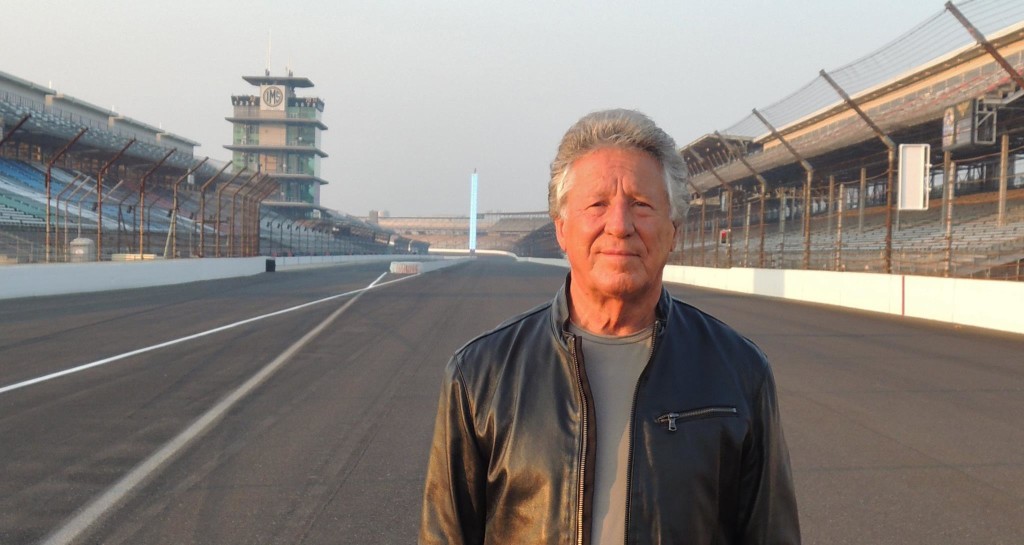 I will be the first to admit that when I decided to develop this Behind The Wheel series the intention was to tell the stories of those who are trying to compete their way to the top of this sport. As this feature story series takes a new turn, my dream became to tell the story of those legends who inspire these drivers. Whose story could be more inspiring than one of the biggest champions in motorsports – Mario Andretti?

I was very honored to speak to a man recently who has not only been a hero in my eyes since I was very young, but was the reason that this dream became a reality. So, where did all of this legend’s racing talent come from? 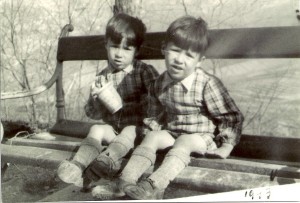 “My twin brother Aldo and I became enamored with the sport just watching newsreels about it when we were young children living in Italy,” said Andretti.

At the age of 14-years-old, the twins even had an opportunity to attend their first Grand Prix race in Italy where the two watched a then Andretti brother idol and Formula One world champion Alberto Ascari compete.

One year later and the two boys would arrive in the United States for the very first time where their racing dreams would officially take shape. “Three days after we came to the states, at the age of 15-years-old, we found out that there was a dirt race track in our new hometown of Nazareth, PA and we couldn’t wait to check it out.”

After spending time as spectators at their home track of Nazareth Speedway for the first two years, the Andretti racing family was officially born as Mario and Aldo began building their very first modified stock car, a 1948 Hudson Hornet Sportsman Stock Car. Despite having very little money, this friend and family based team began competing for the very first time. Despite Mario’s brother not having the same good fortune, Mario would see his career flourish from the first time after winning 20 races in his first two seasons.

After competing at his home track for several years, Mario experienced his ‘first victory of consequence’ in 1962 after receiving the opportunity to compete in a 100-lap feature TQ Midget race in Teaneck, NJ. In 1963, Andretti won three additional midget races on the same day – one at Flemington, NJ and two at Hatfield, PA.

Two years later Mario’s career officially began after he joined the U.S. Auto Club in 1964. That year the soon-to-be legend finished third in the sprint car point standings and even competed in his first Indy Car event in Trenton, NJ, where he came very close to finishing in the top-10.

As he continued to compete in what would eventually become his long term chosen form of racing, Mario would win his first IndyCar race, the Hoosier Grand Prix, in 1965.  Mario would also finish third in his first Indianapolis 500.  After winning his first IndyCar championship the same year, this champion would continue to do everything that he could to prove that nothing could stop him from pursuing his long-time dream. 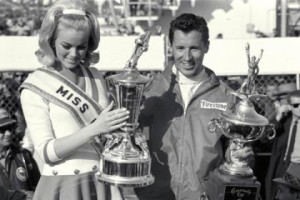 In fact, he moved from open wheel racing to compete in and win the most legendary of NASCAR races, in 1967 – the Daytona 500. Other than wanting to prove that he could compete with some of the best drivers of that time, Mario also decided that he wanted to compete in this and other forms of this sport due to his unending love and passion for motorsports.

“I love driving and this sport offers so many disciplines at the top levels of this sport,” said Andretti. “I was fortunate enough to have many opportunities made available to me, including this one, and I couldn’t wait to take advantage of this and every opportunity that came my way.”

The same year, Andretti would earn his second pole in the Indianapolis 500 and even compete in the 12 Hours of Sebring endurance race.  Is it any wonder why he would also earn a Driver of the Year title in 1967 as well?
In 1969, another unforgettable win would become Andretti’s as he won his first Indianapolis 500 despite suffering a serious crash during a practice run, where he suffered serious burns to his face, but didn’t let that stop him from both competing and winning his first Indy 500.

One part of the racing scene that Andretti also enjoyed was the international aspect.  “I actually competed in my first international race the year before I won in Daytona, in the 24 Hours of Le Mans,” said Andretti.

While this was Andretti’s first touch of international racing, he would continue to prove that he can continue to make a name for himself on the international circuit after competing and winning races along the Formula One Circuit, including his first win in a Ferrari in South Africa.

Andretti actually continued to dominate the international open-wheel circuit from the early to mid-1970’s, and even took home a Dirt Track title in 1974.

As the driver who seemed to have the ability to do almost anything that he could put his mind to, continued to compete in almost anything that came his way, Andretti would become an even bigger name in the motorsports world after he earned a Formula One World Championship in 1978.

It wasn’t until the early 1980’s that Andretti would return to the states to concentrate on IndyCar competition.

“The IndyCar Series was always good to me and even fulfilled every ambition that I had as a driver,” said Andretti. 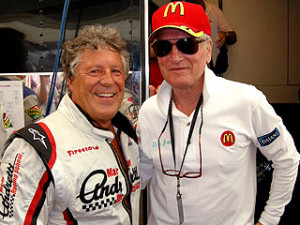 “When I came back from my stint in Formula One, I wanted to continue my career in the states and Carl Haas and Paul Newman welcomed me with open arms,” said Andretti.

While his famous father drove for Newman/Haas Racing for several years including winning the team’s first championship in 1984, Mario’s son Michael Andretti would also join the team and earn the second team championship in 1991. 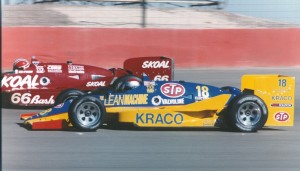 In fact, Mario and Michael would make history together in the 1986 Phoenix Indy Car event by becoming the first-ever, father-son front row in qualifying.

As Mario continued to compete in IndyCar throughout the early 1990’s, his family would also continue to be a dominating force in this side of the sport.

“Not only was my son Michael racing, but also my son Jeff and nephew John Andretti,” said Andretti.

In fact, in 1992 all four Andretti’s raced against each other in the Indy 500.  While an Andretti didn’t win this race that year, Mario’s nephew Jeff joined both Mario and Michael by earning his first Rookie of the Year title that year.

Although 1994 would be the year that Mario stepped out of the IndyCar Series, he didn’t let that stop him from going after that final missing trophy – the 24 Hours of Le Mans.  Although he didn’t quite get the win, Andretti did complete his driving career with an amazing second place finish overall.

Today, this legend is a motorsports mentor and a successful business man.  He is very influential to the IndyCar Series as well as rising stars like his own grandson Marco Andretti, who continues to compete in the Michael Andretti-owned IndyCar Series team Andretti Autosport.

What has been the best time of this legend’s career?

“Other than racing against my own family, becoming the world champion in 1978 is a moment that I will never forget,” said Andretti. “This was my ultimate goal when I began racing and seeing it come true was something that will stick with me forever.”

So what is the one piece of advice that this true Godfather of Racing can provide to all of you weekend warriors and aspiring motorsports champions out there?

“Follow your dreams,” said Andretti.  “If you have that dream of achieving something even at the ultimate level, stick with it.  There will be bumps in the road and a lot of obstacles, but if you believe and have that mindset that you can achieve it, you certainly can.”

If a courageous young boy from Italy, who endured many hardships before even coming the U.S. to reach for the stars, can achieve the genuinely amazing career that he did, why can’t we all?  I know that this is the way I felt after taking a ride in Mario’s well known IndyCar ride along experience a few years ago.

So as this Behind The Wheel writer tries to achieve her dream of telling more stories like this one, I encourage you to continue to pursue all your dreams as well.  As the 2016 race season continues, we will be jumping Behind The Wheel with more motorsports legends.  If you would like to see your favorite legend featured, please contact us at [email protected].